The new design for the official WordPress Theme Directory is live today. Contributors on the WordPress Meta team released a preview of the design in early January and worked quickly over the past month to resolve any outstanding issues related to the new plugin that powers the directory.

In addition to an updated design, the theme repository has been moved away from bbPress and into a new plugin, which includes a custom post type for the repository package and a theme uploader. 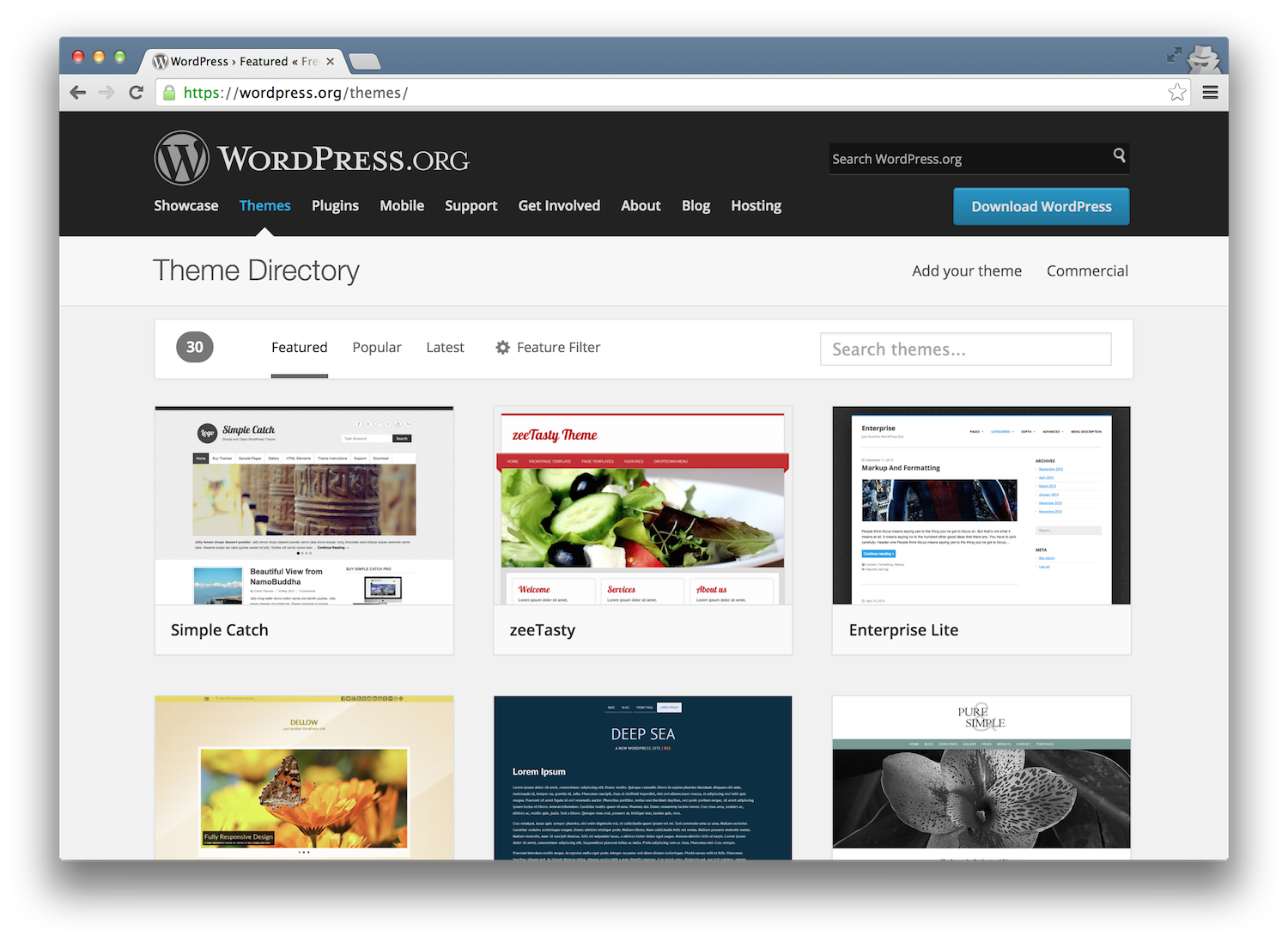 The design is likely already familiar to most users, as it was matched to the UI to the admin themes browser. Now, whether you’re behind the wheel of your WordPress site in the admin, or browsing on the official directory, the experience of searching and sorting themes is more consistent.

Konstantin Obenland, in cooperation with Samuel “Otto” Wood, spearheaded the migration to the new plugin and design, with help and feedback from other members of the meta team. The work is not yet complete, but the new directory provides a vastly improved experience for users on the hunt for a new theme. Searching and filtering are both faster and users can quickly browse through thumbnails of all the queried results via infinite scroll.

Future internationalization improvements to the directory should make it an even better resource for WordPress’ growing global audience.

“There is still a lot more work to be done, but everything that’s remaining can be added, changed, or improved with the new directory active,” Obenland said in an update earlier this week. “Most importantly we want to make it available to language sites, so that we have an internationalized theme directory, and there will be more to be done around that.”

The improved browsing experience does a much better job of showcasing the work of theme authors, many of whom spend countless hours updating and supporting their free themes as a contribution to the WordPress community. Overall, the new design is a better representation of the high quality themes available in the official directory.