This week the WordPress Front-end Editor team posted its progress on the Make WordPress UI development blog. Front-end editing capabilities are being developed as a feature plugin and will hopefully be considered for inclusion in the core sometime this year. It currently looks a little something like this: 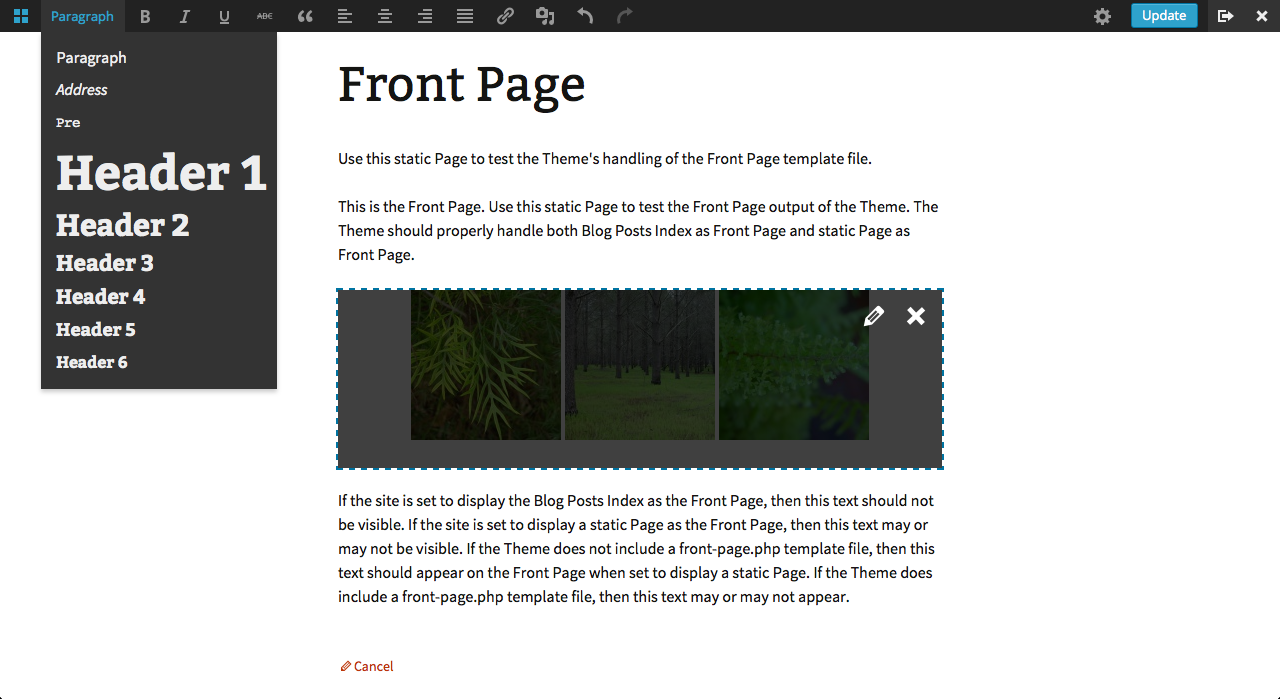 The plugin has improved by leaps and bounds since the last time I took it for a test drive. I’ve got it active on a site where I try everything that is fun. Despite the fact that it’s still under heavy development, the plugin is actually quite enjoyable to use. Editing posts on the frontend is lightening fast.

The most recent update includes the ability to create posts and pages from the frontend. Janneke Van Dorpe, the project lead, has also added more TinyMCE tools and a new modal window to display post meta boxes. This works in a similar way to the media modal.

Just after Christmas the team posted some exciting media updates to the plugin. The WordPress Front-end Editor now automatically embeds links supported by oEmbed. It can also generate a preview of galleries and captions and allows for adding, editing or removing featured images. This video is a quick demonstration of those features in action:

Since front-end editing is being developed as a feature plugin, you can test it out early if you’re feeling adventurous. Feel free to use it during its experimental stage and monitor the progress. You can find the WordPress Front-end Editor plugin in the WordPress plugin repository. There’s also a github mirror of the plugin. Please be advised that it is still under very active development and probably not suitable for a client site.

If you’d like to get on board to contribute, check out the open tickets for the plugin to see what is planned, report a bug or add ideas of your own. Contributors are welcome to join in on the next meeting scheduled for Tuesday, January 28, 2014 at 11:00 UTC-6 in #wordpress-ui.