Accessibility is one of those areas of WordPress contribution that hardly ever ends up in the spotlight. Much of the work that goes on in this area is invisible to the vast majority of users. Accessibility experts are generally in shorter supply than other types of contributors as well. Why aren’t more people involved in this important aspect of the web?

David Kennedy has been an active member of the WordPress Accessibility team for more than a year, and he believes that accessibility can be an artful science. His involvement began shortly after he started working on Accessible Zen, a free accessible WordPress theme. This led him to attend the weekly IRC meetings and contribute by testing patches. 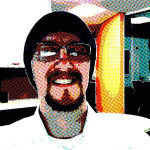 Kennedy first started learning about the basics of web accessibility while working for The Arc, a national nonprofit that helps people with intellectual and developmental disabilities. The more he dug into it, the more he enjoyed it. Now it’s part of his daily life as a frontend developer and contributor to WordPress.

Digging Deeper to Find the Beauty of Web Accessibility

I asked Kennedy to give us a window into why so few people are drawn to get involved with accessibility.

“The answers to web accessibility challenges and problems aren’t always clear,” he said. “So much of the right approach often depends on the context of the website or web application in question.”

Harnessing the right solution will often require delving deeper into the specifics of the content you’re trying to communicate. Kennedy cites a specific example:

Accessibility improvements are often implemented under the surface of the application and Kennedy says that the goal is to keep them invisible.

When web accessibility is done right, it’s undetectable. So it’s not something designers, developers or users can see to make a note of for future inspiration. You have to dig deeper to find the beauty in web accessibility. But trust me, it’s there.

Kennedy and other WordPress accessibility contributors are working together to improve the application along these lines with an initial focus on modernizing their testing tools.

The WordPress Accessibility team is moving toward automating testing in order to improve its efficiency. Kennedy hopes that automated testing will bring accessibility improvements to a new level, as well as help to educate other types of contributors, i.e. designers and developers:

Its biggest benefits include helping us find simple errors, like missing form labels or missing alt attributes, and alerting us to potentially large trouble spots within code that may need more manual testing. Automated accessibility testing also shows many developers that accessibility is as much a code quality issue as it is a design and user interface challenge.

Pursuant to that goal, Kennedy contacted Jesse Beach from the Drupal project. She is a contributor to QuailJS, a jQuery plugin for checking content against accessibility guidelines. The Drupal Accessibility team already has this in the bag and the application is well-known for its attention to web accessibility guidelines. Their input has been invaluable to WordPress contributors, who may opt for incorporating QuailJS or a similar tool as part of their testing suite, depending on what fits.

Some of WordPress’ accessibility team members have joined in the Drupal Accessibility Group’s Skype chat and a few Drupal members have jumped in on the WordPress IRC chats. They’re brainstorming new ways to keep the conversation going for improving both projects.

What exactly do WordPress and Drupal have to gain by collaborating on accessibility? Kennedy has a few thoughts:

At a broad level? More accessible, open software meaning that more people can create content on the web. Deeper than that? More efficient processes around managing accessibility in large, open software projects.

Potentially, a unified way to approach new accessibility web standards, meaning if both Drupal and WordPress adopt a standard quickly, it might help push browser makers to move sooner.

Modernizing the testing tools that WordPress accessibility contributors have at their disposal is the first step towards getting on the same page.

The accessibility team remains rather small, with just a handful of regular contributors. But you don’t have to be an established accessibility wizard to join the team. Kennedy offers a new way to look at the field.

“Web accessibility crosses all disciplines and touches every aspect of the web. But many people don’t realize they already have what it takes to make a project accessible. We have to embrace that.

“Good web accessibility comes down to making informed decisions, making sure the people involved have an awareness of accessibility and paying attention to the smallest of details throughout,” he said.

“Notice I didn’t mention anything about design, specific accessibility standards or coding. It usually starts with asking the question, ‘How’s this really going to work?’ Anyone can help us do that.”

If you’re interested in learning more, join the WordPress accessibility team at make.wordpress.org/accessibility. You’ll find a group of contributors who are passionate about making the web a better place.