Medium started 2017 on uncertain footing, laying off a third of its staff in January after admitting that its ad-based business model was not working.

“We had started scaling up the teams to sell and support products that were, at best, incremental improvements on the ad-driven publishing model, not the transformative model we were aiming for,” Medium CEO Ev Williams said. “To continue on this trajectory put us at risk — even if we were successful, business-wise — of becoming an extension of a broken system. Upon further reflection, it’s clear that the broken system is ad-driven media on the internet.”

Williams said that Medium will be taking “a different, bolder approach” to this problem of driving payment for quality content but that “it is too soon to say exactly what this will look like.” Medium may be experimenting with paid subscriptions in the future, but the company has yet to articulate its next strategy for monetization.

Publishers that don’t want to stick around for Medium’s next round of experimentation can now easily migrate to WordPress. Automattic announced a new Medium importer for WordPress.com today and the company also plans to make it available to self-hosted WordPress sites through Jetpack. 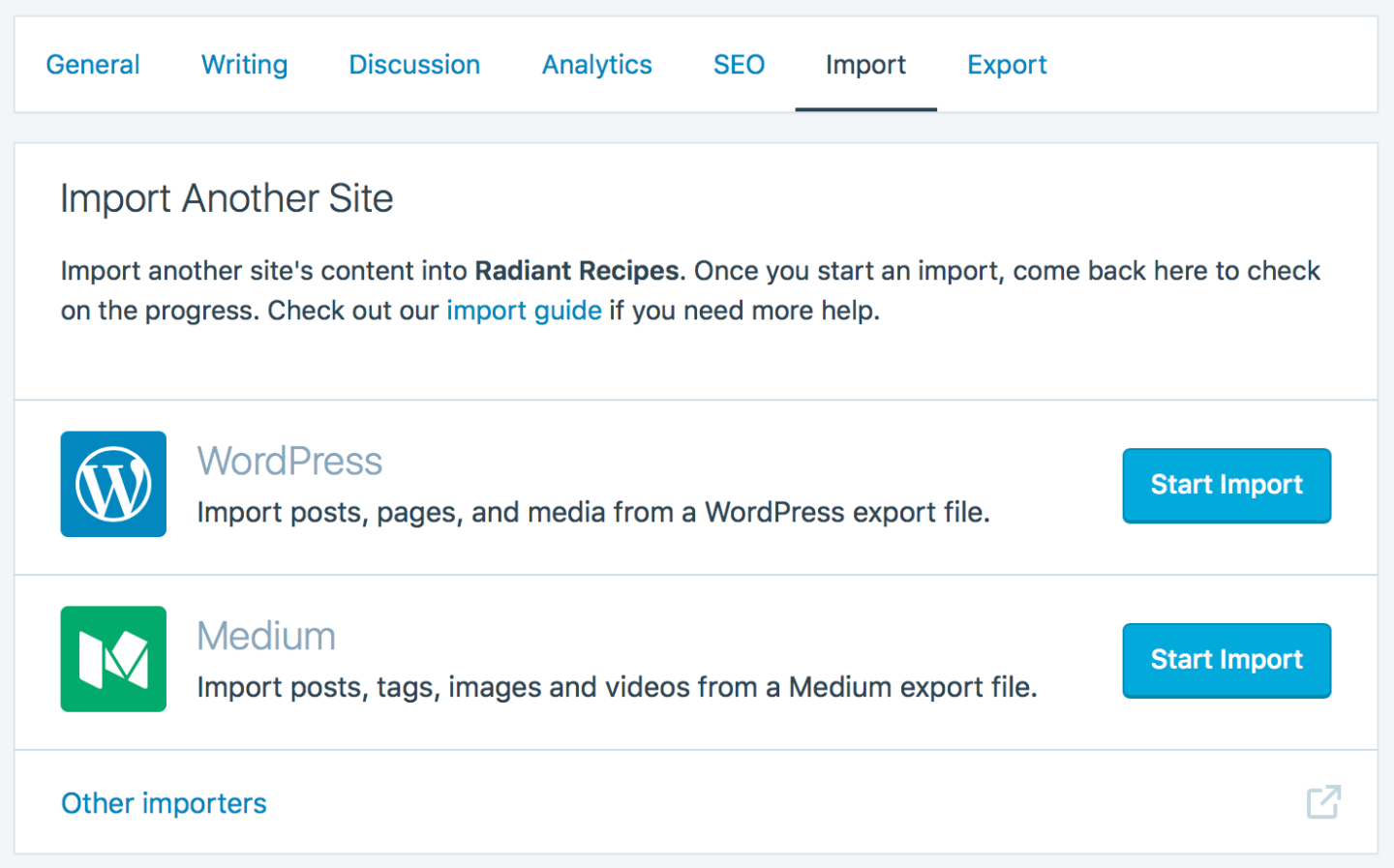 “Using the provided RSS file from Medium’s export archive was not sufficient, because some of the post data, like embeds, is missing,” Automattic developer Marko Andrijašević said. “Because of that, we are combining the data available in RSS and exported HTML files to accurately reproduce the post’s content.”

Medium hasn’t made it easy for publishers to leave with their full content and has changed the format of its exports multiple times in the past. Andrijašević said this is one of the reasons it took WordPress.com so long to add an importer, along with the fact that the provided data in the exported archive was not sufficient to import everything correctly.

In addition to its uncertain future and unsightly permalinks, Medium gives users plenty of other reasons to be wary of the platform. Publishers were not notified in advance about the company’s “renewed focus” and its plan to abandon the advertising model. Medium’s product is its users’ content and the company’s terms of service state that it can use that content to promote its own products and services, enable advertising, and “remove any content you post for any reason.”

Part of the appeal of Medium is that it removes the burden of site management. Publishers are now expected to navigate things like AMP, FB Instant Articles, social networks, and SEO to drive traffic to their websites. With Medium, publishers are trading site ownership for convenience. If the company is not able to find a workable way to monetize users’ content, it has a very real chance of joining the hundreds of blogging silos that have died or been bought by a competitor simply to be shut down and have their technology reabsorbed.

Medium’s publishing experience is entirely geared towards making the company successful by monetizing the efforts of publishers on its network. In a post titled The Billionaire’s Typewriter, Matthew But­t­er­ick writes about how the platform’s limitations on features and customization are designed to “let Medium extract value from the talent and labor of others.” He describes digital sharecropping in its shiniest form:

Be­cause in re­turn for that snazzy de­sign, Medium needs you to relinquish con­trol of how your work gets to readers.

Tempt­ing per­haps. But where does it lead? I fear that writ­ers who limit them­selves to pro­vid­ing “con­tent” for some­one else’s “branded plat­form” are go­ing to end up with as much lever­age as cows on a dairy farm.

Publishers who want to determine the trajectory and reach of their own work need to migrate to a more stable platform where they have full control of their content. It’s not yet clear how Medium plans to monetize in the future, but the company will undoubtedly continue reaping the economic rewards of its publishers’ work. Whether you choose open source software or some other avenue, it’s worth leaving Medium’s grand experiment in order to own your own work.