WordPress 5.2 Pushed Back to May 7, RC 1 Now Available for Testing

WordPress 5.2 was originally scheduled to be released on April 30, but has now been pushed back to May 7, due to the number of open tickets last week (43). There is now only one ticket remaining on the 5.2 milestone for completion of the About page and WordPress 5.2 RC 1 is ready for testing.

The upcoming release will bring major improvements to the block editor (everything released in the Gutenberg plugin prior to version 5.4). This includes the new block management capabilities and several new blocks that were ported from core widgets.

WordPress 5.2 will introduce a new admin interface for Site Health under the Tools menu. It runs tests that deliver results categorized as critical, recommended, or good, along with action items for users to improve their settings. The Information tab was added for basic debugging and provides information about the website and server setup. 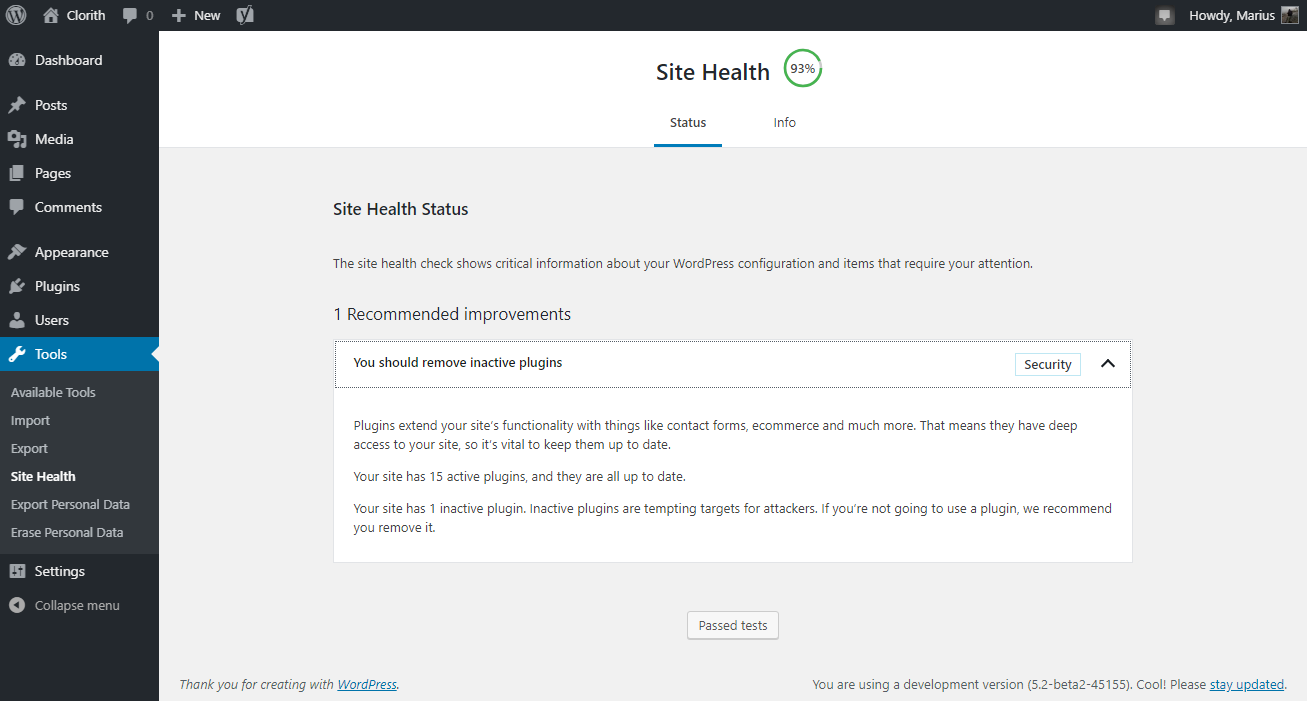 A new feature called “fatal error recovery mode” is also included in this release. It pauses themes or plugins that are causing a fatal error and puts the site into recovery mode so the user can still access the admin to troubleshoot the issue. Users should experience fewer “white screen of death” situations with this new feature in place.

WordPress 5.2 brings a host of accessibility improvements to various admin screens for users who rely on assistive technologies. It also makes it easier to customize and design WordPress’ included Privacy Policy page.

Check out the 5.2 field guide for a detailed breakdown of everything that’s coming in the upcoming release. If you want to get a sneak peak and help test the release candidate, the easiest way is to install the Beta Tester plugin and select the “bleeding edge nightlies” option.

8 responses to “WordPress 5.2 Pushed Back to May 7, RC 1 Now Available for Testing”