One of the challenges of organizing a WordCamp is coming up with general swag for the event that will delight attendees, as opposed to filling swag bags with cheap plastic junk. Organizers are also tasked with arranging a gift for speakers. WordCamp Miami, which will be entering its ninth year running in 2017, is well known for creating fun collectibles for attendees and speakers. Last year the team gave “WordPress developer” cards as speaker gifts.

This year organizers created a deck of Wapuu Uno cards, dubbed “Wapuuno,” as a gift for speakers. Each card features a different wapuu, most of which were designed for past WordCamps in various locations around the world. Organizer David Bisset created the deck based on open source Wapuus that are publicly available. 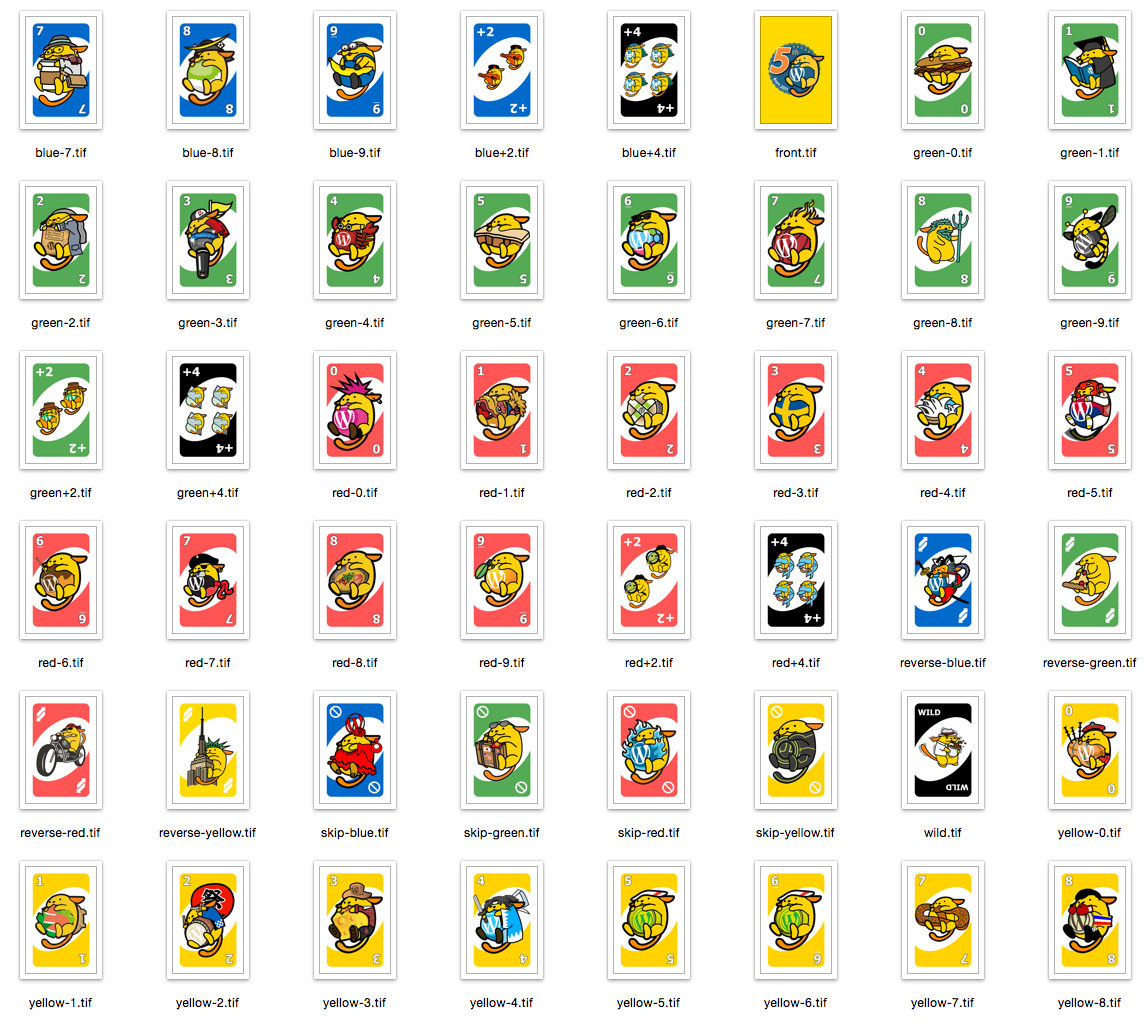 I asked Bisset what he would recommend to other WordCamp organizers who are stumped about what to get speakers. “I don’t think speaker gifts need to be anything meaningful,” he said. “Miami does these out of fun, but organizers shouldn’t be pressured to do these things. If they are stumped, sometimes a gift is simply a nice coffee or trinket.”

The Wapuuno cards are now available on GitHub for anyone to download and print. Bisset joked that WordCamp Miami organizers are looking into creating Candy Land style Wapuu cards in 2017 but is hoping that other WordCamp organizers will beat them to it.