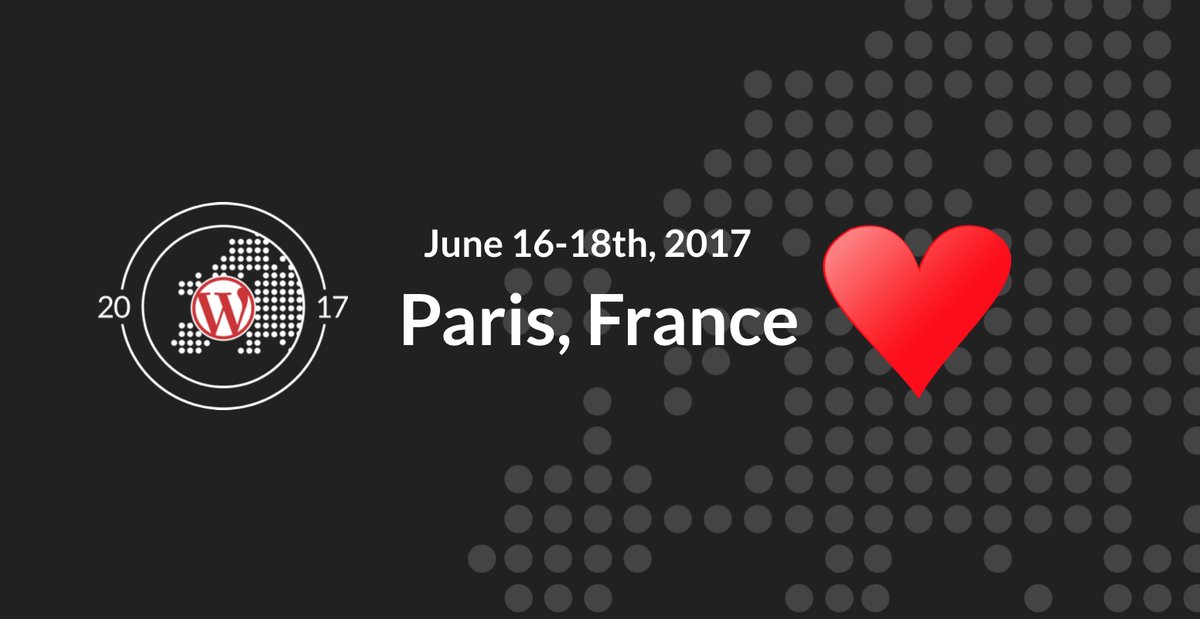 WordCamp Europe took place over the weekend in Vienna with nearly 1900 attendees on the ground and more than 1,000 tickets claimed for live streaming. The event received 150 micro-sponsorships and support from more companies than ever before.

During the closing remarks, lead organizer Petya Raykovska announced that WordCamp Europe 2017 will be held in Paris, France, June 16-18 at The Docks. The team is moving the event back a week in hopes of avoiding the brutal summer heat. Raykovska will pass the torch to Paolo Belcastro, who will lead WCEU with help from local team lead Jenny Beaumont.

The application process for WCEU host cities began in December 2015. According to Raykovska, the core organizing team had a difficult time selecting from the three excellent applications that were submitted from Paris, Porto, and Krakow.

Raykovska said that the Paris and Porto applications were strongest, because the local teams had volunteered previously at WordCamp Europe. As the camp grows larger, having an experienced local team has become a more important factor for selection.

“Between Paris and Porto, the decision was not that hard because, unfortunately, the venue the Porto team had chosen, did not have any capacity for the event to grow from this year’s numbers,” Raykovska said. “It’s top capacity was 2000 people and that would basically mean we would need to ask 200 people who bought tickets this year that they would not be able to come.”

While the Porto team was very well prepared and had selected a stunning venue, Raykovska said that the smaller venue capacity made it easy for the core team to select Paris.

“We want to organize WordCamp Europe in every European city that has an active community, but for now it can only be in one place per year,” she said. Raykovska shared with the audience what the leadership team looks for in the host city:

The website for the 2017 event is up and ticket sales are already open. Attendance at WordCamp Europe has grown every year and organizers fully expect that 2017 event will be even larger. The first 2,000 tickets are now on sale and organizers have the capacity to make more available as needed.