What Naming Convention Do You Use For WordPress Media?

After six years of serving cold beverages at the Tavern and publishing more than 2,100 posts, our media library has over 2,770 images. Over the years, the meta information I give images has changed from very little to as descriptive as possible. For example, we use a theme that utilizes featured images. When I upload a featured image, I’ll give it a title that’s descriptive to the post it will be attached to. 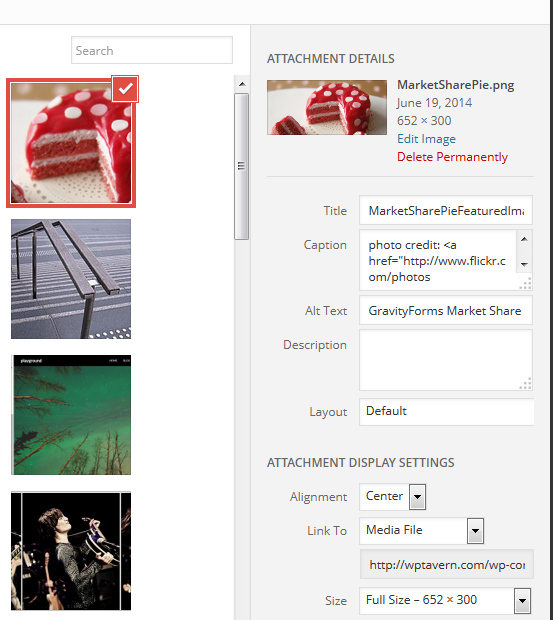 When I need to reuse a featured image, all I have to do is search for Featured Image in the media library. The search results are made up of all of the previous featured images I’ve uploaded. Since we don’t have too many to wade through, finding the one I want doesn’t take long.

The WordPress media library is an archive of content. The larger it gets, the more difficult it can be to find things. Personally, I think being as descriptive as possible with each field with the exception of the caption is the easiest way to improve the media library search engine results. If I fail to be descriptive with images and provide ample meta information, then whose fault is it when the media library can’t find what I’m looking for?

This is one of those areas of WordPress where I believe users are empowered. They have the choice of either providing as much or as little information as possible. I think the less information provided over time could prove to be detrimental to the media library search functionality. I’d love to hear from those with experience in this area, especially from site owners who have thousands of items within their media library.

What naming convention you use to manage your WordPress media library? Do you use any plugins to aid in media management? I don’t think my convention is the best, but it works for me.

11 responses to “What Naming Convention Do You Use For WordPress Media?”