StudioPress Puts WooCommerce Compatibility on the Roadmap for New Themes

In Rainmaker.fm’s recent interview with Matt Mullenweg, StudioPress founder Brian Gardner confirmed that the company has put WooCommerce compatibility on the roadmap for its themes, starting with new products first. The “unofficial announcement” was not a secret, as Gardner has been hinting at it on social media and also posted a sneak peak on Dribbble of StudioPress’ upcoming WooCommerce theme. 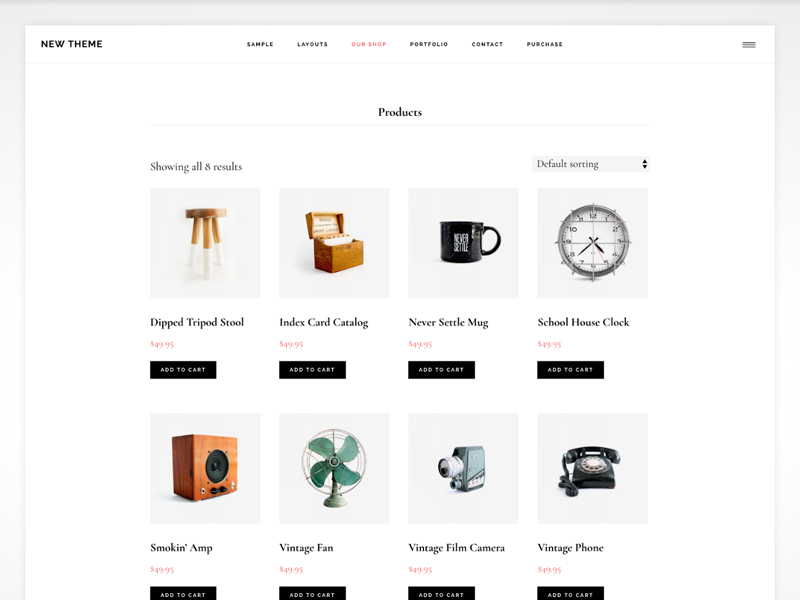 “We are focusing our themes and I’m literally designing one as we speak that will be WooCommerce compatible,” Gardner said. “The writing is on the wall. We’re now at a point where we can focus and dedicate some of our time. My hope is that we can take all our existing themes on StudioPress and work in the WooCommerce component – at the very least – to make WooCommerce out of the box look good.”

StudioPress, one of the oldest shops in the WordPress themes marketplace, has 58 themes in its collection, including 18 themes developed by third parties. Getting the entire collection compatible with WooCommerce will take some time. Gardner said the company’s initial focus will be ensuring compatibility for all new products.

“Our emphasis then will be on continuing to just design and develop themes for the Genesis framework and all that,” Gardner said. “But as a side note, all of our themes will be styled at a basic level for anyone who wants to use a theme and start selling stuff. So WooCommerce and e-commerce for us is definitely on the radar and the roadmap.”

StudioPress plans to release its first WooCommerce theme in the next couple weeks.

Matt Mullenweg, the featured guest on the podcast where Gardner confirmed StudioPress’ plans to add WooCommerce compatibility to the roadmap, seemed pleasantly surprised to hear the news. As CEO of Automattic, Mullenweg would arguably be StudioPress’ chief competitor for WooCommerce theme products, but he shared an interesting approach to competition within the WordPress ecosystem.

“We can compete and cooperate at the same time, especially if you think long term,” Mullenweg said. “I just think of it as what is the best long-term thing for WordPress as a whole?”

Since acquiring WooCommerce, Mullenweg said Automattic has increased the size of the Woo team by over 40% and the developers on the core software have gone up by 5x.

“There’s a lot more people working on the software and we’re looking at it from a very long term view,” he said. Mullenweg elaborated on his vision for making WooCommerce “a commerce engine for the next decade:”

E-commerce for WordPress needs to be a platform, meaning that the core software that drives the commerce engine needs to be available as widely as possible and really robust. It needs to be something that scales from a small store selling just a handful of t-shirts to really huge stores with 60 – 70,000 SKUs doing tens of mullions or hundreds of millions of dollars of revenue. We wanted that to be something that lots of other businesses could be built on. Woo was the best fit that we identified at the time.

Mullenweg, who has in the past identified external threats to WordPress as far bigger than any intra-WordPress open source threats, encourages WordPress businesses to work together. Mullenweg noted that Wix is spending 160 million dollars this year in advertising to drive people signing up.

“These are things we have to keep in mind and also do some coordination across the community,” he said. “If we all kind of run our own directions and just try to localize and maximize our own profits and everything, we’ll be out-gunned by these other companies. Because the truth is that Wix’s $300M in revenue is bigger than any company I’m aware of in the WordPress space individually, but it’s much smaller than we are collectively. So then the question becomes: How can we work together? How can we team up? And how do we get the right philosophies and the right ways of doing business and best practices so that as we do our own things in our own places, we’re heading the same direction in a way that no company could ever compete with – just like the Encyclopedia Britannica could never compete with Wikipedia.”

During his WordSesh session this year, Mullenweg said he has been entertaining the idea of organizing a WordPress Growth Council for those who are “invested in WordPress’ growth and whose business models are predicated on the growing pie of WordPress.”

“We can grow the pie far faster than we can take a share from people in the same pie,” Mullenweg said. “There’s a much bigger opportunity.” Embracing WooCommerce themes competition from companies like StudioPress, while increasing opportunities for all companies who want to compete, is one example of this idea in action. Gardner said Automattic’s greater vision for WooCommerce, following its acquisition, was one of the major factors in his decision to add WooCommerce compatibility to the StudioPress roadmap.

Mullenweg has not yet published any official plans for the possibility of a growth council, but his response to intra-WooCommerce competition seems to set a precedent for cooperation within the community with an increased focus on competing together against external threats to WordPress.