In March, the Shortcake project officially began its journey as a feature plugin with regular meetings for contributors working to make it ready to propose for inclusion in WordPress core. The plugin provides a friendly UI for adding shortcodes and transforms them to render a nice preview in the visual editor. 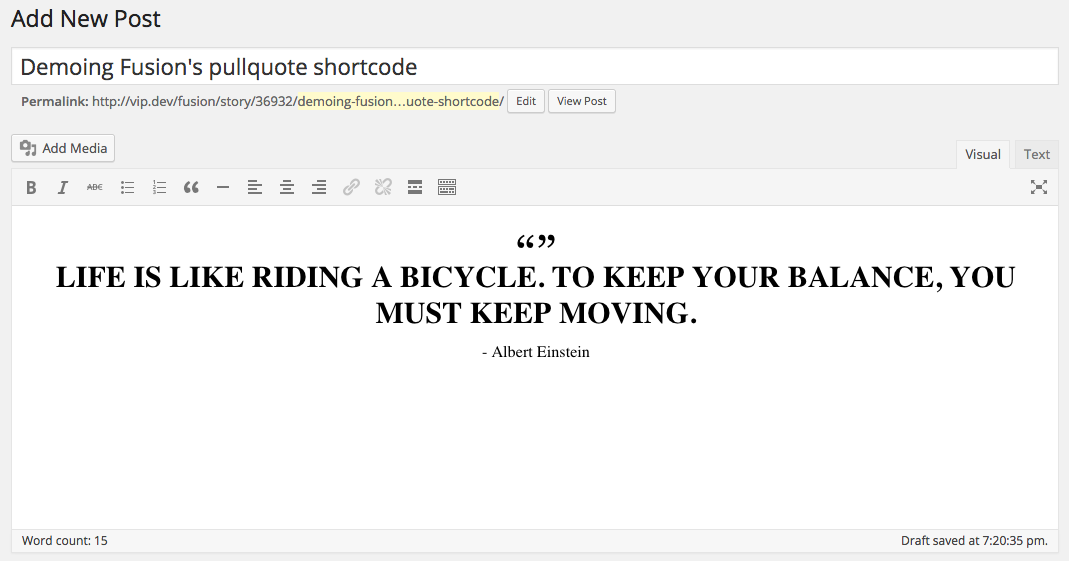 Last week, Daniel Bachhuber and the engineering team at Fusion released Shortcake Bakery, a plugin that extends the Shortcake project to supply a suite of handy shortcodes for publishers. The plugin currently includes the following:

“We’ve been steadily making shortcodes for use by the Fusion newsroom since we launched Shortcake in November, and by releasing these universally useful patterns to the world, we hope to create a large repository of structured post elements for use by the WordPress community,” Bachhuber said.

For example, Shortcake Bakery supplies a friendly UI for embedding an infographic from Infogra.am. The author selects the post element and then pastes in the URL to the infographic. It instantly appears in the post editor with a TinyMCE preview.

Version 0.1.0 includes nine useful post elements that make it easy to embed content from external services commonly referenced by publishers. Shortcodes for Instagram, Tubmlr, and Silk are listed as possible upcoming enhancements on the project’s GitHub issues queue. Shortcake Bakery is an open source plugin and is now available on WordPress.org. It works best when combined with the Shortcake plugin.