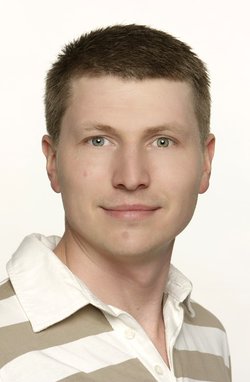 Sergej Müller is saying goodbye to WordPress after nine years and nearly three million downloads of his free plugins. Antispam Bee, his most popular contribution, is currently in use on more than 200,000 WordPress sites.

Müller penned a farewell Gist on GitHub in his native German, which Caspar Hübinger was kind enough to translate into English.

For me, a chapter of my life is coming to an end. A chapter that has brought an abundance of experience, learning, and fun. A chapter that, on the other hand, demanded a lot of time, nerves, and motivation. But where there’s a will, there’s a way, and I deeply hope my software and my commitment may have made the WordPress community a bit better in terms of quality.

Müller is discontinuing his WordPress contributions due to health reasons, but he plans to find a suitable successor who will be able to deliver the level of quality and support that his users have come to expect. His plugins, most notably Antispam Bee, Cachify, Statify, wpSEO and Optimus, are used widely around the world, particularly throughout Germany, Austria, and the germanophone parts of Switzerland.

Hübinger, who is active in the German and European WordPress communities, has been using Müller’s plugins for the past six years.

“Just as valuable for me personally were his blog posts and tutorials,” he said. “I pretty much learned WordPress development from his blog, and Frank Bueltge‘s.

“There are a lot of comments expressing great surprise. No one saw him quitting, obviously. Sergej has been a key figure of the German-speaking WordPress community for the last nine years. While not quite so popular beyond the Germanophone context, I think his note that almost every WordPress user over here has heard of or uses at least one of his plugins is no exaggeration.”

While Müller does have a couple commercial plugins available, he has never made a living from them. For the past nine years he has been working as a software engineer outside of WordPress. Anyone aspiring to adopt his plugins will need to meet the high standards that he has set in terms of quality and support, especially in regards to supporting the German community.

“Monika Thon-Soun, a WordPress veteran from Austria, mentions she doesn’t remember a single instance where one of Sergej’s plugins would have been hacked,” Hübinger said. “Given the popularity of his plugins, that’s truly worth mentioning, as it underlines a character feature that everyone loves him for: reliability.”

Müller’s plugin contributions have always been a hobby for him but he is no longer able to sustain their development and support. He is currently in conversations with parties who are interested in his projects and will announce the new maintainers once it has been finalized.

Sergej Müller’s contributions signify the importance of having WordPress extensions and tutorials available for users to learn WordPress in their own language. His role in cultivating the German development community and supporting its many users will not be easily filled.

“As a friend, I understand and support his decision completely,” Hübinger said. “As a WordPress user, it’s…a catastrophe.

“Whoever follows him on G+ will have seen occasional moments of disappointment. In those moments, you could see all his passion. Because it really wasn’t about money for him. Acknowledgement and paying it forward is his favorite currency.”