WordPress core doesn’t make it easy to edit text strings, but a little plugin called Say What? has been quietly gaining a solid user base by providing this functionality. It allows users to edit text strings without editing WordPress core or plugin code. Lee Willis released Say What in 2013, but the plugin had a significant jump in users in 2016, doubling the number of active installs from 5,000 to 10,000 sites.

Willis, who is the author of 22 plugins hosted on WordPress.org and many more commercial extensions, created Say What while working as a Drupal developer.

“One of our must-install Drupal modules was called String Overrides, which inspired Say What?” he said. “At the agency I was working at we used it regularly on virtually every site build to override plugin, theme, and core strings in a ‘non-hacky’ way. Given that, I knew that the problem was there to be solved on WordPress, and that something that worked well would be useful to people.” 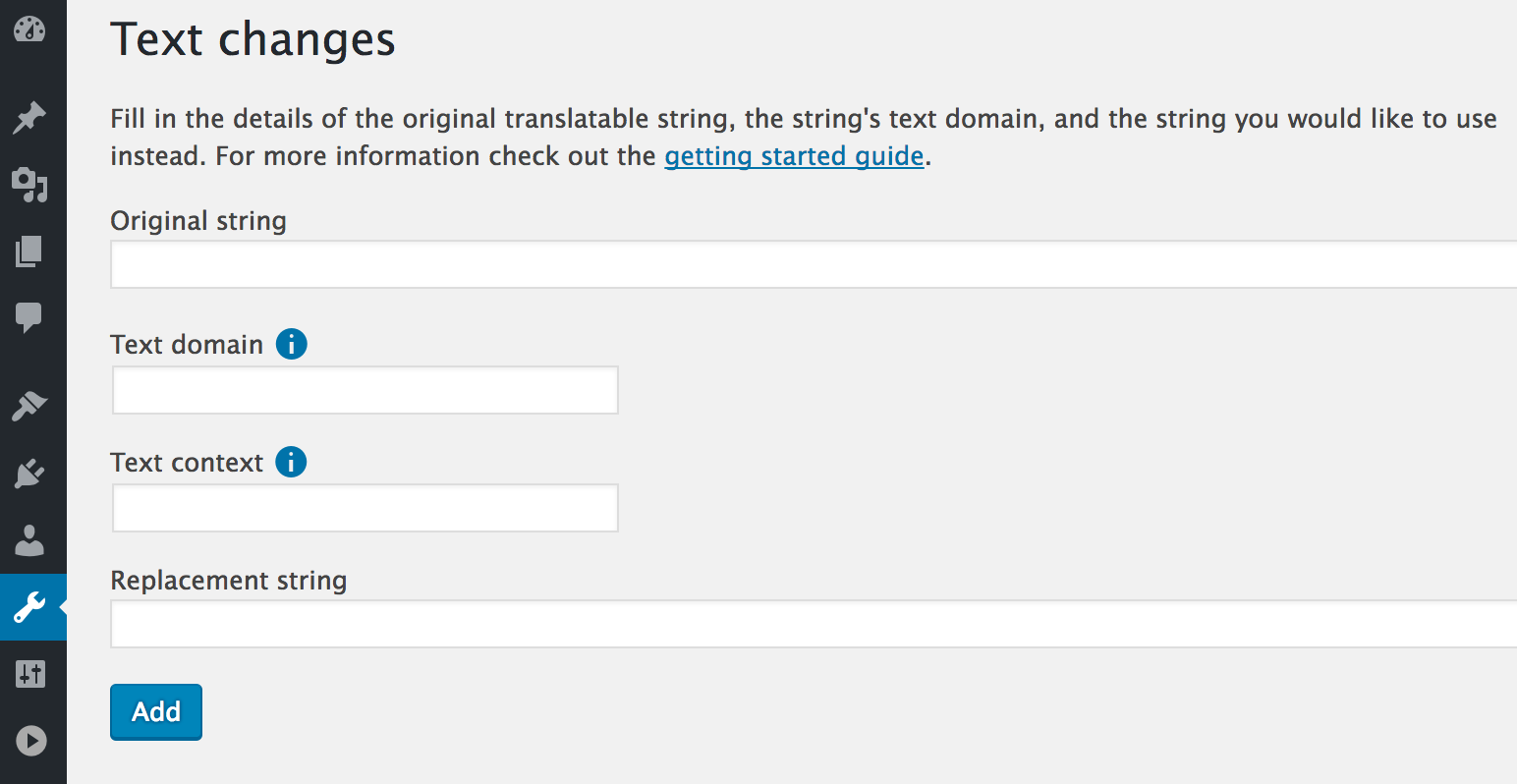 This plugin is a good option for those who are not comfortable sifting through PHP files and adding a filter to change the text. If you just have a handful of strings to replace, it’s more convenient than using a translation tool like POEDIT to edit the language files. All of the text changes are listed together in the Say What admin panel, so they can be easily changed at any time without editing any files.

Willis said users don’t often experience conflicts with themes and plugins, as there is so little frontend functionality included in the plugin.

“The main areas of support tend to be around locating particular strings, or issues where broken custom code is breaking the filters that Say What uses,” Willis said. After speaking with friends at a WordCamp in March 2015, he decided to create a commercial version to address this issue and a number of other feature requests.

“The free version was out for about two years before I launched the Pro version,” Willis said. “The only issue people tended to have with the free version was around finding the information they needed for the ‘original string,’ so I decided to build out the String Discovery feature as the first feature of the Pro version. This lets users search for the string using autocomplete functionality, making it much easier to set up replacements without delving through theme or plugin code.”

Say What increased in popularity in 2016 and has maintained a 4.6-star rating on WordPress.org. It is becoming more frequently recommended by support teams of other plugins when customers ask about how to change text strings.

“It’s great to know that it’s being used to help people build more future-proof sites without resorting to hacking plugin or core code just to change strings,” Willis said. “Even for people familiar with plugin and theme code, the String Discovery feature makes it a lot easier and quicker to set up replacements. It’s had a few new features over the last year, including support for multi-line, and single/plural style replacements.”

Willis said his Pro version proved to be fairly popular during 2016 and became one of his highest selling plugins. He recently added support for multilingual sites, the most often requested feature, allowing users to set up different replacements for different languages.

Willis does not have an extensive roadmap for the plugin, as he prefers to keep it uncomplicated and free of clutter. “I’m a big believer in plugins that do one thing, and do it well,” he said.

Say What is another successful instance of a developer solving one of his own problems and striking upon a successful commercial product. Willis said he didn’t fully anticipate how popular the plugin would become.

“As with most of my plugins it was also built to solve a problem that I personally was having at the time,” he said. “That said, I’m always (pleasantly) surprised when something does get popular.”

After testing Say What I found that Willis’ implementation is the simplest way for non-technical users to make a few simple string changes without the risk of breaking their websites. He is also very responsive on the support forums. The success of the Pro version is a good indication that Willis will be able to continue support and maintenance on the free plugin for the foreseeable future.