Today GitHub announced a new feature that allows project owners to block abusive users from public repositories. Users who are blocked will no longer be able to open or comment on issues or pull requests, nor will they will not be able to add or edit any of the project’s wiki pages. Blocked users are also prevented from forking any of the organization’s repositories. Blocking goes beyond a simple warning and is a serious capability for project owners to use at their discretion. 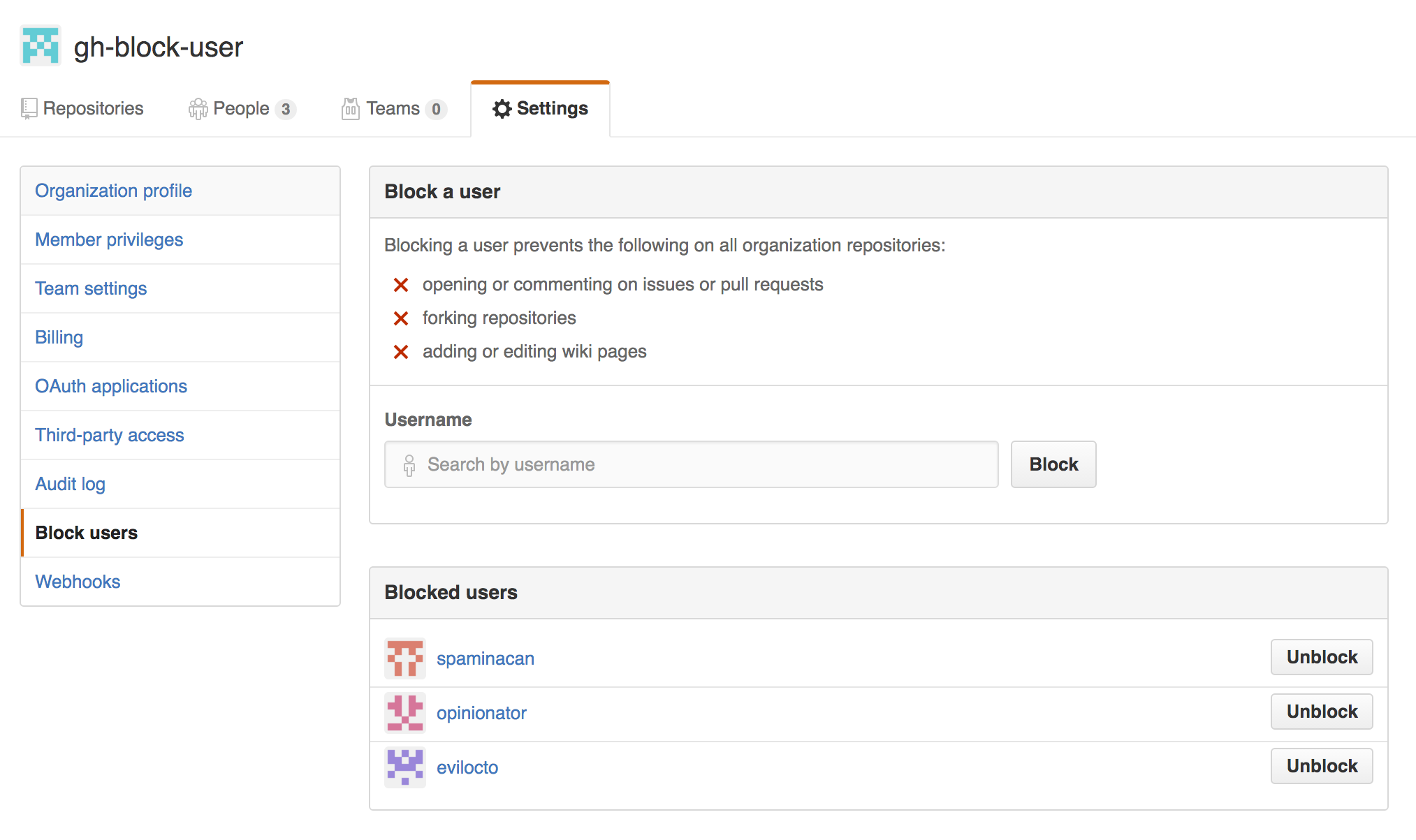 Many WordPress plugin authors opt to host their work on GitHub because of the burden of support on WordPress.org. When entitled users have unreasonably high expectations of the free support forum, they sometimes resort to abuse to try to force developers to assist them. At the very least, many abuse the star rating system and use it to communicate disappointment.

While GitHub caters to a different type of user (usually developers), the site is not immune to abusive users. The new blocking capabilities were added to help project owners encourage positive contributions. One foul user who abuses contributors can poison the well and rob a team of its forward momentum.

Open source projects often bring together a surprisingly varied array of personalities with differing opinions that can result in heated debates. On occasion, these kinds of conversations can devolve into ad hominem attacks and other unsavory comments. The definition of abuse will vary from project to project, but a definition in the project’s contributing file may help for the sake of transparency when blocking users. A record of which users have been blocked is added to the organization’s audit log, so this information is open and available to project contributors.