GitHub announced a new Dependency Graph feature at the Github Universe conference yesterday. It lists all the dependencies for a repository and will soon identify known vulnerabilities. The graph can be accessed under the Insights tab and currently supports Ruby and JavaScript dependencies with Python coming soon.

Public repositories display the graph by default and private repository owners also have the option to enable it. Below is a screenshot of Gutenberg’s dependency graph: 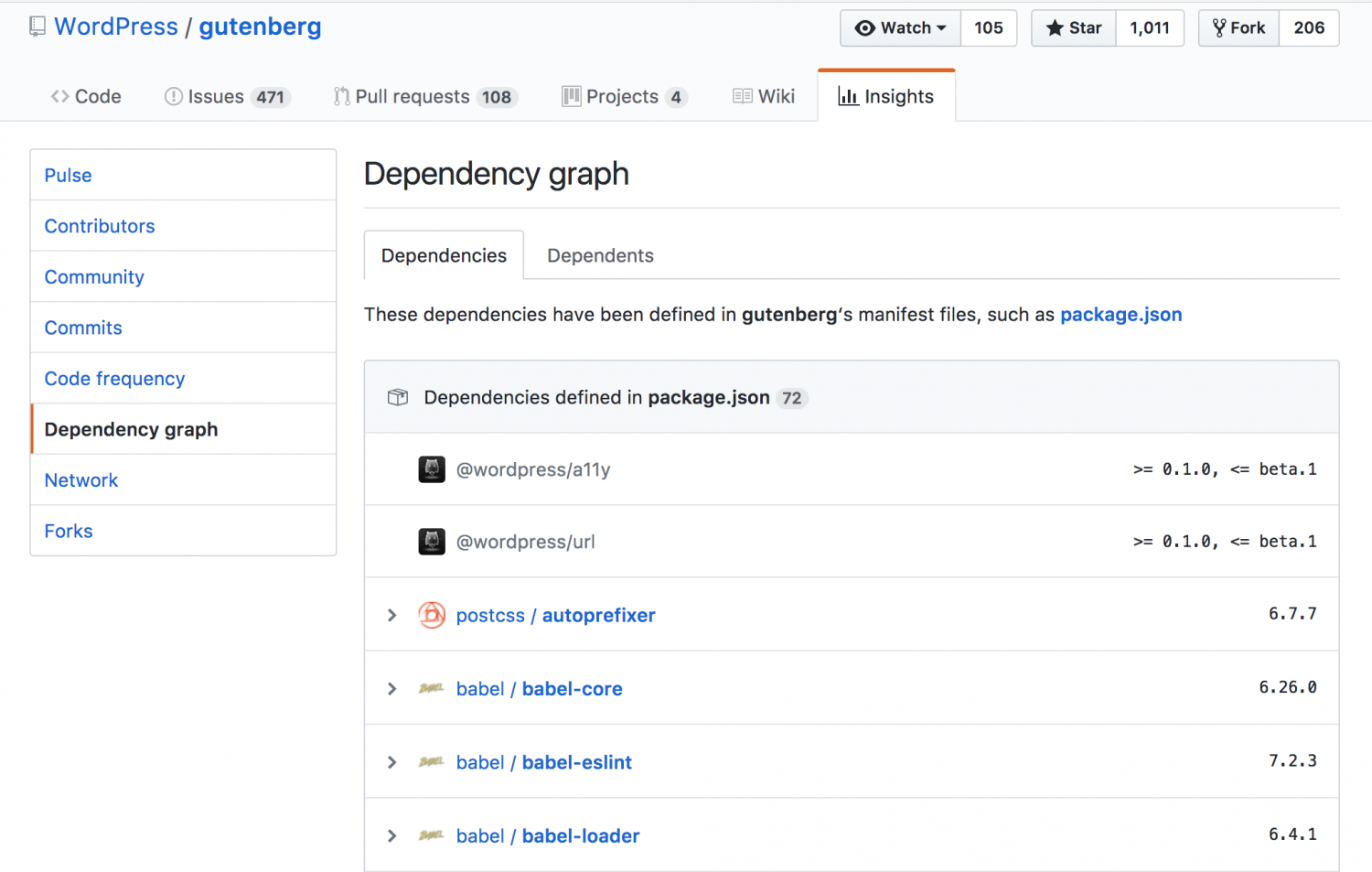 The dependency graph isn’t yet as useful as it could be for many PHP-based WordPress projects, but GitHub’s decision to start with support for JavaScript and Ruby dependencies is in line with the data the company collected from repositories. JavaScript and Ruby are among the top four most popular languages on GitHub, as measured by the number of pull requests. JavaScript is by far the most popular and PHP isn’t too far behind Ruby, according to stats from the State of the Octoverse 2017.

GitHub is also launching new efforts to connect its massive community. The company reported 24 million developers working across 67 million repositories in 2017. The new community features are aimed at helping developers make meaningful connections in the vast sea of repositories on the platform. Users will notice a new “Discover Repositories” feed in their dashboards that makes recommendations based on their starred repositories and the people they follow. 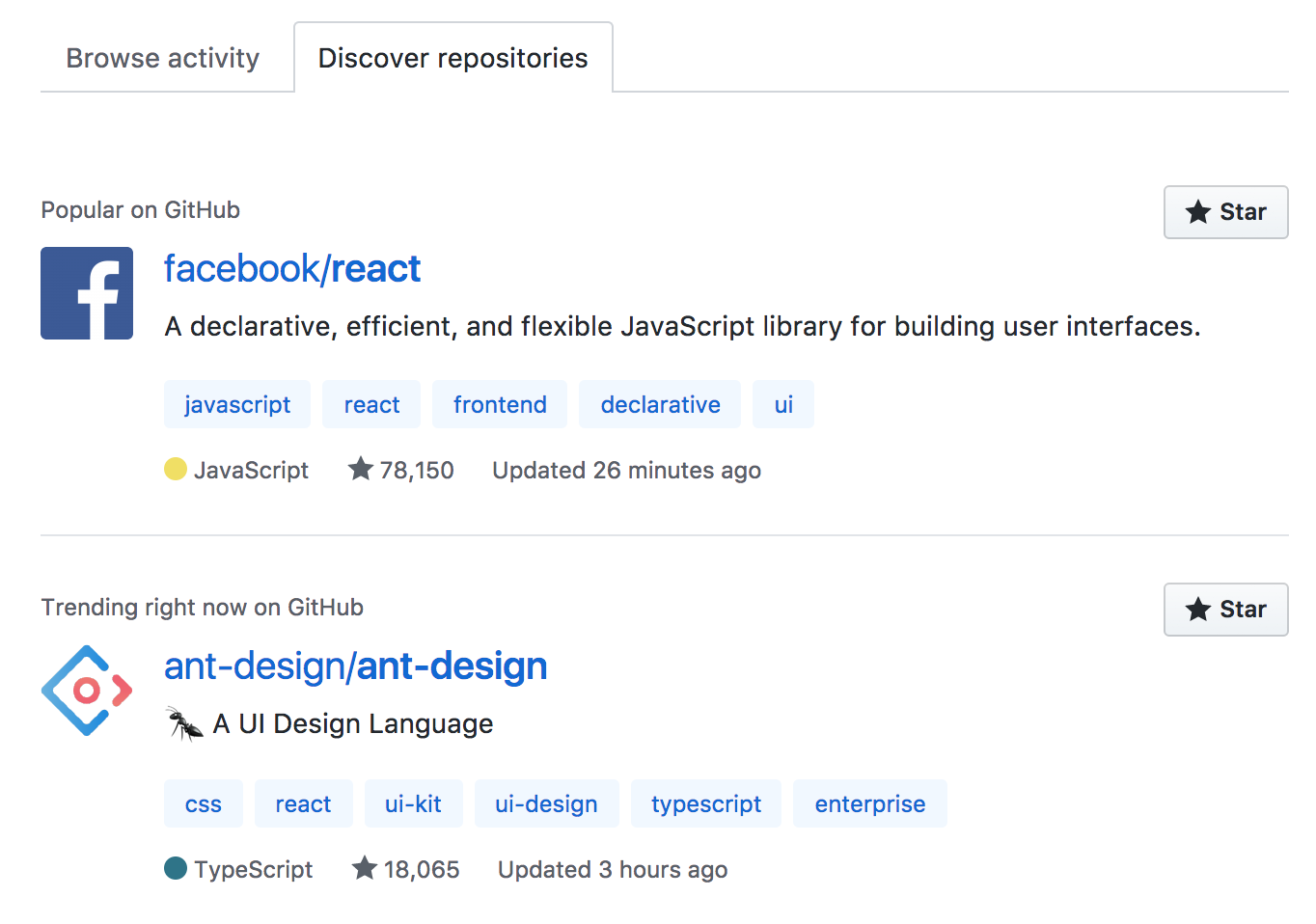