WordPress.org relaunched the plugin directory this week with a new design and improvements to the search algorithm. The redesign spent more than six months in beta for feedback and testing, but many contributors on the project said they felt their feedback was not taken into account. The result is that the new design shipped but has not been well received by the community. Most users and developers welcome the changes to the search algorithm, but the new UI for the plugin pages has received quite a bit of negative feedback.

One of the unpopular changes made during this refresh was the removal of individual plugin stats, which can now only be viewed by plugin admins. The decision may be temporary but depends on feedback from users.

In the meantime, if you’re missing plugin stats after the redesign, check out the new wpstats.me site. WordPress plugin developer Edward Dakin created it in just a few hours using the WordPress.org API’s. Visitors can enter a plugin’s slug and see recent and all-time download stats. 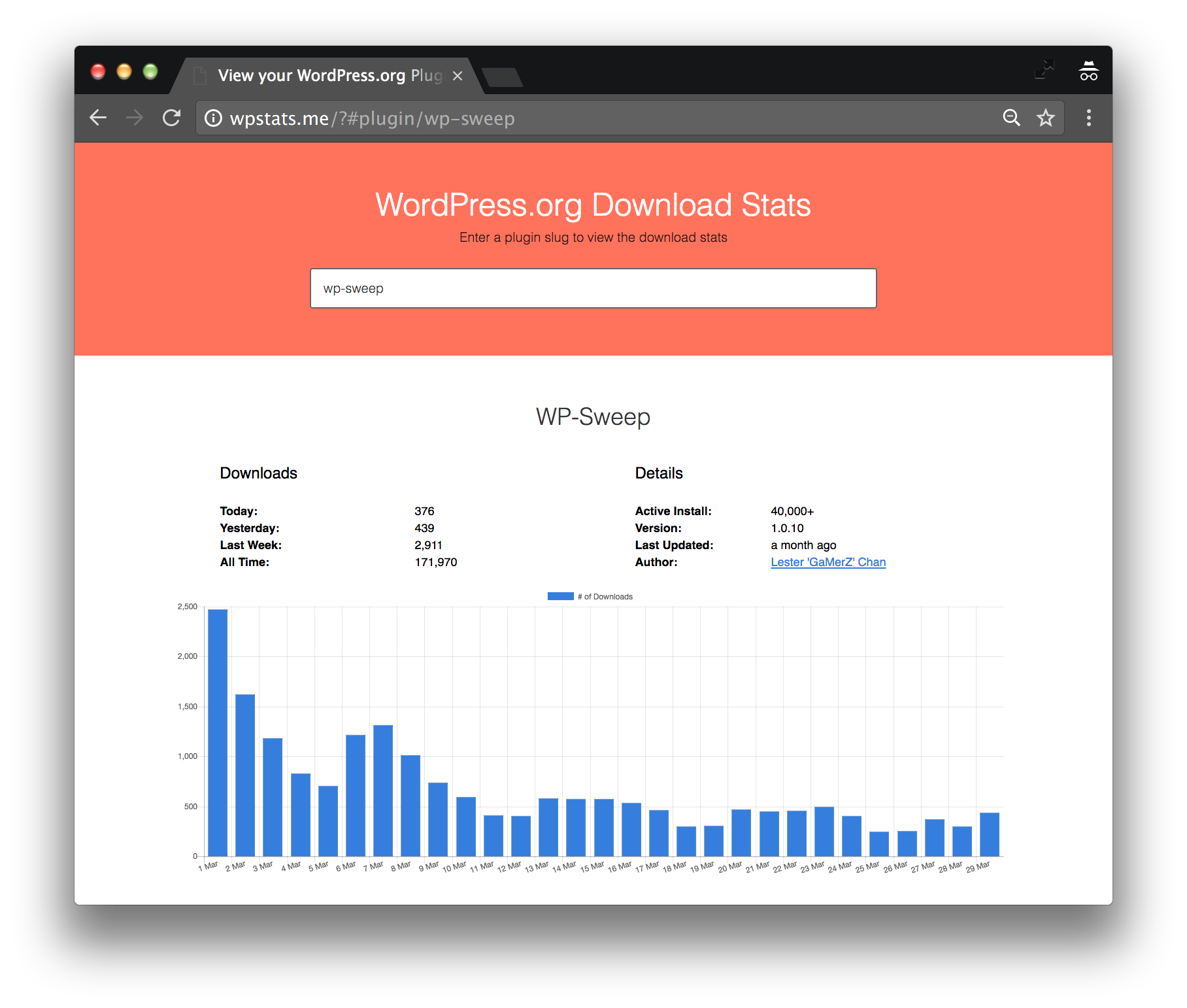 “I like checking out plugin stats, seeing which are popular, how others are doing, etc, so I put together a quick something to do that and thought others might find it useful,” Dakin said. WPstats.me is essentially a one-page app so Dakin opted to host it on GitHub pages.

“The CSS is done with Tachyons (I’m super into function CSS at the moment), the JS is Backbone for the routing, jQuery for the ajax stuff, and Underscore for the templating,” Dakin said. He said the hardest part of putting the site together was finding the WordPress.org APIs, as the documentation is sparse and out of date.

If the Meta team decides to bring stats back into the plugin page design, Dakin said he will consider leaving WPstats.me up anyway if people are finding it useful. Some users like to see how stats have changed over time and developers appreciate being able to check up on their competition.

As a WordPress.org plugin developer, Dakin is directly affected by the changes to the directory. He is considering changing how he markets his plugins and is hoping for improvements to the UI that was shipped this week.

“I like the improvements to the search a lot,” Dakin said. “In terms of the page redesign I like that they’re trying, but I don’t think it’s quite there yet. Like many others, I feel that the collapsing sections is a bit of a poor use of space. And yes, I haven’t done anything yet but I will be experimenting with restructuring plugin readme’s so the important points are immediately visible and not hidden on page load.”