WordProof Timestamp is a new free plugin that bridges the WordPress and blockchain communities in an approachable, user-friendly way. It gives users the ability to timestamp their posts and pages to demonstrate transparency and claim ownership of content.

WordProof works with any EOSIO blockchain to create the timestamp and provides a custom certificate link with a frontend pop-up to display it. 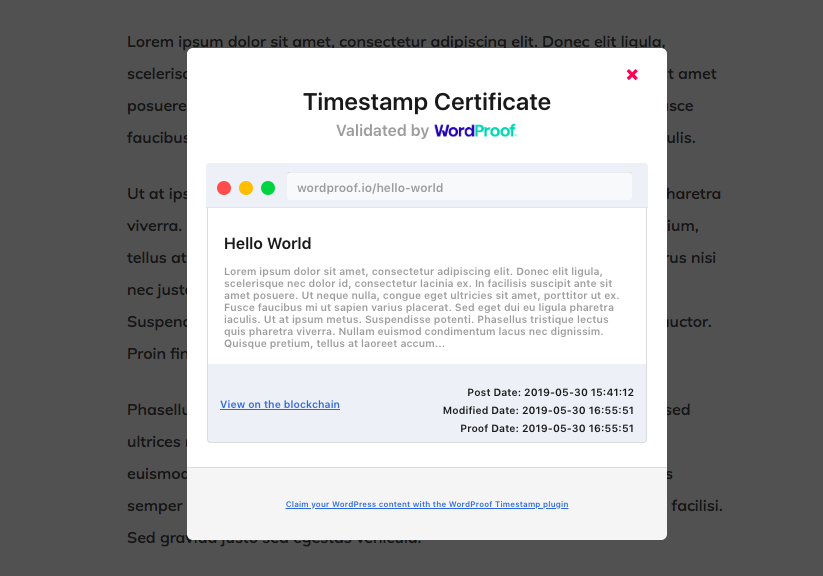 The plugin adds a “View the blockchain certificate” link under each post or page, which pops up the URL, title, content, timestamp information, and will soon also display revisions. Users will be able to browse through different timestamps to view the changes.

WordProof Timestamp was first created by Van Ons, a WordPress agency based in Amsterdam. This is the same company that recently open sourced Laraberg, a package that allows developers building applications with Laravel to integrate the Gutenberg editor. Development has now been passed on to a dedicated WordProof team that is funded by Tenos.

“I have been working and investing with blockchain as a hobby since 2013,” Van Ons founder Sebastiaan van der Lans said. “After we built the WP GDPR Compliance plugin and started working Laraberg, I am trying to work more and more on open source projects. From my point of view, WordPress + blockchain could not only democratize publishing but also doing business as a whole.”

Van der Lans said he expects that any type of publishing website or any site with “Terms & Conditions” pages can benefit from timestamping. It’s especially useful in mediating claims of plagiarism and content theft. WordProof has no transaction costs and is almost instant (0.5s). Van der Lans said it was important for this solution to have no transaction fees, since it is fundamental to proving the author’s identity and the integrity of the content.

Right now the plugin offers the ability to timestamp an entire article, including the title and content. Block level time-stamping is not on the roadmap, but the team is open to adding it in the future. They are currently looking into time-stamping media files and legal documents.

After launching the plugin in beta, a team of 60 testers, from both the WordPress and EOS.IO blockchain communities, gave feedback that led to the creation of a WordProof Wizard to make it easier for users to set up the required accounts.

“Our testers’ main concern: it was too difficult to create an account on the blockchain and download and set-up a blockchain wallet afterwards,” Van Ons head of product Jelle van der Schoot said. “Therefore, we invested a lot of time into improving the UI/UX of the entire process (downloading the plugin, creating a blockchain account, downloading and setting up a wallet, timestamping).”

The wizard supports both Telos and EOS and guides users through the process of setting up an account directly inside the WordPress dashboard. The process takes approximately five minutes. 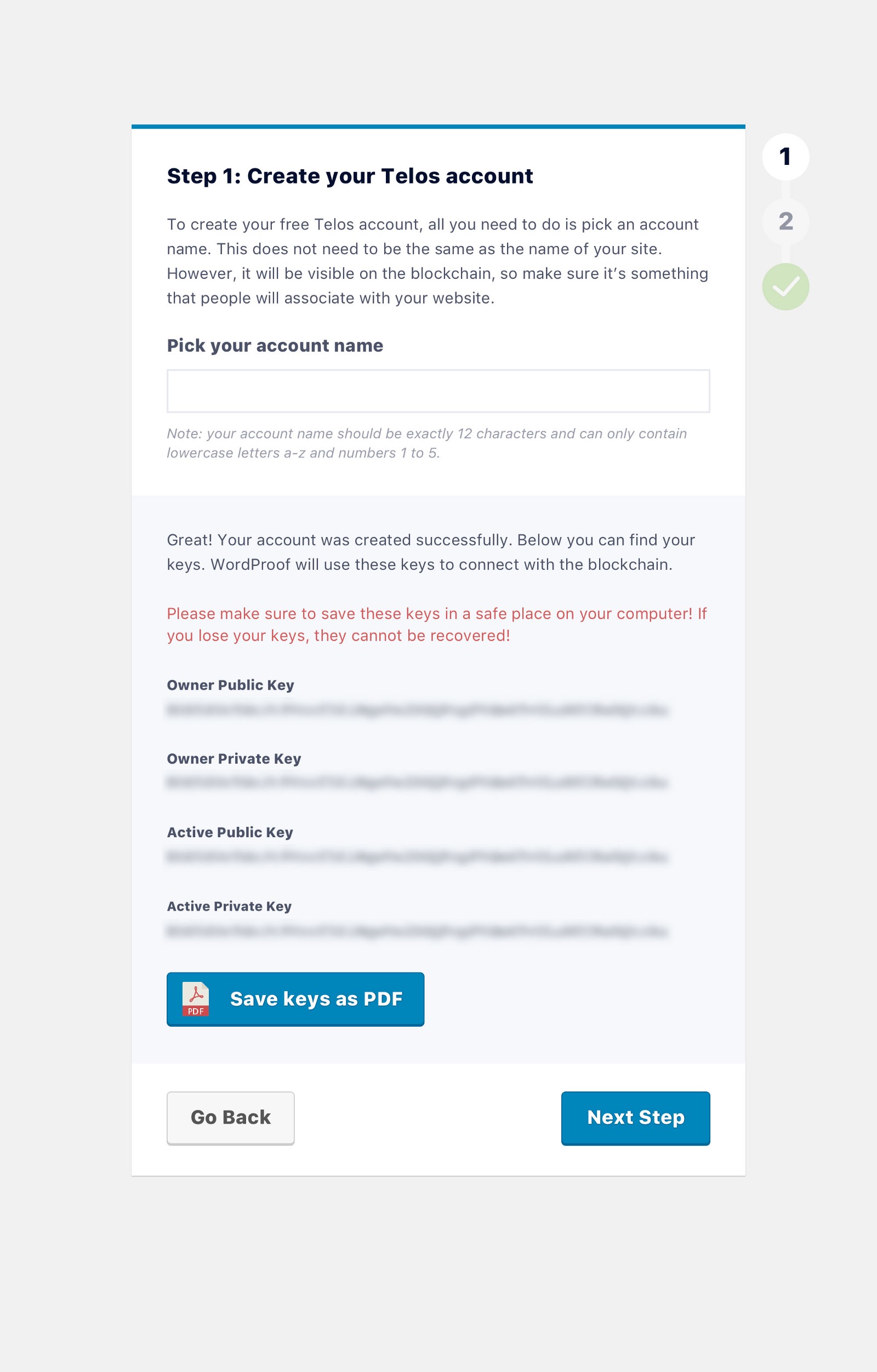 “We believe the WordProof Wizard can have a massive impact on the onboarding of new users to the blockchain in general, but more specifically to the Telos and EOS blockchains,” van der Schoot said.

Timestamping posts is by no means a new idea. There are already several free WordPress plugins that have similar functionality and work with various blockchain technology, such as WP Blockchain, STAMPD.IO, Po.et, and Mingrana WP to Blockchain. WordProof is different from many of them in that it doesn’t use a centralized middle layer.

The team behind the plugin is working on more tools that bring blockchain features to WordPress and will soon be adding cryptographically secured decentralized WordPress hosting to the WordProof lineup. van der Lans will also be speaking about more of the benefits of timestamping content with the blockchain at WordCamp Europe in his presentation titled “From WordPress to blockchain: the future is 100% open source.”

If you’re interested in the project, you can follow WordProof on Twitter or join the WordProof Telegram channel where users can also find support for the plugin.