Today, those who support internet freedom are simulating serving pages at a snail’s pace, in protest of internet service providers that are currently spending millions of dollars lobbying for the FCC’s proposed rules which essentially eviscerate net neutrality.

The FCC’s proposed changes would allow ISPs to charge a premium for putting companies in the “fast lane.” Smaller companies and startups without resources to pay the ISP tolls would be relegated to a “slow lane,” which would be an all-around bad experience for internet users.

WordPress.com users who want to participate in the protest have the option to activate the new “Fight for Net Neutrality” plugin available under the Settings menu. 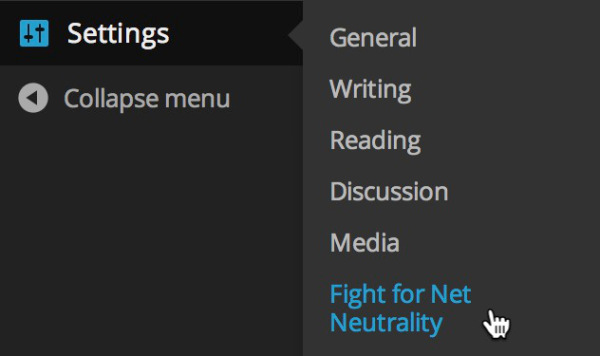 The plugin replaces a few posts on WordPress.com websites with a “Still Loading” spinner that simulates what the internet will be like if cable companies have their way.

Big companies like Comcast, Verizon, Time Warner Cable, and AT&T have millions of dollars to throw at lawmakers in hopes of slowing down the internet for every company that doesn’t pay up. What they don’t have is the power of your voice to influence your site’s visitors to call upon lawmakers. Now is your chance to speak up in defense of net neutrality and make a difference for the future of the internet. If you run a WordPress site, it’s as easy as adding a plugin.