Automattic has been teasing its plan to add commercial themes to Jetpack for several months after introducing theme installation for self-hosted users from WordPress.com. In March, the plugin opened up access to all of WordPress.com’s free themes via the Jetpack Manage interface. All signs pointed to Automattic developing the infrastructure to offer commercial themes via Jetpack upgrades. At that time, however, Jetpack team member Richard Muscat said that Automattic had “no immediate plans to sell themes at this time.”

Yesterday those subscribed to the Jetpack Announcements email were notified that commercial themes have landed in the Jetpack Professional plan, which is regularly priced at $24.92/month or $299/year. Customers will have unlimited access to more than 200 commercial themes that are already available on WordPress.com. Jetpack users on the free plan will see all the themes available in the WordPress.com theme browser with a prompt to upgrade for the ones that are commercial. 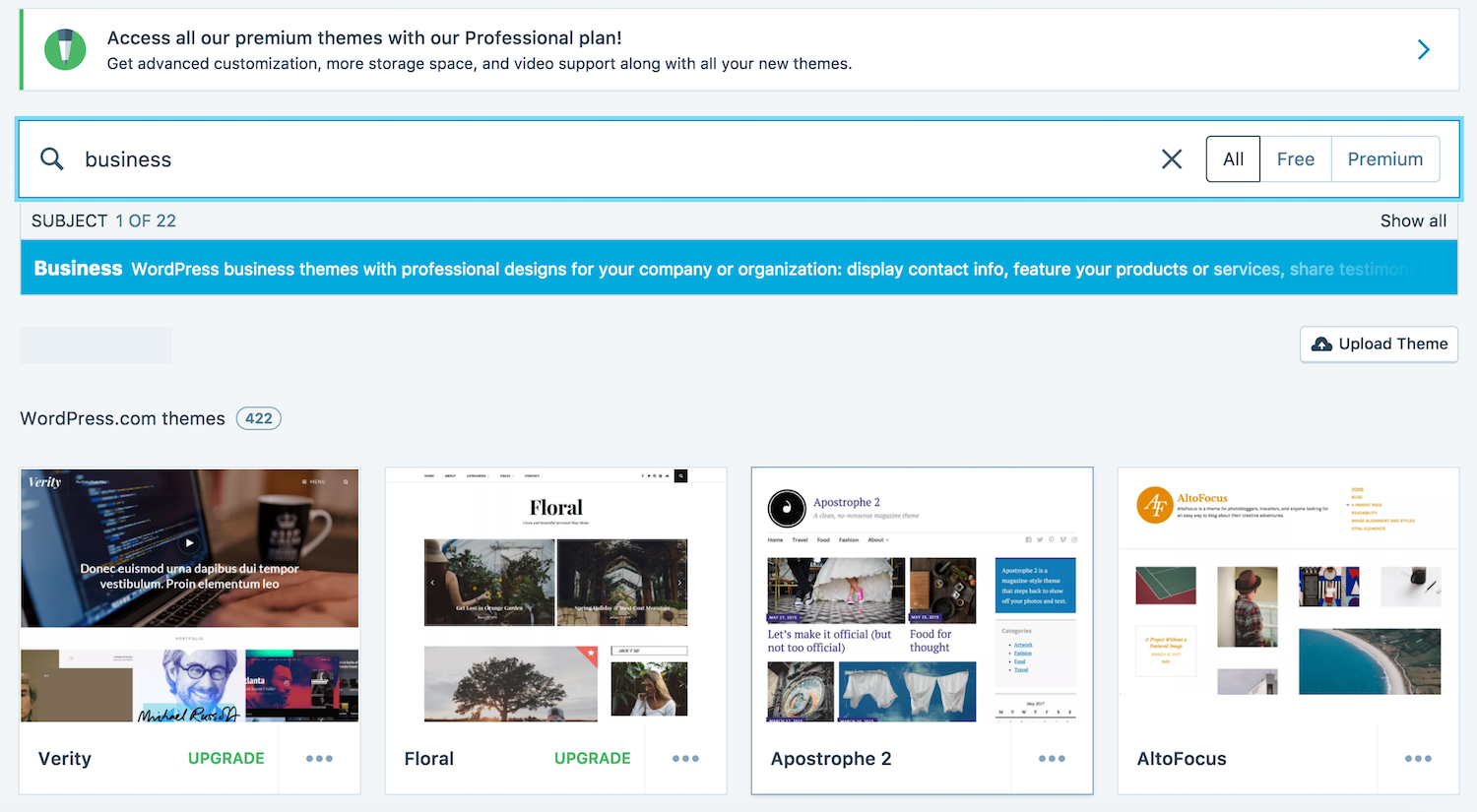 The announcement also noted that any themes users elect to use will be automatically backed up and regularly scanned for malware as part of the security services included in the package. For those who are running a multisite network, each site will need its own Jetpack Professional subscription to have access to the commercial themes.

For years the WordPress community has speculated about what Automattic’s long game was for Jetpack, and many believed it was only a matter of time before the plugin started offering commercial upgrades. It was introduced to the WordPress world in 2011 as a way to provide feature parity between WordPress.com and self-hosted sites. The first version included just eight modules, but fellow plugin developer and entrepreneurs in the community were immediately aware of its commercial potential.

In 2016, Automattic CEO Matt Mullenweg identified both Jetpack and WooCommerce as “multi-billion dollar opportunities” that could each individually be larger than WordPress.com. The plugin is now active on more than 3 million WordPress sites. Automattic’s aggressive commercialization of Jetpack in the past two years is the fulfillment of initial predictions about where the plugin was headed.

The new commercial themes offering significantly raises the value of the Jetpack Professional plan, which was previously targeted at business users who require unlimited storage, Google Analytics, and additional SEO features. With the addition of unlimited use of 200+ themes, Automattic has expanded the Professional plan to be more compelling for non-business users who are simply interested in gaining access to a collection of professionally-supported themes.