Jetpack 4.3 was released today with a new admin interface that has been completely rewritten in React.js. The Jetpack team has been working on the redesign for a year and received feedback from more than 8,000 Jetpack users before the official release.

After updating to 4.3, Jetpack users will see a new dashboard that offers an overview of stats, site security, and active modules. 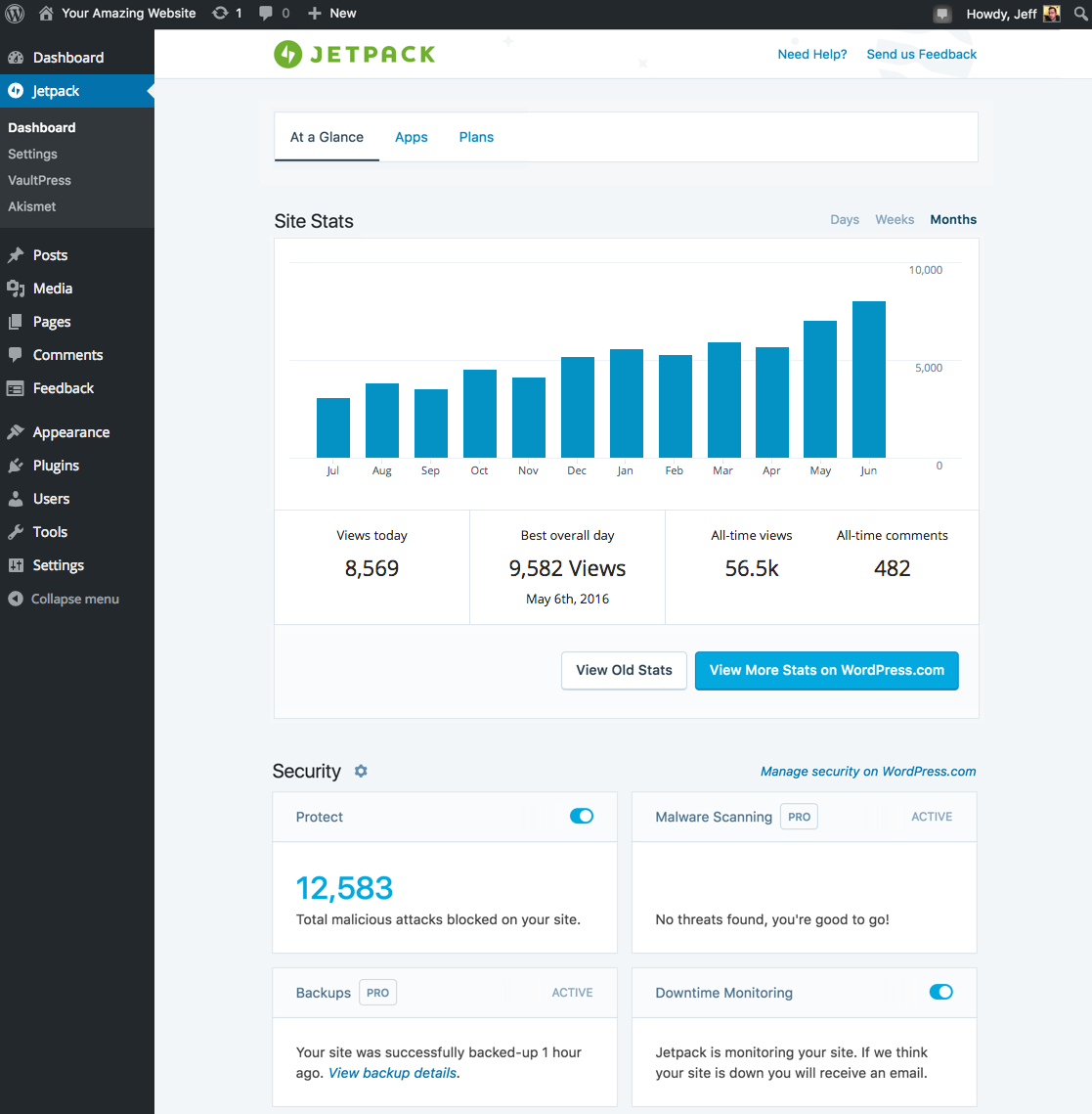 This release introduces a new search bar that filters features as you’re typing. Activating and deactivating modules is nearly instant now with no page refresh.

There are two new screens featuring Apps (mobile and desktop) and Plans (paid upgrades on WordPress.com). The Plans screen is a sales funnel for Automattic to monetize self-hosted sites using Jetpack. Users can choose from a $99 or $299 plan, which include varying levels of security scanning, backup options, and other advanced features.

Overall, the new interface in 4.3 feels faster, but I found significant lags with loading the Stats and Plan screens on multiple test sites. Several sites would not load the Plan screen and instead showed a flashing “loading” display, even after disconnecting and re-connecting to WordPress.com. The experience of having loading lags and buggy screen displays is not the best exit out of beta, but the most important screens like module management are faster than any previous version.

Jetpack 4.3.1 was released on the heels of 4.3 after many users reported issues with updating on the support forums. The maintenance release fixes bugs with Stats, Verification Tools, and Subscriptions, as well as various compatibility issues with different hosts. Reading through the support threads, it’s clear the 4.3 release is off to a rocky start, but the React.js rewrite is a major step forward for Jetpack’s architecture. It brings the interface design more in line with WordPress.com and Automattic’s other products and should improve with feedback from users on different hosting environments.