Chris Wallace and his team at UpThemes have just pushed their new IssuePress plugin into private beta. This innovative new product is will make it possible for developers to provide public support for private Github repositories.

The plugin allows you to assign a dedicated support page on your WordPress site where customers can create and comment on issues. This data is then synced up using the Github Issues API so that developers can work in Github without having to switch back and forth between support queues.

Linking up a Github project and support page is as easy as entering your Github Token and selecting an existing WordPress page. The app also has support for multiple repositories: 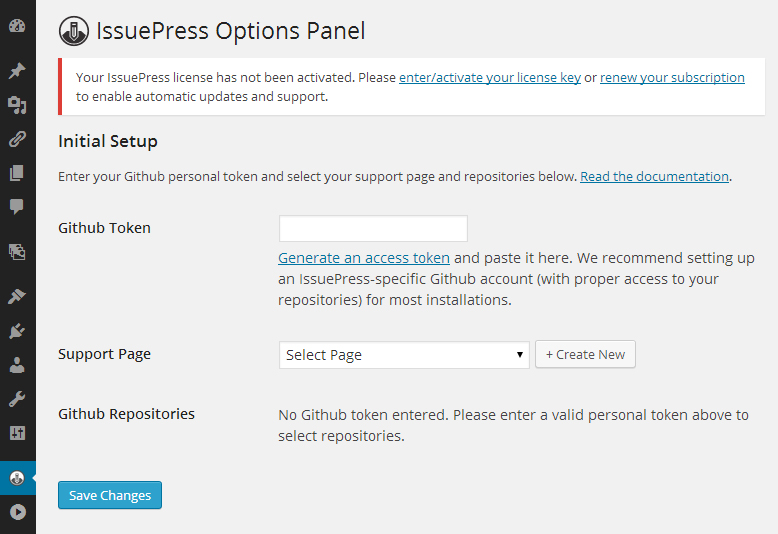 Streamlining Support for Developers and Customers

Developers remain free to support their code purely via Github issues but will still have access to the full picture of customer support as the issues queue is synced both ways. 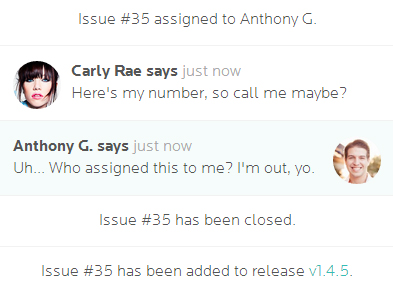 Support conversations happen on the frontend of WordPress without customers having to venture into “developer territory” on Github in order to log issues. They will receive (near) real-time updates on relevant support issues and will be able to search through other issues customers may have already inquired about.

Cutting Out the Middle Man

Wallace and his team are hoping to eliminate the need for third-party hosted support apps that so many developers rely on to make issue logging approachable for customers. Unfortunately, those apps often pull developers out of their workflow, force them to consult multiple queues and then aggregate all of those issues in Github.

IssuePress solves this problem by allowing both customers and developers to participate in support in the environments where they are the most comfortable, while providing automated updates to keep everyone in the loop.

This plugin lessens the need for support staff to interface between customers and developers to keep both parties updated on the status of issues as they relate to current and future development on the project. Customers can easily see if their issues will be fixed in the next release. Support staff can focus on answering questions and leave the trickier software bugs to the development team.

This isn’t your average support plugin. IssuePress is composed of server-side API bindings and a client-side single page application powered by Angular.js. The main app is located in /src/app/ directory of the plugin, though the structure will still be in flux throughout the beta period. The IssuePress documentation breaks down the app’s main components and details its server-side functionality:

If you’re interested in learning more about creating applications that work with WordPress, the IssuePress documentation is a nice resource to explore.

Customizing the core IssuePress plugin is not recommended at this time as it’s still in the very early stages of beta testing. The team is working on making it easy to hook into IssuePress so that developers can customize it without editing core files. Once the app has further advanced on its roadmap, you’ll be able to customize your IP styles, edit the Angular templates and edit the IssuePress API.

The team is conscious of providing a solid mobile experience and is exploring the possibility of creating a native IssuePress app for iOS and/or Android via AppPresser. This would make it possible for customers to receive push notifications for updates on issues they are following.

I spoke with Chris Wallace who is aiming to get IssuePress launched by the end of the summer. “We’re hoping to conduct the beta over the next two months and release the paid version sometime in August,” he said. If you want to get in on the beta testing, be aware that the app is still under active development and is likely to change quite a bit over the next few months. Sign up at IssuePress.co to download the beta and subscribe to updates.