Lasso is a new commercial plugin developed by Nick Haskins, founder of AESOP Story Engine, that adds a front-end editor to WordPress.

After activating Lasso, users are greeted with an introduction that explains an article CSS class is needed. This class is typically used to house the content within a WordPress theme. This is a technical step that may prevent some users from properly configuring Lasso, but since the article class varies between themes, it’s a mandatory step in the setup process. 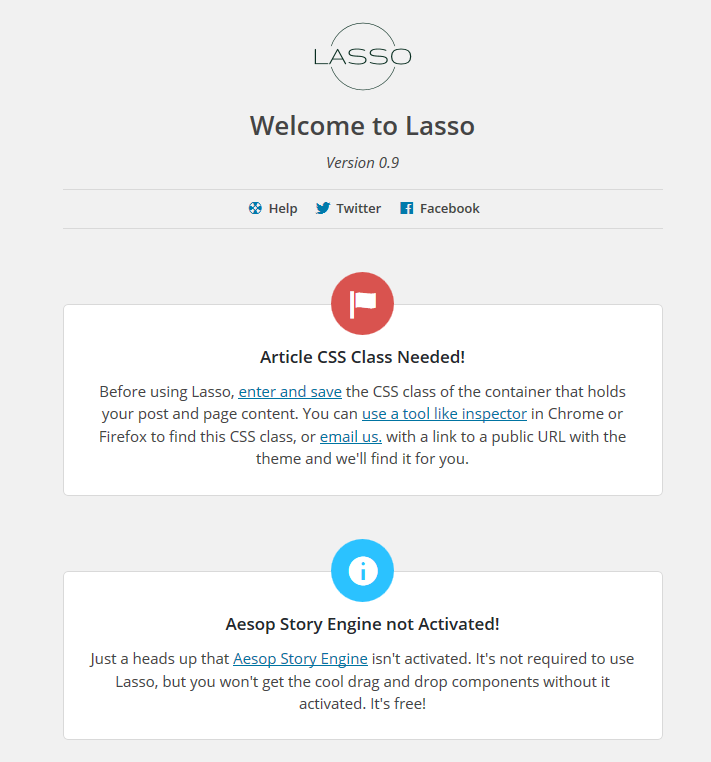 Lasso has built-in support for several WordPress themes. If you’re using a supported theme, it will automatically display the correct CSS class to use.

If you’re a theme developer and your theme’s post container is dedicated to content without using any other markup, you should send an email to Haskins with your theme’s text domain and CSS class. He’ll include support for it within Lasso’s opening status wizard.

While trying to locate the article class, I discovered that I couldn’t close the animated walk through making it impossible to find. 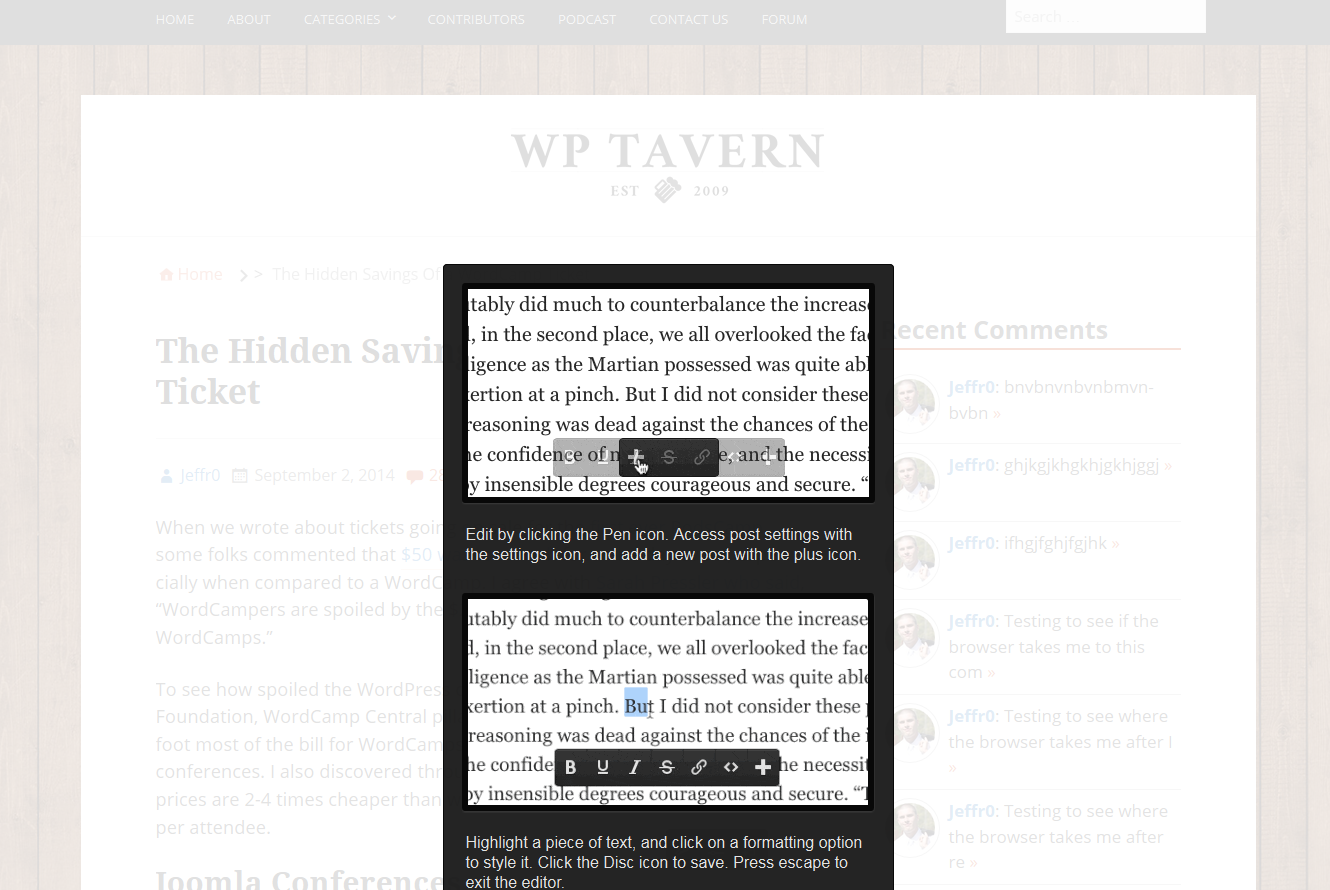 While troubleshooting the problem, I deactivated all plugins and determined that one of Jetpack’s modules was causing the issue. I reactivated each module individually, but was unable to determine which one caused the problem.

Once I was able to close the walk through, I used Firebug’s element inspection tool to locate my theme’s article class. The theme I used to test Lasso is a child theme of Stargazer and its CSS class for content is .entry-content. After configuring the article class, I was able to use Lasso on the frontend of WordPress. 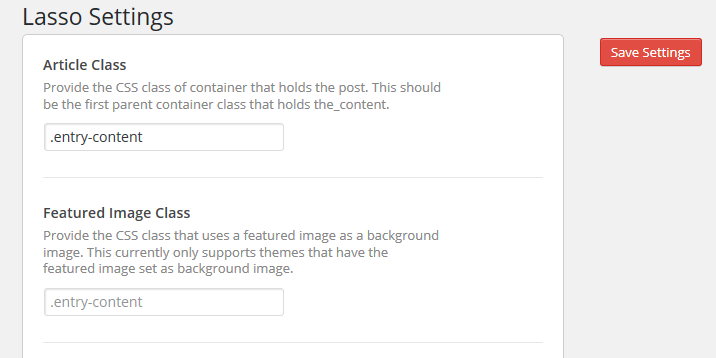 The solution is to add !important to a specific CSS class, but as Haskins explains, it’s not an ideal solution:

Ensuring that markup styles in Lasso are consistent across all themes is a challenge, especially when it comes to unordered lists. The editor uses semantic markup, with its own margins and paddings. Theme styles will sometimes override this causing un-desired visual issues.

We can combat this by declaring !important, but this is a bad practice and will just upset developers who want to theme Lasso. In the end, we’re left with dealing with these issues as they come up through our support channels.

When Lasso creates a new post, it automatically displays it on the frontend of WordPress. However, you can’t change the category or tags of a post using Lasso. This is something I’d like to see added to the post settings as it would come in handy, especially when creating new posts. 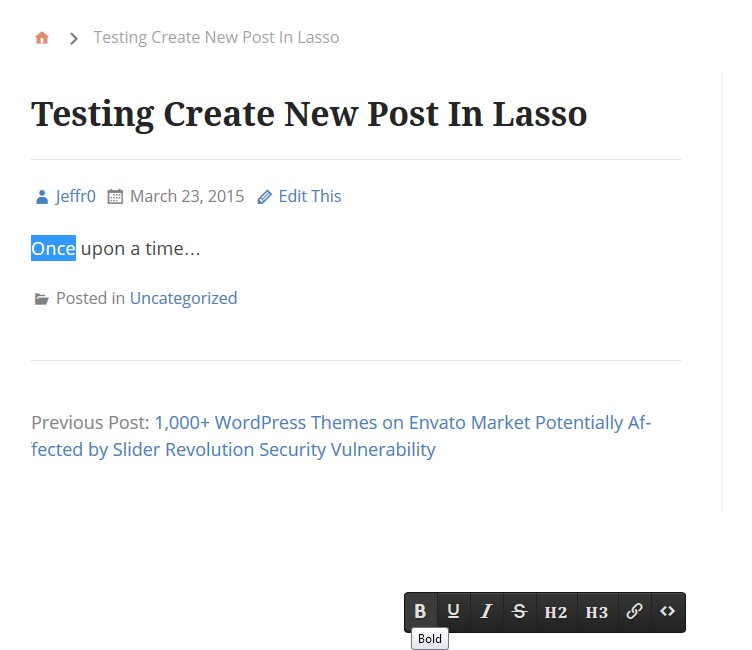 To edit content, you can either highlight words and click a formatting button or use keyboard shortcuts. One major drawback is that you can’t add images or media to posts. However, you can edit and manipulate media from the frontend if it’s already in a post. When I tried to edit an image, the buttons turned into unrecognizable codes.

When editing a post, there are two buttons on the bottom right portion of the screen. Depending on whether it’s a draft or published post, you’ll see a save and publish icon. I think these icons are too far away and should be integrated into the editor. 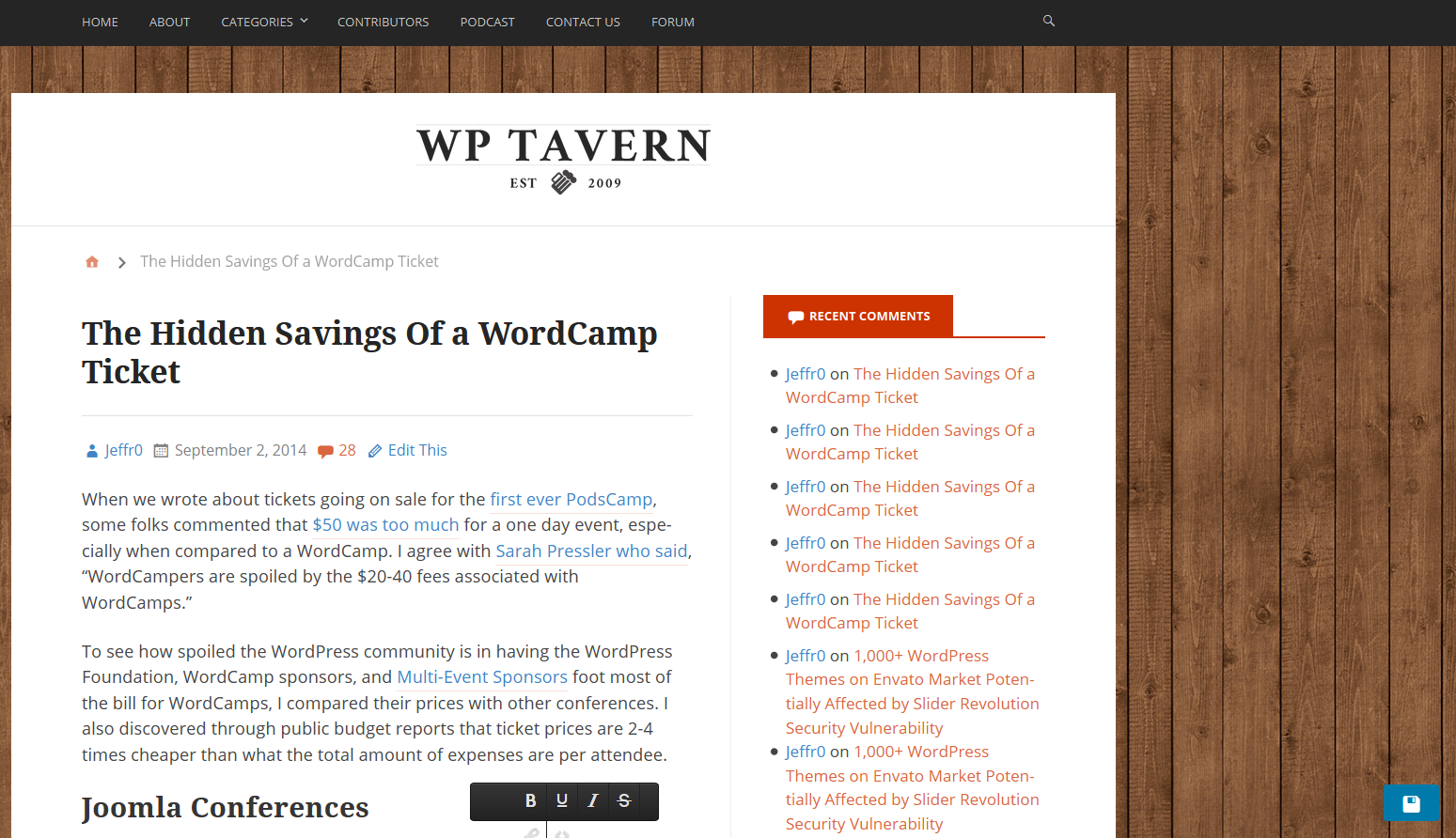 Can You Find The Save Button?

Lasso is a beta product with plenty of things that need to be addressed before hitting 1.0. Haskins is aware of the issues I encountered and assures me they’ll be fixed in future versions. Now that it’s available for purchase, he plans to iterate quickly and release updates as they’re fixed.

Lasso is $129 for one site and includes 12 months of updates and support. I expect plugins at this price point to be polished and nearly bug free. Although none of the bugs I encountered prevented me from using the editor, I recommend waiting on 1.0 or later.

2 responses to “Introducing Lasso, a New Frontend Editor For WordPress”