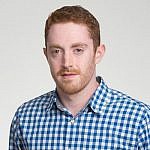 This post was contributed by guest author Taylor Lovett. Lovett is based in the Washington DC area, is the Director of Web Engineering at 10up, creator of ElasticPress, and general open source enthusiast.

In February 2016, the WordPress Foundation announced the WordCamp incubator program, focused on spreading WordPress and open source values to remote areas of the world through extra hands-on support to first time WordCamps. WordCamp Denpasar, which took place in Bali’s capital city, is the first of three camps to be supported as a part of the program — other WordCamps include Harare and Medellín. As Director of Web Engineering at 10up, I was sent to attend and speak at the inaugural event. Our company values open source projects and the WordPress community, so we’re proud to support emerging communities by attending events like this.

The incubator program supports WordCamps by providing them with an experienced organizer. In Denpasar’s case, Rocio Valdivia, a Community Wrangler for Automattic, was the WordCamp Incubator sponsored organizer. According to Ivan Kristianto, the lead organizer for WordCamp Denpasar, “Rocio was a hands-on consultant provided by the WordPress Foundation to help incubate the camp. She helped [us] in budgeting, managing the organizers, submission timelines, and more”.

WordCamp Denpasar attracted 180 attendees, twice the initial goal. Many attendees came from other parts of Indonesia to attend the Camp, which bubbled with an aura of excitement as Indonesia has not had a WordCamp in over three years. The venue, the Royal Beach Seminyak Hotel, was of ample size and served the crowd well. There was a single session track, mixed with user, business, and developer topics. Lunch included a nice buffet featuring local Balinese cuisine. Overall, the WordCamp attendance, venue, and amenities were quite impressive.

The speaker lineup was diverse, with speakers from Indonesia, Australia, Europe, Japan, and the United States. Attendees were extremely enthusiastic throughout the sessions and actively engaged in questions. I was last to speak, presenting on NodeifyWP and Twenty Sixteen React. WordCamp Denpasar was the debut presentation of our new isomorphic JavaScript framework. The crowd was extremely excited to hear my presentation and attendees were grateful 10up choose Bali as a first occasion to show the framework. After my talk, I received more questions than could fit in the allotted time slot.

In the weeks after the Camp, I talked with Rocio about the overall success of the event and Incubator program as a whole. Rocio believed the WordCamp went extremely well. She cited some key events that followed the inaugural camp:

Clearly, WordCamp Denpasar has had a positive effect on the Indonesian WordPress community. As more areas of the world getting involved contributing to and using WordPress, the project’s internationalization and diversity improves. If Denpasar is any indication, expanding the incubator program to more areas of the world will have long-lasting benefits within the entire WordPress community.