Harare and Nairobi Host 2nd Round of Successful WordCamps

Six WordCamps were held over the weekend in cities across the globe, including two in Africa where WordPress events are just starting to take off. Harare and Nairobi hosted their second WordCamps in areas where the WordPress community was virtually non-existent two years ago.

Harare’s first camp was part of the WordCamp Incubator program the first year it launched. Nairobi was one of a handful of cities on the short list for the same program but ended up organizing its first camp independently in December 2016. Both communities have continued to flourish, as local leadership and meetup groups have grown.

Topics at both Harare and Nairobi WordCamps included freelancing, blogging, marketing, and community, with a sprinkling of more technical sessions. Blogging is a popular activity in Africa and those in the local WordPress community are eager to share what they have learned in maintaining and marketing their blogs. 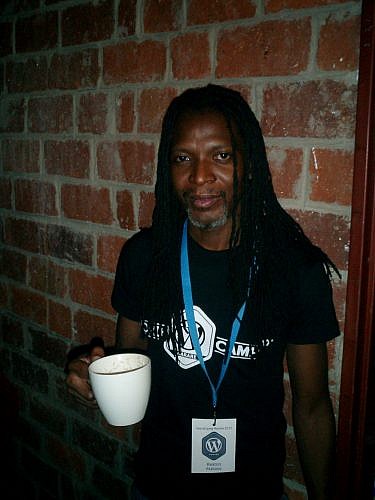 “This year the WordCamp was bigger and better than last year, the tickets sold out, and a local company ZOL Fibroniks was a gold sponsor,” WordCamp Harare speaker Beaton Mabaso said. “The future looks bright. Hello, 2018 is looking promising.”

Mabaso is an admin on Afrobloggers, a blogging community that connects creatives across the continent. He brought his storytelling skills to his WordCamp session titled “A website is a conversation.”

“One of the best things about a WordCamp is meeting the community, networking, and making new friends,” Mabaso said. “It’s inspiring seeing people representing their grind, opportunities everywhere.”

WorldCamp is the highlight of my year as a programmer. l have gained so much already.
Cant even wait for the next one.😁😁😁 #WCHRE #wchre2017 pic.twitter.com/Z1XfKGXjBj

WordCamp Nairobi was originally scheduled for October 14-15 but was postponed to November 4-5 for the safety of attendees during the repeat Presidential elections that took place October 17. Even with the change of dates, the camp was still a success.

“We made it despite the challenges that came with the political climate in the country that affected much of the planning,” WordCamp Nairobi organizer Chekumbe Emmanuel said. “I am so proud of our local WordPress community for showing up in full force.”

Only a handful of attendees have published wrap up posts so far, but browsing the #wchre and #WordCampNairobi hashtags on Twitter show how successful the camps were at connecting and inspiring the local communities. The WordCamp Incubator Program was instrumental in helping put Harare on the WordCamp map in 2016, along with Denpasar and Medellín. Incubator volunteers are currently gearing up for a second year of jump starting new WordPress communities and a call for 2018 candidates is anticipated soon.