WordCamp Chicago 2016 takes place this weekend and I’ll be among the many attendees. I haven’t visited the city since 2009 and I’m excited to satisfy my craving for deep dish pizza at Lou Malnati’s.

WordCamp Chicago 2009 is a special memory because it’s where I saw a demo of Gravity Forms before it launched to the public. At the time Contact Form 7 was a household name and the go-to plugin for creating forms. I knew it was going to be successful when I saw its user interface and how it worked. Seven years later, the plugin is still going strong.

The GPL license was also hot topic at the time. During Matt Mullenweg’s State of the Word presentation, he announced that the WordPress Theme directory would have a section dedicated to theme shops that were 100% GPL. I remember hearing the room gasp during his announcement. 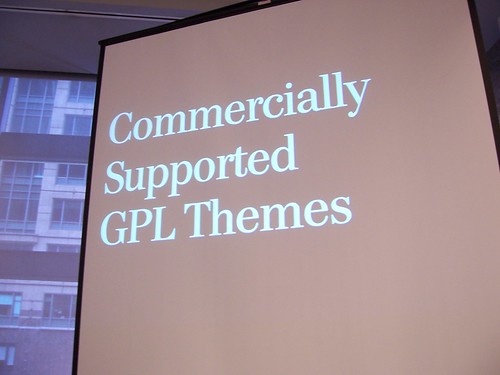 In 2009, the WordPress commercial theme market was young and the GPL was a license many theme companies didn’t embrace. Having your company listed on a page that gets a ton of traffic motivated at least a couple of theme shops to embrace the GPL.

I’m looking forward to meeting new people this weekend and creating new memories. If you happen to see me, please stop and say hi. I’d love to talk to you about your experiences with WordPress.