Last month GitHub finally responded to the open letter on issue management that has now been signed by nearly 2,000 open source project maintainers. GitHub officially apologized for the lack of communication and promised to add new features and iterate on the core experience.

One of the other major requests included in the open letter was a voting system to declutter +1’s from issues. While the +1’s constitute valuable feedback, maintainers need a better UI to help make these conversations easier to read.

GitHub has now answered this request by adding emoji reactions to pull requests, issues, and comments. Emoji support is nothing new but organizing it into reactions helps keep comments more manageable:

In many cases, especially on popular projects, the result is a long thread full of emoji and not much content, which makes it difficult to have a discussion. With reactions, you can now reduce the noise in these threads.

Reactions are currently limited to six emoji that are commonly used in GitHub conversations:

Going forward, emoji reactions should make life easier for project maintainers, as they provide a quick way to assess consensus. If contributors embrace emoji reactions, the new feature can help maintainers gauge how widespread a bug is. They also serve to highlight the most helpful comments in a conversation.

Emoji reactions, which were also recently adopted by Slack and Facebook, are making their way into more applications as an alternative way of offering feedback. Path was one of the first social apps to offer reactions in 2012. Buzzfeed has taken the feature to a new level with the addition of gif reaction options at the end of articles: 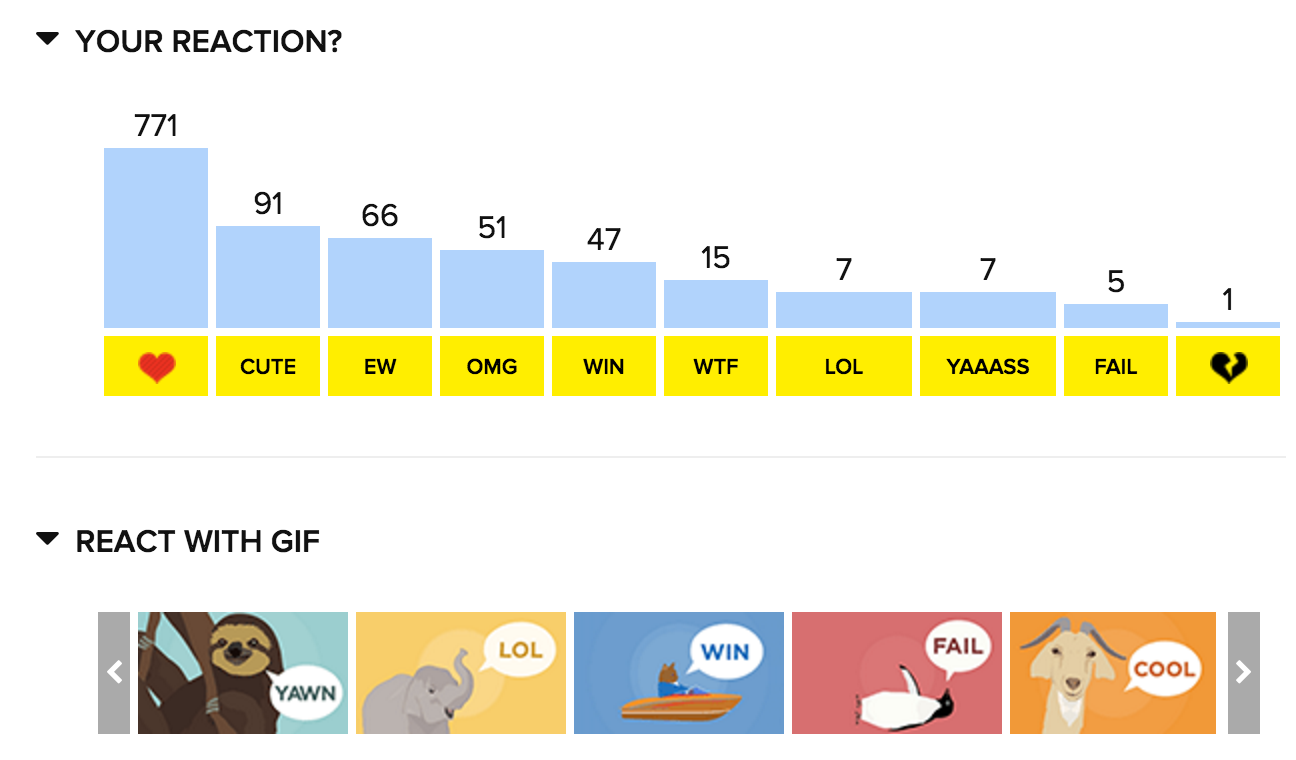 A feature that was once limited to social networks is now changing communication in the workplace by facilitating conversations for large groups of people. While emoji reactions offer people more ways of expressing themselves, they can also serve as a metric, a gauge, and a voting system.

The new Reactions feature plugin for WordPress received no small amount of criticism when it was introduced earlier this week. Even if the plugin never reaches the proposal stage, the conversation about the value of emoji reactions in modern communication is worth having.