Three years ago, FooPlugins built FooLicensing, a digital license key management tool that enabled them to manage customers of their EDD-powered commercial plugins store. Although EDD already offered a license creation and management extension, FooPlugins required more features than it had at that time and opted to build their own.

As of today, FooLicensing is now open source and free for anyone to use, along with the associated EDD connector plugin.

“We love the community and wanted to give back,” FooPlugins co-founder Adam Warner said.

Open sourcing a project can change its trajectory if there’s enough interest and developers willing to contribute to improve it. Warner isn’t counting on that, however, and simply hopes other developers will find it useful.

A logged-in user who has entered a license key will see all the relevant account information detailing status, activations, expirations, etc. 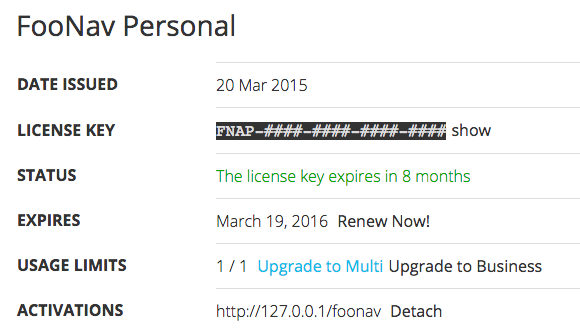 Administrators who are using the plugin together with its EDD Connector will see a menu with various license creation and management tools. 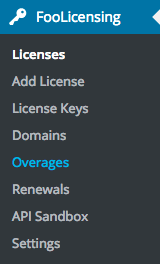 Foo Licensing is Extensible for Other Platforms

FooLicensing was built from the beginning to be extensible for use with other platforms beyond EDD. The team at FooPlugins had plans to expand their library of connectors but didn’t have the time to execute them.

“Our goal for FooLicensing was to build additional integrations for other eCommerce plugins and digital sales platforms but it quickly took a back seat as our FooBox and other plugins like FooGallery gained popularity,” Warner said.

“Documentation is non-existent at this point, but we welcome you to step through the code and consider getting involved with the core plugin or with extensions for other eCommerce platforms.”

Warner said the team is considering a full-fledged site dedicated to FooLicensing if enough developers become interested and would consider the possibility of a marketplace to host any extension built. FooPlugins does not currently have plans to create additional extensions in house.

“We’ll see what the future holds, but for now we need to move forward with some other things rather than holding this tight to our chests,” Warner said. “Open sourcing the plugins just fits in with what we believe is the right thing to do to make the web (and the WP community) a better place.”