10up’s Distributor plugin has exited beta and is now publicly available. The free plugin syndicates content across WordPress multisite networks and the web. It went into beta last year and 10up reports that more than 100 organizations and developers participated in the beta program.

“We’ve already integrated many improvements contributed by beta testers, including 10up clients,” 10up President Jake Goldman said. “Distributor has been approved for use on WordPress.com VIP and is ready for enterprise implementations. We have a roadmap of planned enhancements, with ambitious plans including more advanced media distribution and sophisticated ‘take down’ features for the forced removal of distributed content.”

The public release of Distributor also introduces support for Gutenberg for the settings that are available in the edit screen. Users should be aware that this new feature is still in beta, as Gutenberg is still in active development and not has not yet been merged into WordPress core. 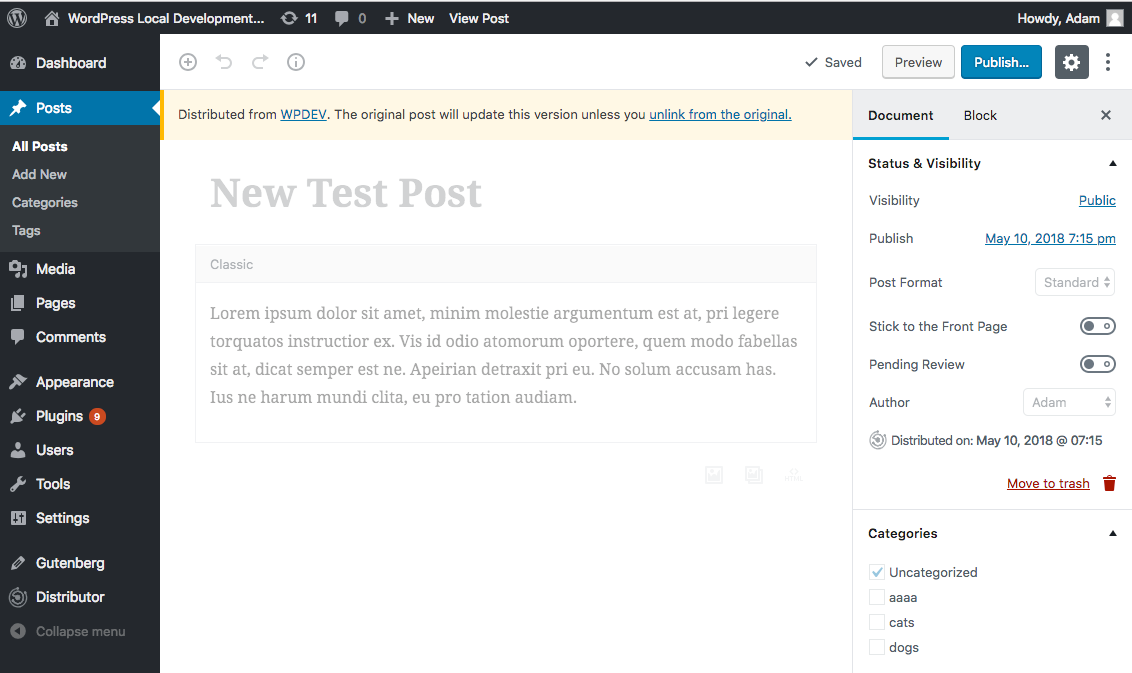 “We’ve even considered interoperability between the classic editor and Gutenberg, and instances where custom blocks are not registered on remote sites,” Goldman said. “All aspects of the user interface have been carried over to ensure a coherent and cohesive experience.”

10up has also launched an Enterprise support package that offers faster response for issues, support for custom integrations, and white-labeling. Support packages fund ongoing development and customers have the opportunity to help shape the roadmap of the plugin.

Distributor is available at distributorplugin.com where users can register to get a free license key. The plugin is also available on GitHub.