Last week Disqus announced that the company has partnered with Akismet to combat comment spam. The blog comment hosting service processes 1.8 million comments per day and approximately 15,000 (0.8%) are spam.

“It only takes one spam comment to create an eyesore in a lively discussion so, in a sense, stopping all these varying spam comments can be like ‘finding a needle in the haystack,’” Disqus Product Support specialist Danny Matteson said.

In an effort to better identify spam comments, Disqus has integrated Akismet with its network-specific features, such as reputation, flags, vote, comment history, forum moderator actions, trusted user lists, and user profiles. Based on comments on the post, which actually include spam, the integration still requires some work. Some Disqus users are wrongly being marked as spammers and known spammers who have been flagged numerous times continue to freely post around the network. 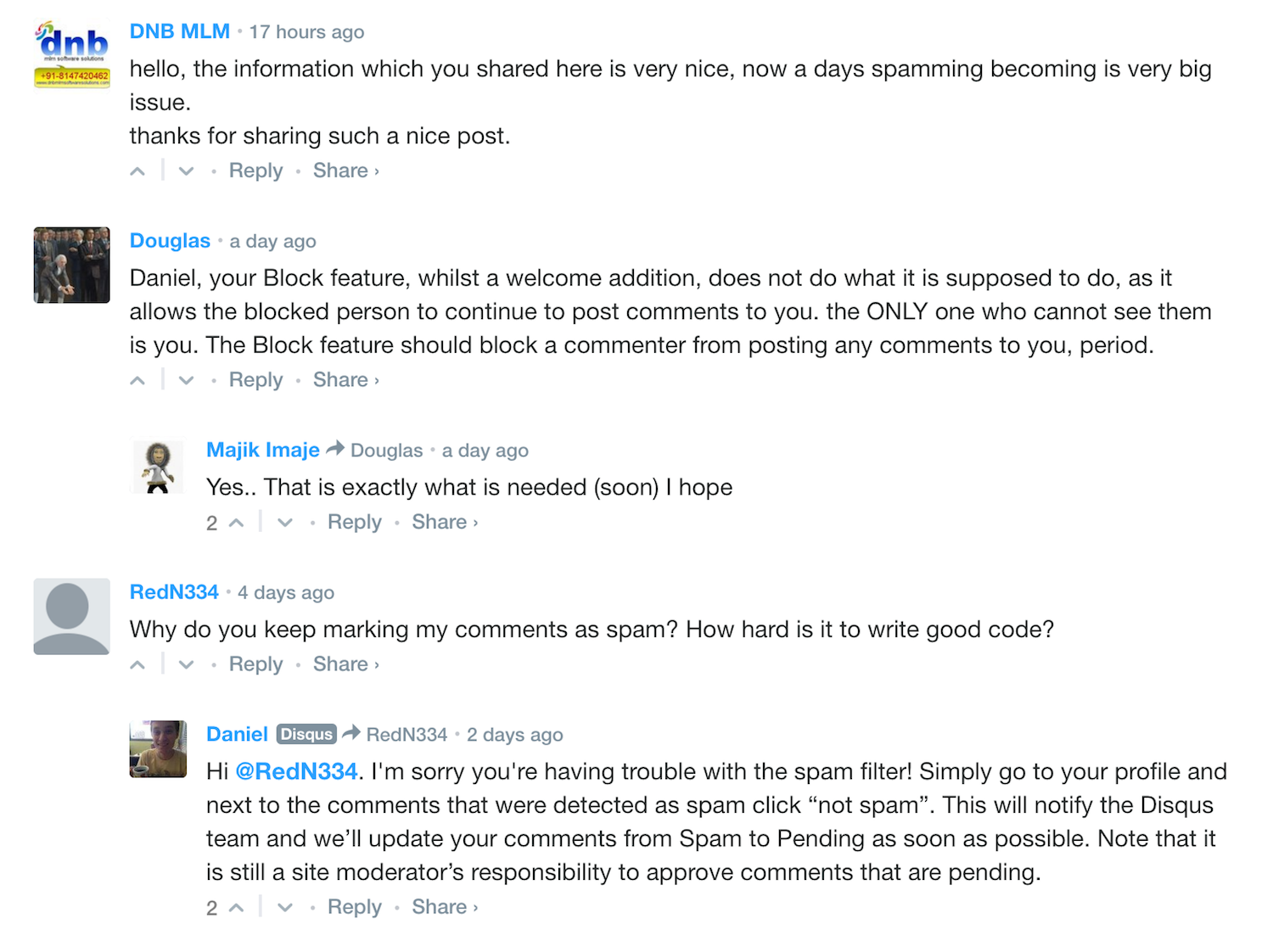 Two years ago, Disqus started experimenting with advertising in the form of “Sponsored Comments,” despite already promoting sponsored content on other parts of the page. Users could not turn the ads off without contacting Disqus support. In a post on his blog, Automattic CEO (and creator of Akismet) Matt Mullenweg called out Disqus’ Sponsored Comments as spam:

Translation: It’s not comment spam if we’re getting paid for it.

Disqus quietly discontinued Sponsored Comments after a negative reaction from its community, and the post announcing the experiment has since been unpublished. Automattic and Disqus are now on more friendly terms.

With the help of Akismet, the Disqus team has decided to make tackling spam a priority for its users:

At Disqus, we take combating Spam seriously. We hate the little buggers just as much as you do because spam distracts you and your audience from creating a great community. And let’s be honest, you don’t want to waste precious brain waves on identifying and removing spam.

The Akismet blog, which has been quiet since mid-May, did not share any details about the partnership. Although the product was originally developed as a plugin for WordPress, its public API is open for developers who want to implement Akismet for other systems and platforms. In addition to the handful of WordPress plugins that integrate Akismet, the open source community has built modules for Drupal, Joomla, Expression Engine, Mediawiki, Moodle, vBulletin, Magento, Open Cart, and many more.