The WordPress theme club known as DevPress has been sold to an unknown buyer for $14k. Launched in 2010, DevPress began as a WordPress collaboration project between Ptah Dunbar, Tung Do (aka Small Potato), Patrick Daly, and Justin Tadlock. Over the past four years, the company has experienced ups and downs. For example, in 2011, the company launched a theme and plugin review service that didn’t last long and was eventually phased out. In late 2011, Tung Do became the sole owner of DevPress. 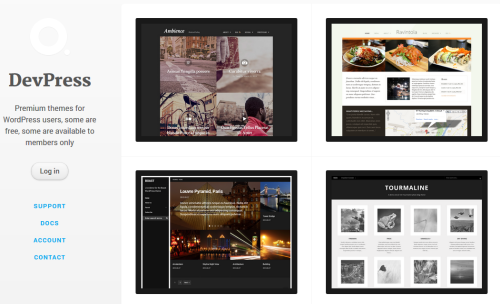 Do cites financial and health issues as the primary reasons for selling the site.

For the past four years, through thick and thin, I did not want to sell this site. WordPress theme development is one of the few things I love, but I’ve not have had time to run this site properly and my wife has been sick for the past few months. I’ve already taken a loan 2 months ago, but her medical bills are stacking up. Obviously, I love my wife more so I’ve decided to sell.

This Isn’t The First WordPress Site Do Has Sold

Selling websites is not unfamiliar territory for Do. In 2008, he sold his popular site WPDesigner.com for $65k. Unfortunately, the result of that sale was a front page filled with webhosting affiliate links.

I asked Do what lessons did he learn and what advice can he share from his four years working for DevPress. He said:

Innovation/bold-ideas doesn’t pay if you don’t succeed and patent it so focus on progress, consistency, and improving things most people find useful. Let others innovate and learn from their mistakes without having to pay the price yourself.

It’s unclear whether this is his last attempt to have a successful, sustainable, commercial theme business. After exchanging a few emails, I get the sense that he is changing his career path to go outside of WordPress. It’s unfortunate because I think he is one of the most talented designers within the WordPress community. I hope that he finds happiness and stability wherever his path leads him.

Who do you think the new owner of DevPress is? Let us know by leaving your best guess in the comments.

15 responses to “DevPress Sold To Unknown Buyer For $14k”