Human Made has released its first public beta of Chassis Desktop, an application for local WordPress development. Chassis is a Vagrant-based virtual server and a community project that Human Made has commercially supported since 2012. The new desktop app is in early beta at version 0.2.0 with version 1.0.0 coming soon.

Chassis Desktop was designed with a user-friendly interface suitable for beginners and experts alike. It was built by Bronson Quick and Ryan McCue using Electron and contains code from the create-react-app project.

On first launch the app makes sure that Vagrant and VirtualBox are installed and then guides the user to create a new box. Setting up a new Chassis install or adding Chassis to an existing install is fast and easy with the simple UI. The app also includes keyboard navigation and a built-in terminal for quick access to more control over your box. 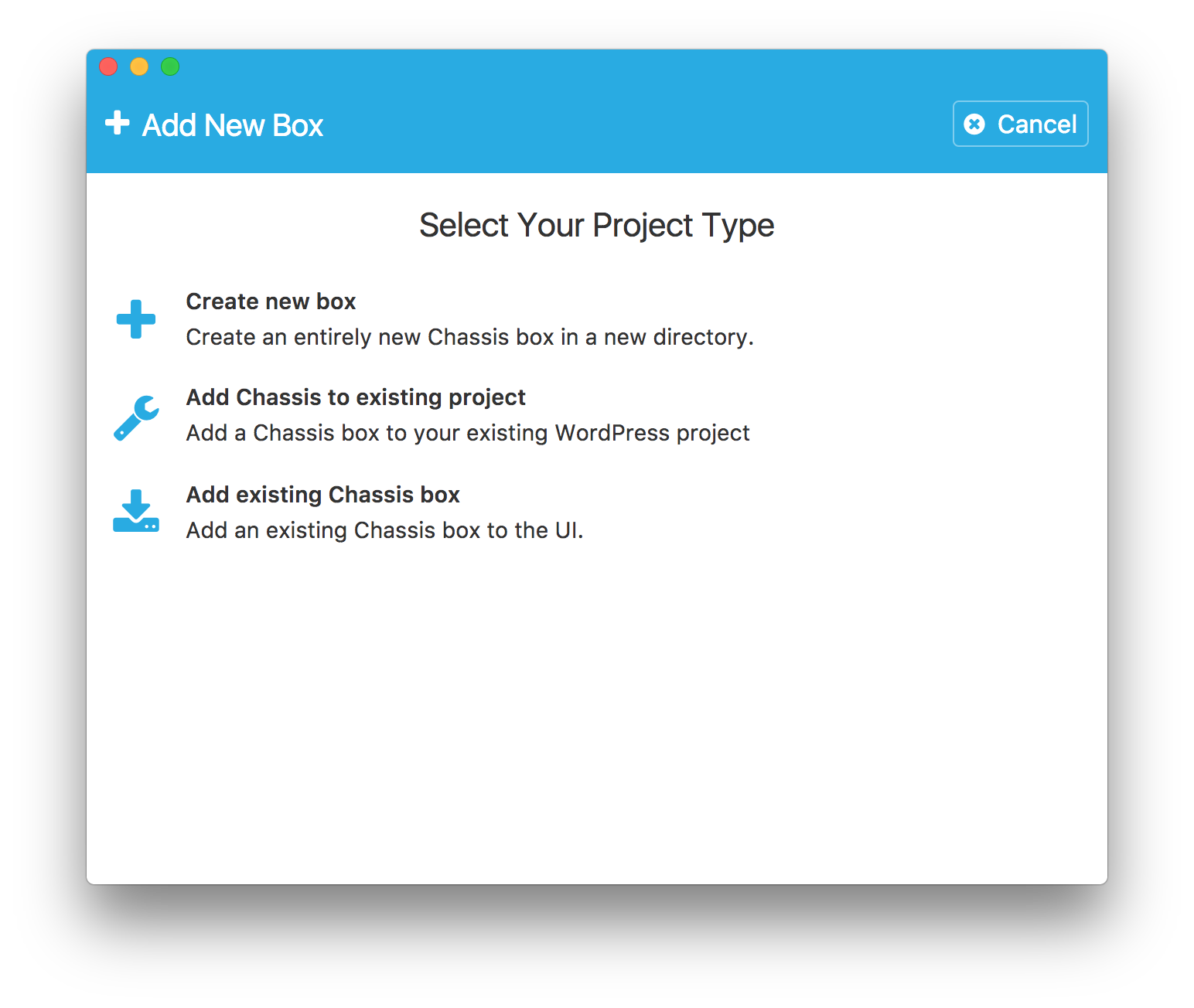 Over the years Chassis contributors have created an ecosystem of extensions for things like MailHog, Photon, Memcache, debugging, and other software. These add-ons allow users to tailor their systems to their needs.

Chassis Desktop aims to make it easy for users to manager their Chassis development environments without having to touch the command line. As it is currently in pre-release status, early adopters may discover some bugs. Beta testers are encouraged to log any issues on GitHub.