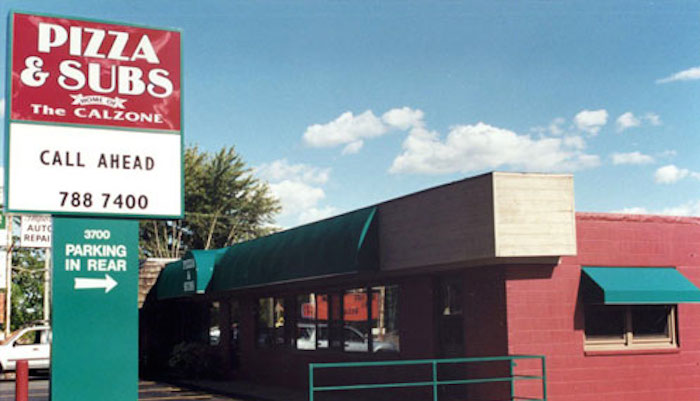 BuddyPress 2.6.0 “Espejo” was released today, named for the owners of an obscure restaurant named Pizza & Subs in Rock Island, IL. Pizza & Subs is known for its excellent pizza and taco calzones, a Quad-City original.

One of the most visible and exciting new features of 2.6 is the ability to embed BuddyPress activity items in WordPress posts and pages. Users can now copy the permalink for an activity item and paste it into the content editor to embed it, as demonstrated by core developer Mathieu Viet in the video below:

This release also introduces a new API to manage single item navigation. The navigation system is now component-specific, which will make it easier for developers to customize nav items. It’s also backwards compatible, so most plugins will not have any issues with the update.

Group Types have finally landed in BuddyPress and the new API is now ready for plugin developers to use. The Group Types API makes it possible to register different types of groups, offering communities far more flexibility when using the Groups component. 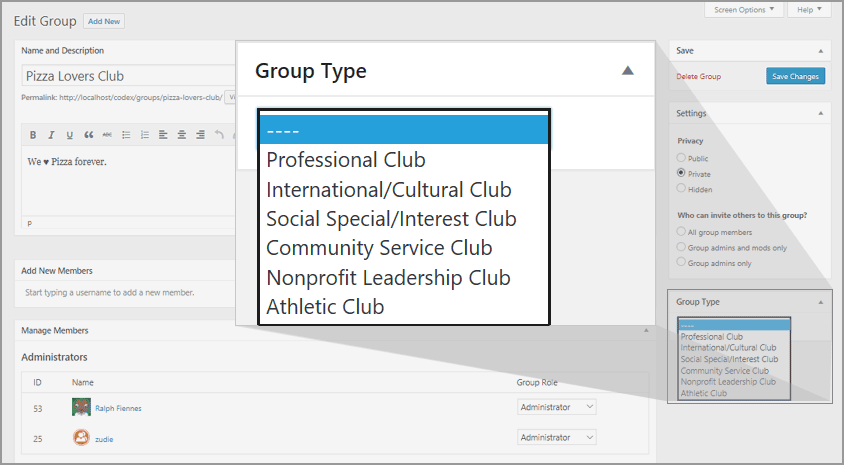 Other notable new features and improvements in BuddyPress 2.6 include:

David Cavins led the release with a focus on performance and UI polish. This was his first time leading a release since the project moved to adopt release leads as part of its core development process.

“I learned a lot about the still-surprising breadth and depth of the BuddyPress project,” Cavins said. “And also about what a release lead’s job is. As a contributor, I’ve primarily focused on the area of BuddyPress I use most – the Groups component. As a release lead, I felt that I needed to understand the issues behind tickets in all of the components, so I spent a considerable amount of time reading through the code to learn what the proposed changes would do. Now I am even more awed at the sheer scope of the BP project, and the efforts that have made it possible.”

BuddyPress 4.6 has 42 community members listed in its credits, a 24% increase from the previous release. Cavins said the opportunity to lead a release gave him a renewed appreciation for the project’s vibrant community of contributors, especially those who have led past releases.

“I also learned that a release lead’s job is not to code, but to instigate and encourage, and make sure that the people who know the code best are working together in their areas of strength,” he said. “Happily, the friends of BP are an accomplished and amiable group, which made my job as release lead much, much easier.”

Check out the changelog for a full list of fixes and improvements included in BuddyPress 2.6. Cavins now passes the baton to @mercime, who will lead the 2.7 release.