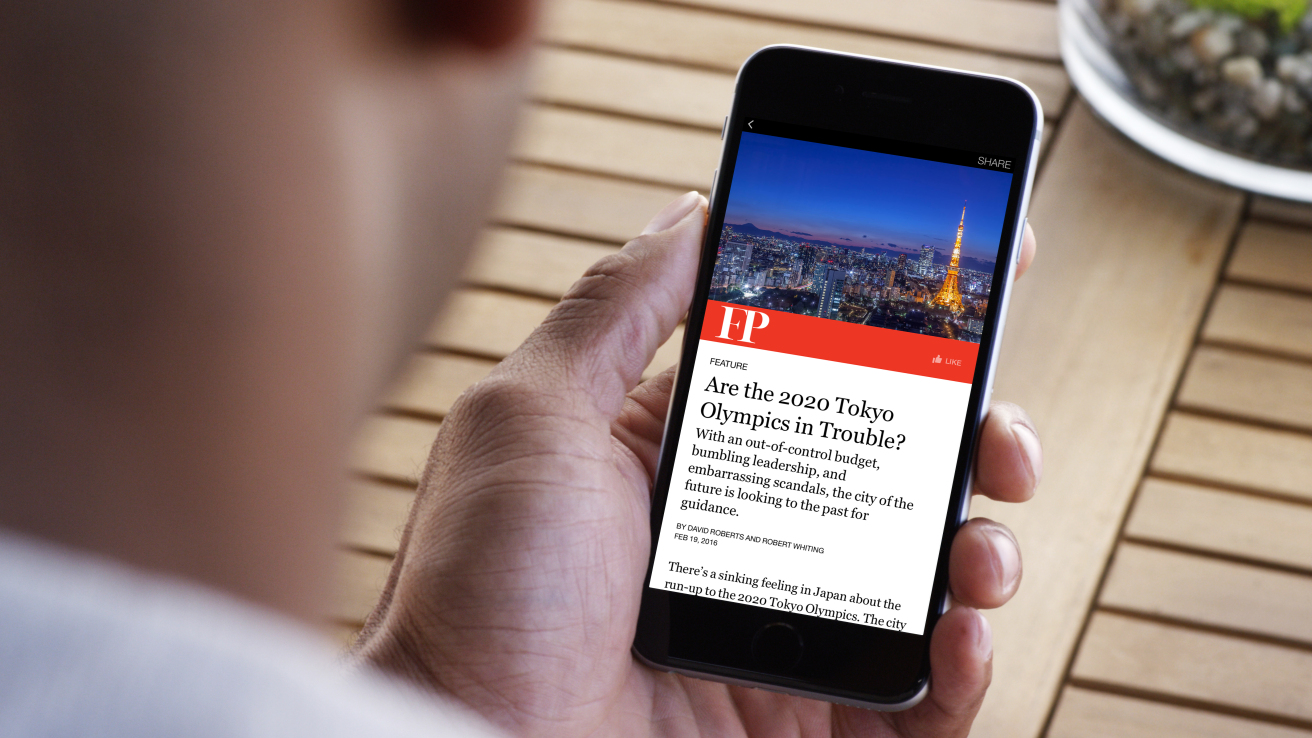 Today the WordPress.com VIP team released a plugin for Facebook’s Instant Articles, which will be open to any publisher starting April 12, 2016. Automattic partnered with Facebook and VIP-Featured-Partner agency Dekode to produce a plugin that outputs a compliant feed of posts wrapped in the required markup for Facebook.

Instant Articles for WordPress is now available on GitHub and is also coming soon to the WordPress plugin directory.

Publishers must go through a review process to ensure that their posts are properly formatted and compliant before being allowed to push content via Instant Articles. Once approved, articles will load nearly instantly on mobile devices. According to Facebook, the speed is as much as 10 times faster than the standard mobile web.

“We had heard from a lot of WordPress publishers that they were eager to try out the Instant Articles program — based on the speed and user experience optimized for Facebook’s audience,” VP of Platform Services at Automattic Paul Maiorana said. “It’s still quite early, but we wanted to move quickly to ensure that WordPress and WordPress.com VIP publishers can take advantage of Instant Articles as soon as it opens up to everyone. And we were excited to work with Facebook to help make that happen.”

Facebook is working to create the best news feed on the web. More content delivered instantly means more advertising revenue for the social network. Publishers that make their content available via Instant Articles also have the opportunity to earn advertising revenue. If publishers sell their own ads, they get to keep 100% of the revenue. If they opt to use the Facebook Audience Network, they keep 70%.

Automattic’s open source Instant Articles plugin does not have built-in options for serving ads. According to Maiorana, further customization will be left up to the publishers.

“The new plugin is meant to be a starting point for publishers, from which they can customize design, advertising options, and which articles they choose to syndicate,” Maiorana said.

Instant Articles is not yet available to WordPress.com users, but Maiorana said that it’s something they will explore in the future.

You may be wondering if your brand or business should use the new plugin and start pursuing the approval process with Facebook. The current implementation of Instant Articles is not for everyone. A Facebook spokesperson told Contently:

In April, Instant Articles will be open to any publishers that wish to join, but it is primarily designed for news publishers. While other types of publishers will have the option to create Instant Articles, in many cases there are other formats on Facebook that will better serve their needs.

However, publishing to Instant Articles requires no small amount of technical skill, especially if you’re not already on a platform like WordPress that offers support via a plugin. Even with the help of Automattic’s plugin you still need to make a number of customizations to add branding and advertising while the underlying APIs are still in flux.

Publishers will need to decide how much control of their content they are willing to give up to Facebook in exchange for articles that load instantly. Funneling readers to Instant Articles hosted on Facebook has the potential to undermine direct mobile traffic. Facebook is also notorious for its censorship. What will Automattic’s response be to its partner if Facebook decides to censor WordPress publishers on its network? Maiorana wouldn’t directly answer this question.

“Our goal at WordPress.com VIP is to help publishers have the tools and the freedom to make their own decisions — and to move quickly in experimenting across platforms,” Maiorana said. “This is another new way for them to do that.”

New mobile publishing channels like Instant Articles and Google’s AMP project require developer resources for publishers to get on board. Both of these tech giants are clawing for content distribution. They each have their own unique requirements that publishers will have to meet to in order to have their content found and prioritized. Each publisher will have to decide whether the improved speed, exposure, and/or ad revenue will be enough to make these efforts worthwhile.