Swedish designer Anders Norén is relatively new to the world of WordPress theme development but his breathtakingly simple themes are a refreshing addition to the ecosystem. Last August, Norén released Lingonberry, a responsive, retina-ready theme with beautiful typography. 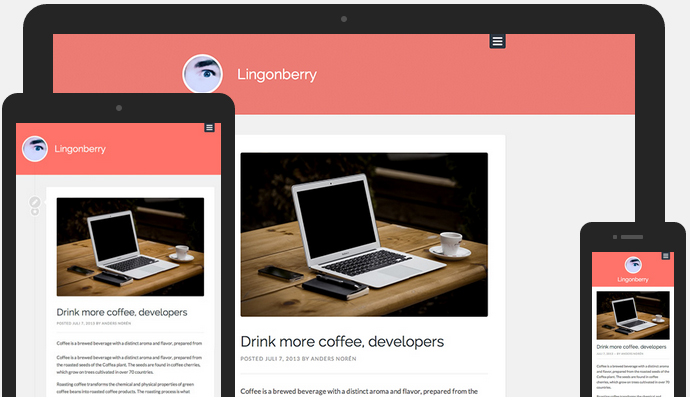 Delighted by the success of Lingonberry, which has received more than 8,000 downloads from WordPress.org, Norén decided to develop more themes. In the past week, he’s added to his collection on WordPress.org with the release of two elegant blogging themes: Wilson and Hemingway.

Demos for Wilson and Hemingway can be found on Norén’s themes page, along with Lasseter, his first commercial product, which is sold through Mojo Themes.

No Framework: Norén Starts From Scratch 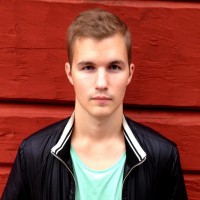 I had the opportunity to chat with Anders Norén to get an inside look into his design and development process. His approach to crafting themes might be considered “old school” but he says it drives him to improve.

When beginning something new, he takes only the essentials from previous works and uses them as building blocks. “Every time I start work on a new theme, I strip down my latest theme to the bare essentials and take it from there,” he said. “I could probably save myself some time by using a formal framework as a starting point, but I think it’s healthy to keep in touch with the fundamentals and rewrite old code. My understanding of WordPress gets a little better every time. That’s what I tell myself, at least.”

Although Norén makes a little bit of money from his commercial theme, he said that the primary reason he creates themes is to learn new things. “If I couldn’t make money from it, I’d do it for free,” he said. “It’s a great learning experience as well.” Norén described how valuable the WordPress theme review process was when he first started developing themes:

When I submitted the first version of Lingonberry, the list of errors the automated theme scanning detected covered the screen. The first version of Wilson, my latest theme, had zero errors. Going through the process of submitting Lingonberry to WordPress.org and getting it approved taught me as much about WordPress theme development as six months of client work. I would recommend anyone working with WordPress development to do it at least once.

In addition to learning, Norén also creates themes for the pure enjoyment of seeing other people use them. “The reason Lingonberry wasn’t the last theme I submitted to WordPress.org was the response,” he said. “Seeing Lingonberry being used in a thousand different ways by thousands of people around the world was amazing – still is, for that matter. It’s an indescribable feeling. It’s a great acid test for your code as well.”

I asked Norén what his guiding principle is when it comes to design. Not surprisingly, his answer echoes the sentiments of successful designers around the world: “I strive for simplicity,” he said.

When it comes to achieving simplicity in the context of a WordPress theme, Norén has a few pointers for what that looks like. “In terms of visual design, that means that everything is secondary to the content,” he said. “Reduce the design to the bare necessities. [pullquote]Remove the excessive stuff until it hurts.[/pullquote]”

There’s a fine line between simple and painfully stark, but Norén knows not to cross it. “Simplicity is always my goal,” he said. “But I never take it as far as I would like to. Simplicity is really, really hard. Still, there are a lot of people in the WordPress community who are doing it right. Okay Themes and Themezilla are two examples.”

Crafting Themes For Specific Use Cases

Norén isn’t fond of the previous trend in WordPress theme development, where products claim to do everything short of cooking your bacon and folding your laundry. He’s not willing to dump all of this functionality into his themes.

“When it comes to designing the functionality, some people want themes with dozens of theme options and custom page builders with twenty content types,” he said. “That’s fine, but it’s not the kind of theme that I’m interested in developing. [pullquote]I want to build themes that look and work great the moment they’re activated.[/pullquote] And, of course, themes that are responsive. There’s no excuse for releasing a theme that isn’t responsive in 2014.”

Instead of packing a million options into his themes in hopes of selling to every possible type of customer, Norén opts for creating themes with specific use cases and providing minimal options. The results highlight the difference between a carefully crafted product and something that’s mass produced. There’s no comparison.

Finding the Courage to Sell a Commercial Product

So far, Norén has released more free themes than commercial ones, which is not often the case if one makes it his business to develop themes. I asked him if he’s planning to create a theme shop of his own in the future.

“I think the reason why I’ve released most of my themes for free is a combination of Lasseter‘s lack of success and the enjoyment I get from seeing people use what I’ve made,” he said. “That said, it’s not like it’s impossible to charge for something and have it be successful.” In terms of dollars and cents, Norén said his first attempt at selling a WordPress theme hasn’t been worth the effort.

“It really comes down to insecurity on my part,” he confessed. “[pullquote]It’s easy to surpass expectations when you give something away for free.[/pullquote] The bar for free WordPress themes is still pretty low, even as more and more high quality themes are being released.”

However, the success of his free themes on WordPress.org is bringing him courage when looking at a possible future in the commercial theme business. “Seeing the popularity of Hemingway and Wilson, I’m starting to feel ready to give premium themes another go. I have a few ideas that I have been kicking around. It would be great for it to grow to the point where creating a theme shop would be feasible, but I’m not planning on it.”

Anders Norén is one of the pioneers in the current WordPress theme revolution aimed at bringing themes back to the basics. Whether he brings his design principles into a full-fledged commercial effort or keeps them alive in the form of a hobby, his work inspires others to consider the value of keeping it simple. “Whatever happens, I have no intention to stop developing WordPress themes,” he said. “I’m having too much fun.”