Zerif Lite, one of the most popular themes on WordPress.org, has been suspended by the Theme Review Team for several violations of the Presentation vs. Functionality guideline. As a result, more than 300,000 users (including those on child themes of Zerif Lite) can no longer receive maintenance and security updates to the theme.

Justin Tadlock, an admin on the Theme Review Team, performed a comprehensive review of Zerif Lite and found a dozen violations of the requirements, some of which had been outstanding for more than 15 months. The team often receives complaints from theme authors who point to Zerif Lite as an example of a theme that is allowed to skirt the rules.

“We’ve been extremely lenient and fair with this theme, moreso than we’ve ever been with any theme in the history of the TRT as far as I’m aware,” Tadlock said. “But, at a certain point, we’ve got to make sure that Zerif Lite is following all the same rules that other themes have to follow.”

During the course of this exchange, ThemeIsle, the company behind the theme, fixed a few of the more trivial issues. However, the final sticking point was the issue of psuedo custom post types. ThemeIsle published a post to explain to its users why the theme was suspended:

One of the things that we’ve been requested to change with Zerif Lite is using “faux custom post types.” Basically, this is about using those small custom content blocks that appear on the homepage of the theme to present things like team info, about block, testimonials, etc.

Those are used just on the homepage and nowhere else. According to the current rules, we should have set true custom post types for those. This, kind of, makes sense if you’re building a new theme, but changing this in an existing theme means that whoever’s currently using it will get their site messed up. And in our case that means 300,000+ people (including the child themes).

The image below shows an example of the type of content in Zerif Lite that the Theme Review Team is requiring to be migrated to custom post types. 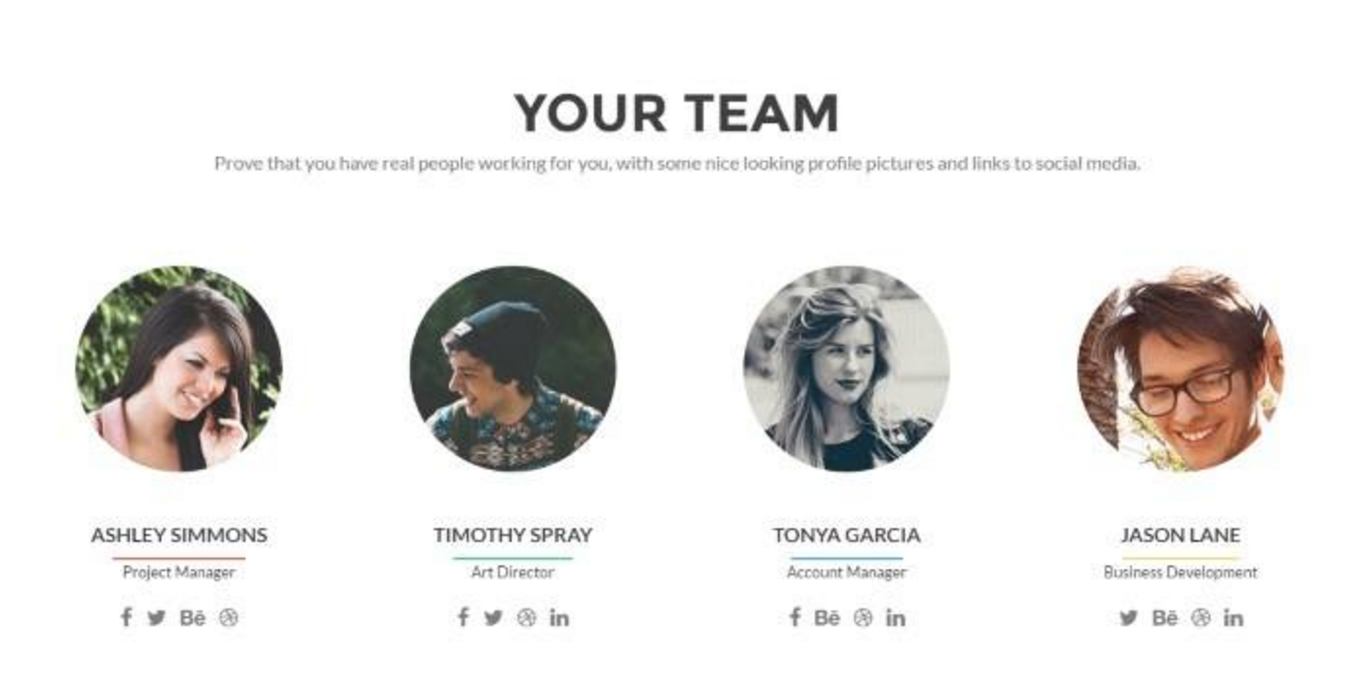 The authors of Zerif Lite were given two weeks to comply with the requirements but decided they didn’t want to break 300,000 sites with a requirement to install plugins to store the front page content as custom post types. The theme was suspended from the directory this week.

This isn’t the first time the Presentation vs. Functionality guideline has been enforced. The TRT began cracking down on violations more than a year ago and Zerif Lite was at the forefront of that conversation as a prime example under consideration.

In his post about Zerif Lite’s suspension, Ionut Neagu, CEO of ThemeIsle, cites a quote from Matt Mullenweg, who joined a TRT meeting following the heated discussion on the issue last year.

“We have a lot of hard and strict rules designed to ‘protect’ users, like around CPTs et al, but someone could make an informed decision to trade off future potential portability for current form or functionality,” Mullenweg said. “It would be a perfectly rational decision to make.”

At that time, Mullenweg encouraged the team to step back and examine the submission process and the directory in a new way that would encourage creativity among theme authors with fewer guidelines and restrictions. In response, the TRT issued a series of surveys but the guidelines have remained the same. Zerif Lite is now being required to meet all of the guidelines with no exceptions.

“In my view, disrupting the current user experience is just not worth it, and until we find a way to keep that user experience intact – and in a way that the review team is cool with (so far, our suggestions haven’t been received well) – we will have to stay suspended from the repo,” he said.

Neagu estimates that Zerif Lite’s suspension from the directory will diminish the company’s $70K/month revenue by 50%, as most of it is driven by Zerif purchases. ThemeIsle, which employes a 15-person team, will be reducing its expenses in preparation for the dip in sales. Neagu said they plan to cut out sponsorships for things like WordCamps and Pods.io, among other things, in order to make up the difference.

“Obviously we all feel disappointed with the decision, we feel it isn’t fair and believe that we did our fair share of contribution towards the community,” Neagu said. “However, complaining or starting a kind of war is not something we want to do. We would rather ‘fight’ to make the WordPress.org themes repository a better place for both users and developers.” The company and its employees still plan to volunteer, review themes, and submit new themes to the directory, despite the suspension of their flagship theme.

ThemeIsle has no way to contact the 300,000 Zerif Lite users. The company has created a plugin called Zerif Lite Transition so users can safely continue to use the theme and get updates when available. The plugin also applies to sites that are using Zerif Lite as a parent to a child theme.