For years, the WordPress admin has become increasingly overloaded with admin notices. Some of them are giant, branded notices with their own particular designs that obstruct users’ activities in the admin.

The Theme Review Team is taking action to curb obtrusive notices that fall within its purview – those generated by themes hosted in the official directory. In the excitement of yesterday’s announcement about the long-term plan to make make all WordPress.org themes accessible, this small bit of good news regarding admin notices slipped through the cracks. The team ratified a proposal from TRT member Danny Cooper to require all themes to use WordPress’ admin_notices API.

All the notifications generated by a theme should use the admin_notices API and follow the core design pattern.

During this week’s the meeting, Cooper cited Storefront, WooCommerce’s flagship theme, as one example of a theme-generated notice that does not follow the core design pattern and is shown on every page. 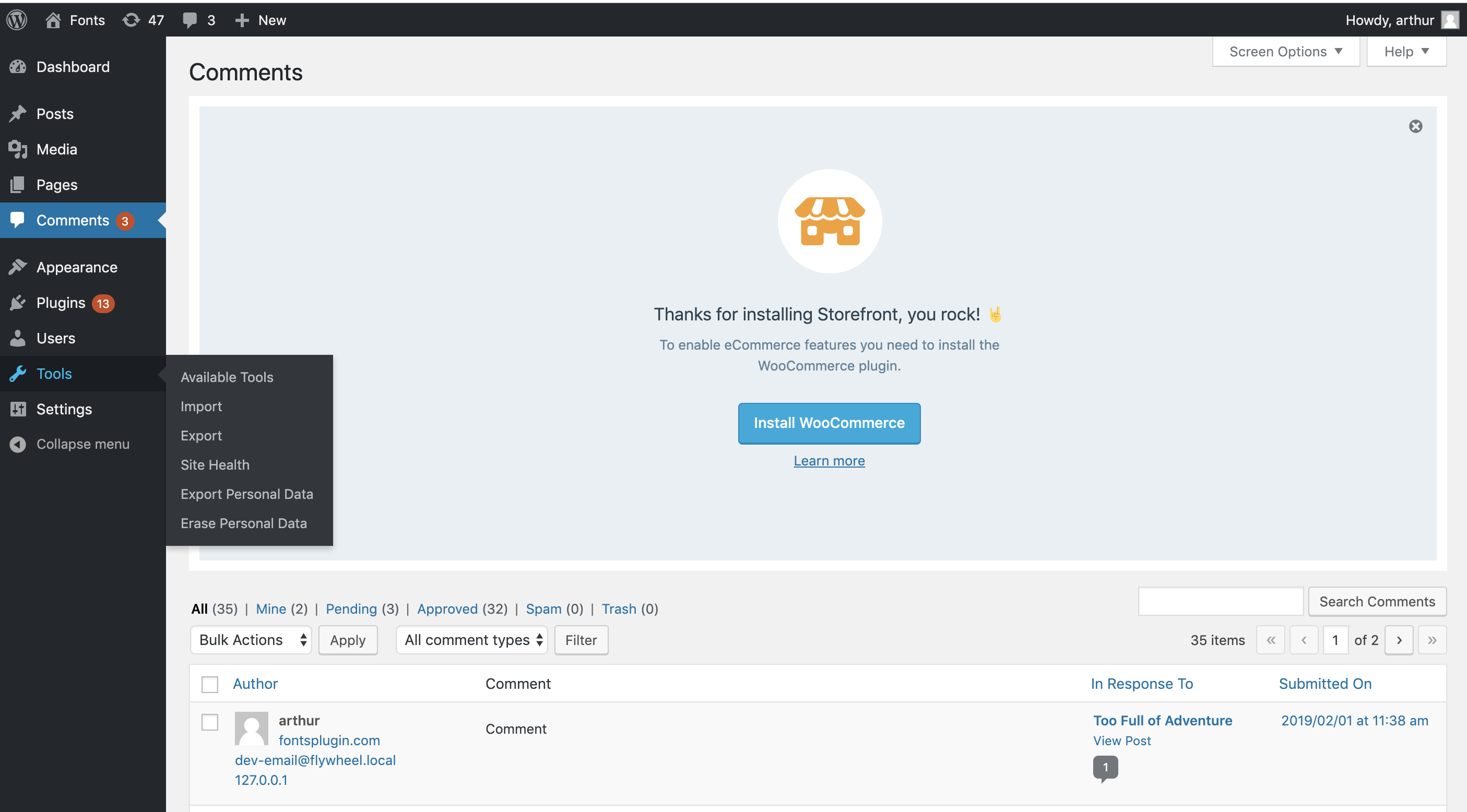 Another example is this style of activation notice on the Noto theme from Pixelgrade: 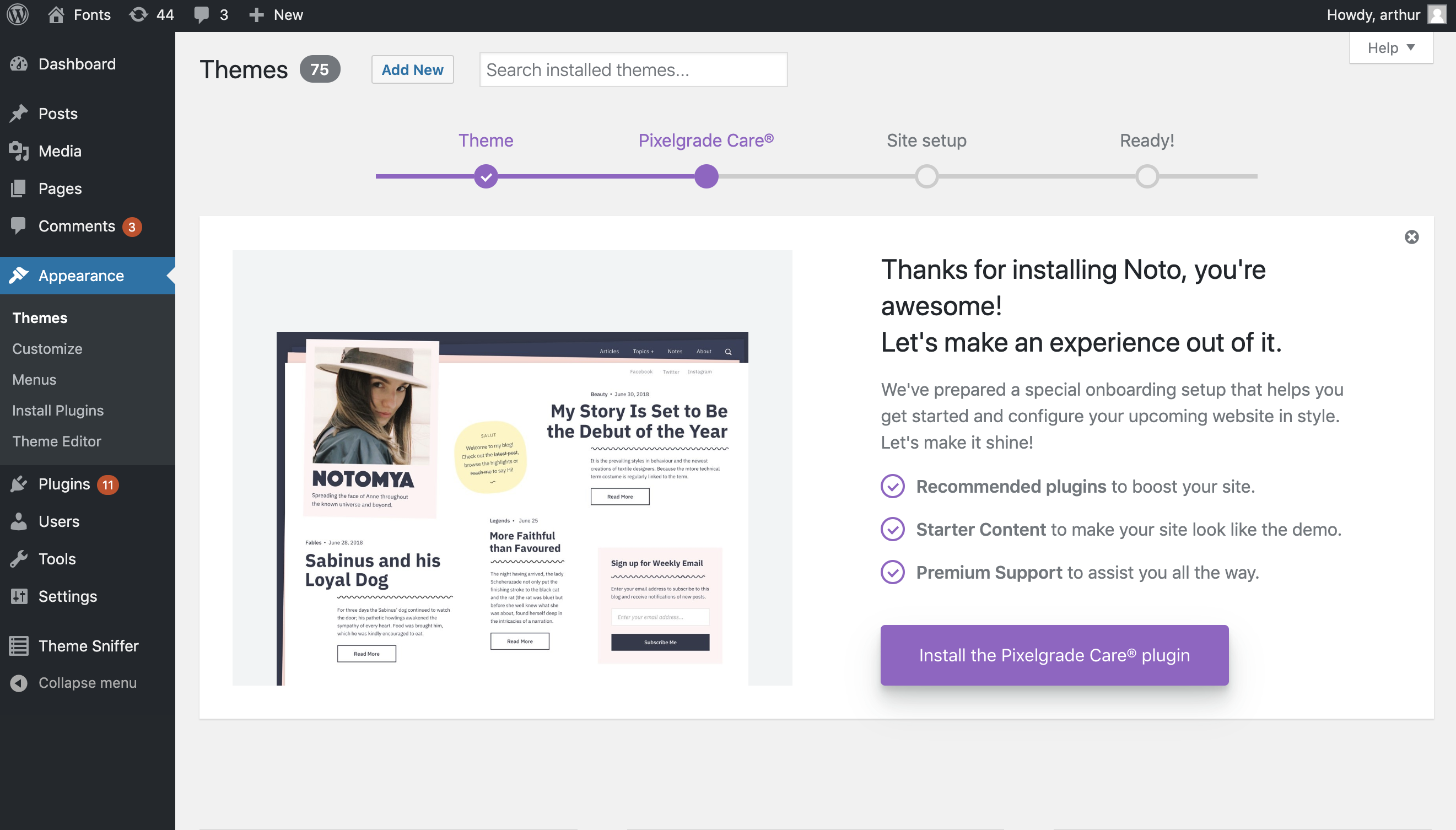 The Futurio theme has also employed a similar style notice for getting started after activation:

In the past these notices have not been expressly forbidden, although they are generally frowned upon by those who want to keep the WordPress admin from being overtaken by large, branded notices and calls to action.

Another example of an obtrusive notice is Hestia’s popup that appears if you activate the theme but then navigate to “Add New” on the Themes screen to hunt for a different theme. Cooper said this particular popup is likely outside the remit of this guideline, but it demonstrates what lengths theme shops will go to in order to better market their themes. 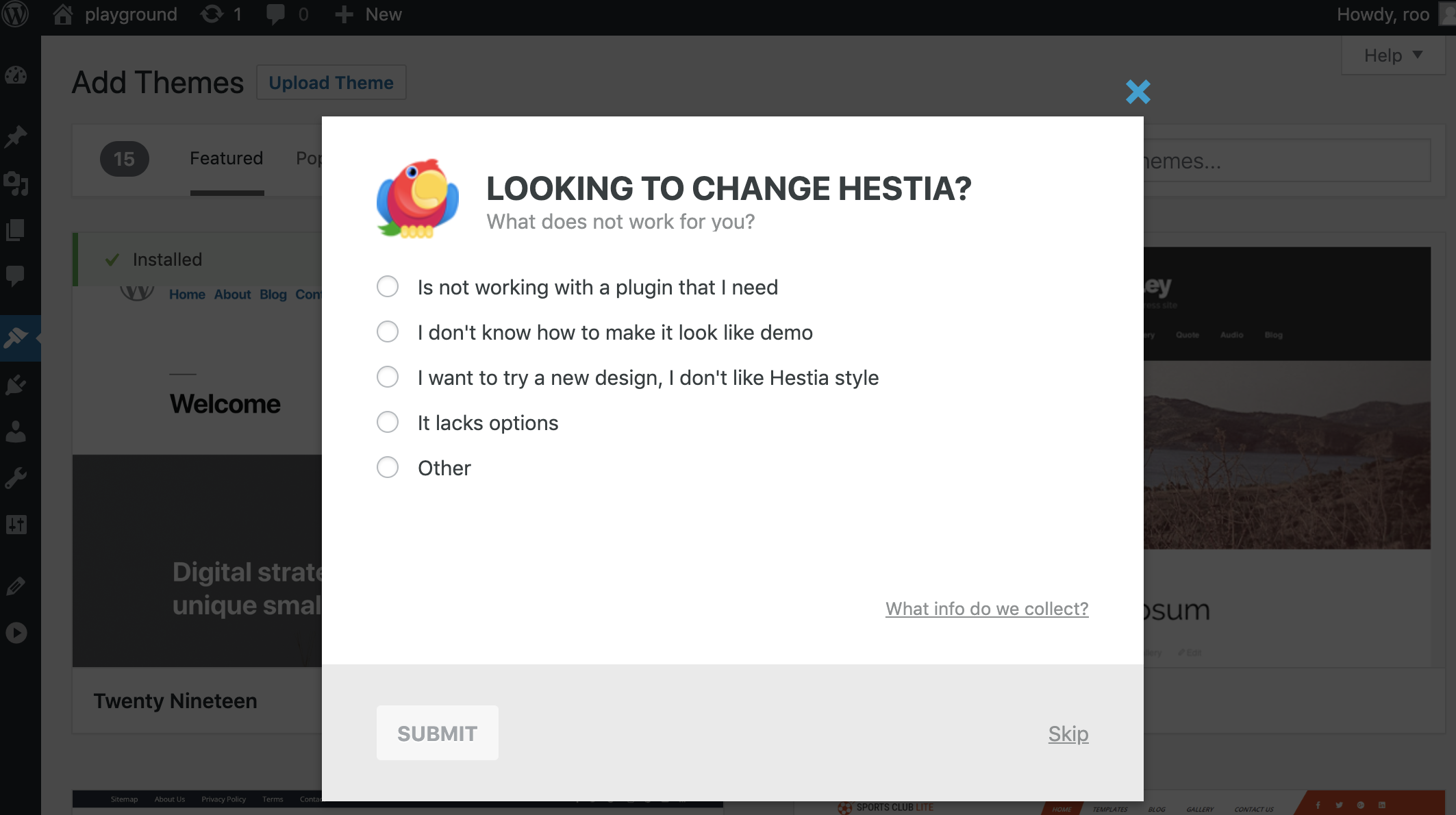 There don’t seem to be any specific requirements that would restrict the use of branding within the admin notices as long as they follow the core design pattern. A visual example of this pattern is shown below.

The Sydney theme has an example of a branding-free notice that works within these guidelines:

This new requirement will affect many popular themes on WordPress.org and will likely be applied the next time existing themes go through the update review process. Cooper said that themes already known to be in violation of this guideline will be prompted by the TRT to change their notices as soon as possible or risk suspension.

“It’s especially important that themes on the ‘Popular’ tab adapt quickly as other theme developers use them as inspiration when implementing similar functions,” Cooper said.