The WordPress Theme Review Team is now curating a library of code examples on GitHub for theme developers. The first section is devoted to customizer code with examples for panels, sections, basic controls, and advanced controls. 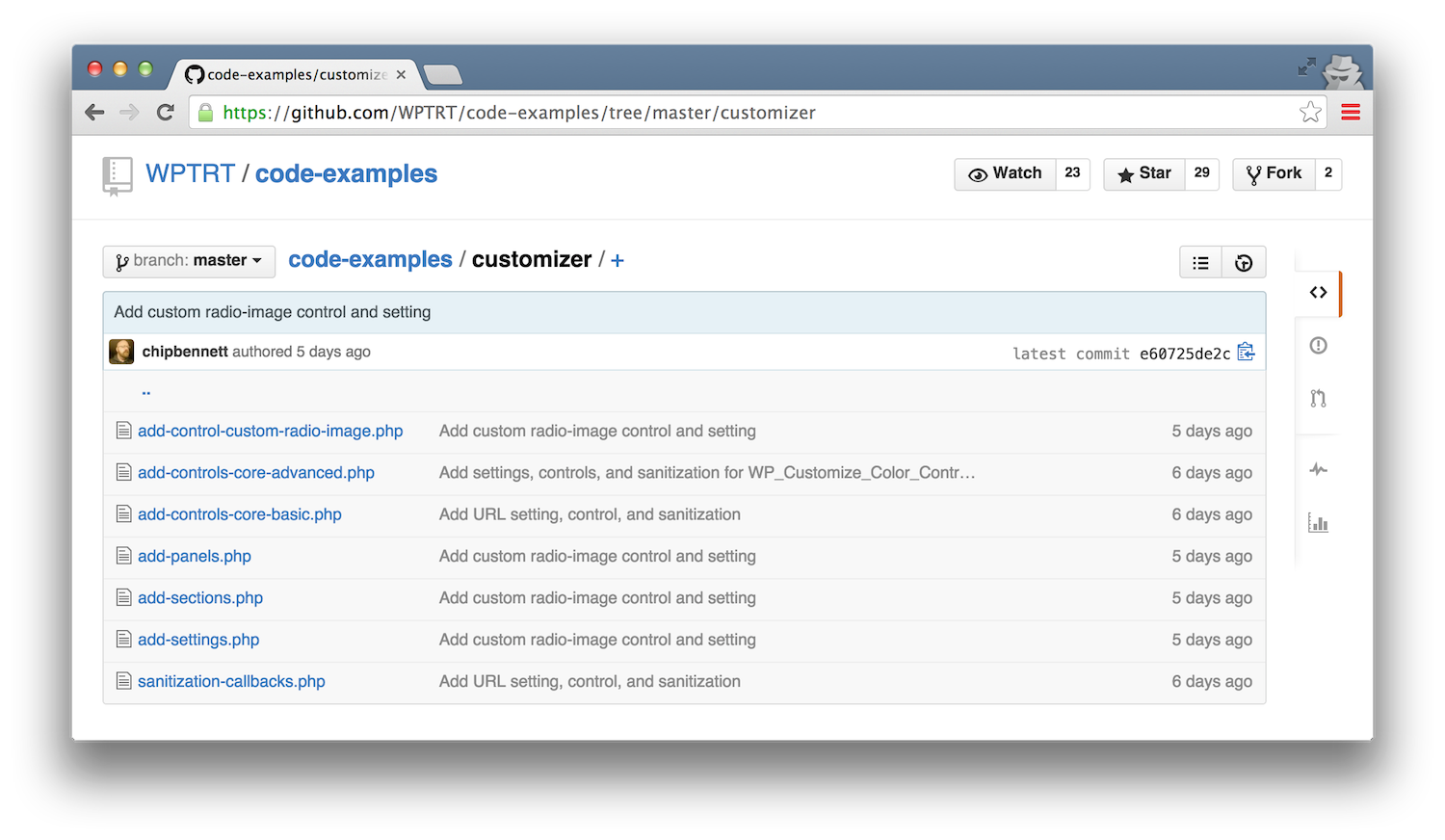 “We will continue to add to the library, including more examples of custom controls, and more advanced examples, such as postMessage and other JavaScript fun, modifying the style of the Customizer panel, and others as suggested/requested,” TRT member Chip Bennett said in the announcement.

In April, the Theme Review Team decided to enforce the use of the customizer for building theme options, offering six months for authors to comply with the new guideline before violations would be rejected during updates. This decision immediately necessitated better documentation for building with the customizer, and the code example library fits in with this effort.

During a TRT meeting last month, Chip Bennett argued against the promotion of Customizer API frameworks, such as Redux/Kirki, and emphasized the need for educating theme authors on how to implement the API.

“Instead of encouraging use of a ‘known’ framework, we should take the opportunity to teach,” he said.

“Essentially, I don’t want the TRT to encourage/facilitate/enable the use of Customizer frameworks at the expense of helping developers actually learn how to implement the Customizer API.”

Bennett suggested that the team focus on teaching basic implementation of the core Customizer API, followed by education on how to implement custom controls.

“Rather than creating a list of known frameworks, let’s focus on building our library of known, good custom controls, and work on tutorials for the core API, proper sanitization, use of custom controls, etc.,” he said.

This is where the GitHub-hosted code examples library comes in handy for those who want to build themes that will meet WordPress.org guidelines. The team welcomes suggestions, requests, questions, and pull requests from anyone who wants to contribute to the effort.