In June of 2010, WordPress 3.0 Thelonious was released with the historic merge of WordPress MU into core and the debut of the brand new Twenty Ten default theme. This pivotal release also gave developers the ability to register their own custom post types. Expanding WordPress’ custom content capabilities beyond simple posts and pages has been critical to the platform maintaining its dominance as the world’s most used CMS.

Thousands of WordPress developers make a living from products that are based on custom post types. Five years ago, when the feature was still new, you had to know how to write the code to register a new post type. That’s when the folks at WebDevStudios released Custom Post Type UI, a plugin that offers an admin interface for creating and managing post types and their associated taxonomies. 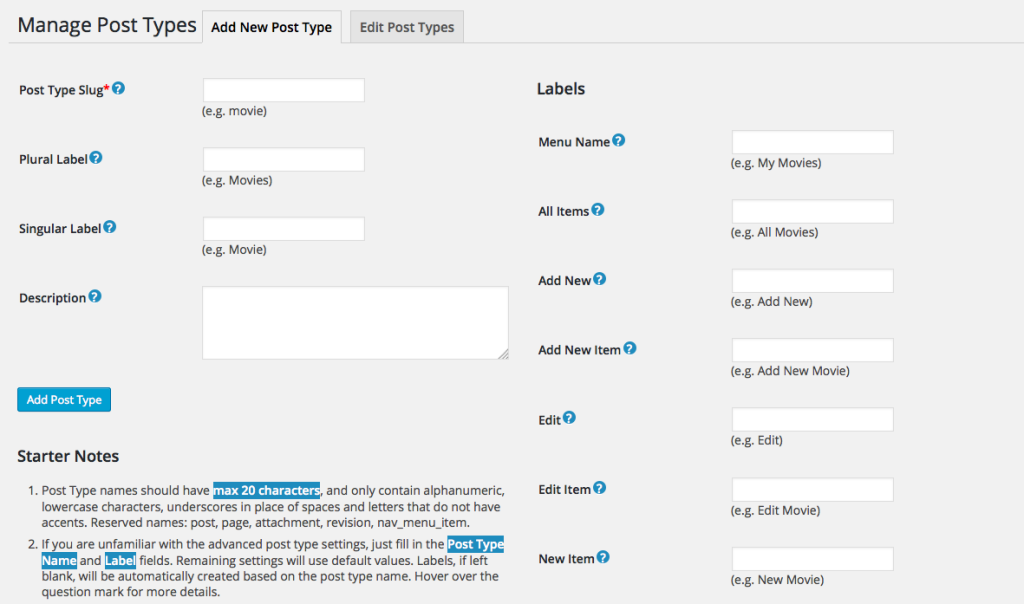 The company counts more than 30 plugins in its collection on WordPress.org, but Custom Post Type UI is by far the most successful. Last week it passed one million downloads and maintains a 4.6 out of 5-star average rating from users. The plugin is currently active on more than 200,000 WordPress sites.

Michael Beckwith, the current maintainer of Custom Post Type UI, published a post detailing the evolution of the plugin’s UI and codebase. His transparent account covers how the team overcame the challenges of their massive codebase overhaul and the undetected bugs that come crawling out of the woodwork with a major release.

A plugin with a user base in the hundreds of thousands that manages to maintain a nearly 5-star average rating on WordPress.org is a notable achievement, especially when it involves weathering the UI and code updates required to keep pace with WordPress.

“I believe this milestone represents the fact that making features usable and more user-friendly to the ‘average Joe’ can take you a long ways,” Beckwith said. “Custom Post Type UI made it easier for more people to tap into the power and customization ability that custom post types and taxonomies offer to a WordPress powered website. Because of that ease of use, many have added it to their toolbox for every website they have or work on, and recommend it to their friends.”

The plugin is being developed on GitHub. Although there are many enhancements under consideration, Beckwith said that no major changes are planned for the near future.

“I would love more to get more people up-to-date on the current version and let it be the stable version for awhile,” he said.

“Looking at our stats page, we still have reported active installs using as far back as version 0.6. While I can sit here scratching my head as to why, I also have to consider that that version is stable enough and still meeting the needs of 0.6% of our users.

“If it is not breaking for them, and there is no security concerns, then it is not all bad that they are still marching on. There is also the minimum version requirement to keep in mind. There are still WordPress installs active and out in the wild that are not running WordPress 3.8 or higher. Until they are, those users are not going to be notified that there is even an update available,” he said.

If you want to learn more about what it takes to maintain a popular plugin while successfully navigating the years of changes and support, check out WebDevStudios’ 1 million downloads celebration post.