WordPress 5.3 is set to introduce an admin email verification screen that will be shown every six months after an admin has logged in. The feature was proposed seven months ago in a ticket that contributor Andrei Draganescu opened as part of the Site Health component improvements. 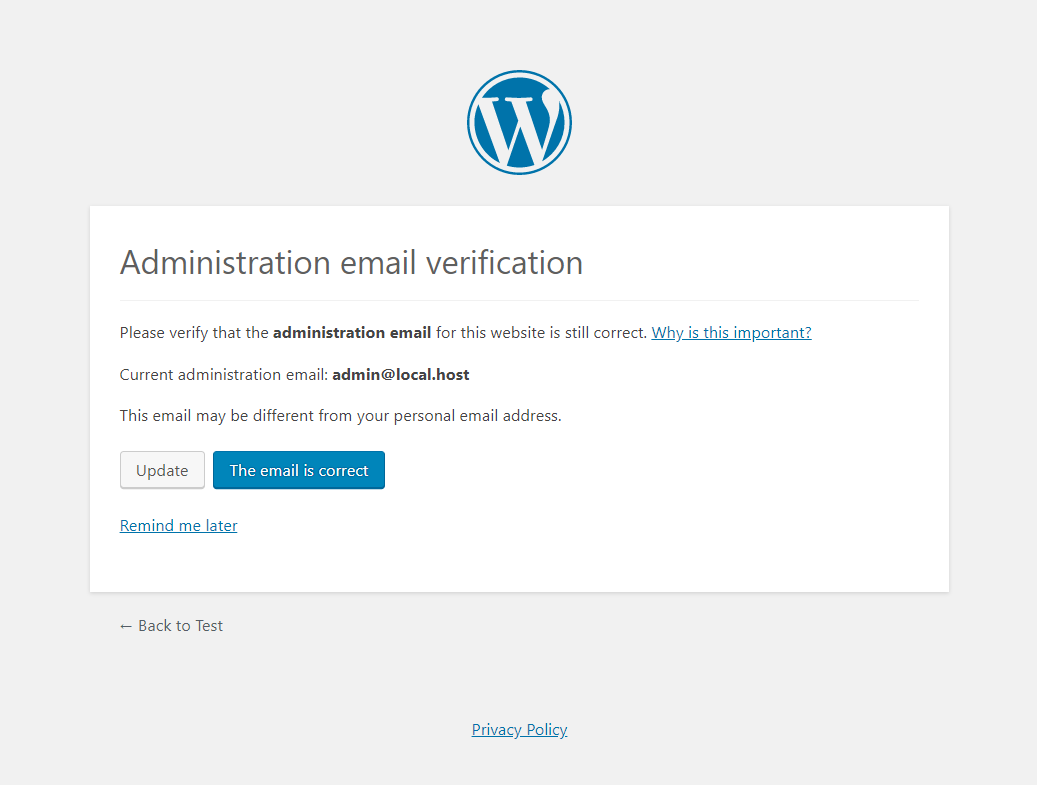 Draganescu said the idea came from discussions in the #core-php channel regarding WSOD (White Screen of Death) recovery emails, which are sent when a site experiences a fatal error and the administrator may be locked out of their WordPress site. Participants in the discussion raised the issue of how common it is for admin email addresses to be outdated or set to a “catch all” address that is never checked. The email address may also be set automatically by the host during the process of a one-click installation.

The “Why is this important?” link leads to a WordPress support article that describes the various uses for the admin email address, such as new user registration notifications, comment approval, and maintenance messages.

Although it wasn’t the stated intention for the new admin email verification screen, the feature could become important for improving communication prior to automatic updates. Requiring admins to verify their email addresses after six months could ensure that more addresses are kept current, especially for admins who check their sites infrequently.

When the WordPress security team proposed auto-updating older versions of WordPress to 4.7, one of the chief concerns is whether WordPress will be able to reach admins whose emails have been abandoned. This new admin email verification screen will not be be useful for older WordPress sites, but in the future, when auto-updating for major versions becomes the standard, it will help ensure more administrators are getting those notices to a working address.

A new admin_email_check_interval filter is available for developers to customize the interval for redirecting the user to the admin email confirmation screen. Those who find it to be unnecessary or annoying can set a very large interval for the check.