WooSesh, a new two-day virtual conference focused on WooCommerce topics, will be held October 18-19. While wrapping up another successful edition of WordSesh, Brian Richards announced WooSesh as the next event coming under the WordSesh brand. On Wednesday, nearly 500 attendees joined WordSesh. People tuned in from around the world, although the audience was heavily US-based due to the time the event was scheduled. 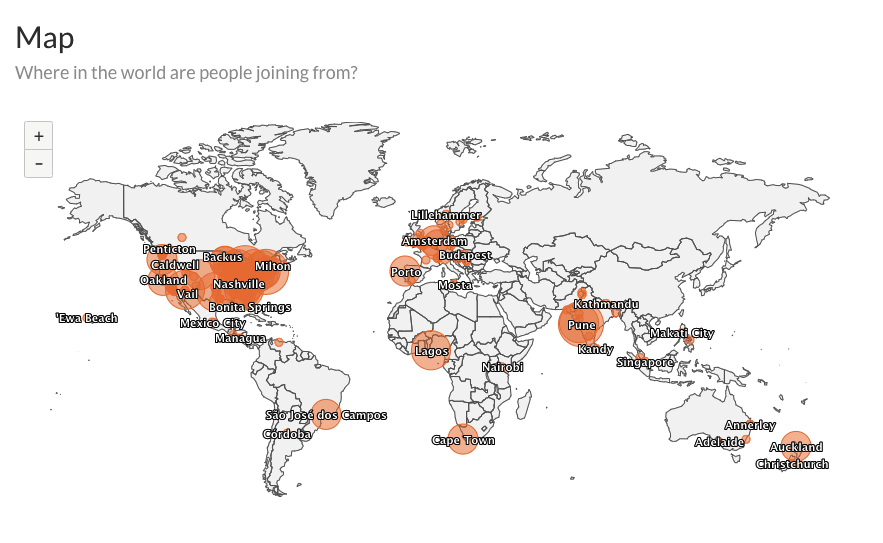 Since WooConf is not happening this year, WooSesh is an exciting alternative that will be accessible to anyone in the world. Co-organizers Brian Richards and Patrick Rauland will be hosting eight presentations each day, so the event will last between 8-10 hours both days, including breaks and announcements.

“Once we learned that WooConf wouldn’t be taking place this year we reached out to our friends at Automattic to see if we could work with them as well to still provide a high-quality event but for a much more global audience,” Richards said.

WooCommerce is sponsoring the entire event, making it free for all live attendees. Richards said they are working with other prominent companies in the WooCommerce space who are lending their knowledgeable staff as presenters, as well as providing the event with digital swag for attendees.

WooSesh organizers are employing an interesting concept for encouraging attendance and engagement. The conference will have a $200 ticket price for those who do not attend live. Those who register in advance and attend live will receive the $200 ticket for free.

“That means if a person joins the mailing list and shows up for the event, they’ll be able to experience the whole thing at no cost to them,” Richards said. “Similar to WordSesh, a ticket grants attendees access to the entire broadcast, chat, recordings, real-time transcriptions, and some cool digital swag. But with WooSesh they’ll also get some targeted follow-up content, and perhaps a private community, to further help them succeed and increase the impact of this conference.

“And I think it’s in everyone’s best interest to register and attend live – at least trying to make it to one of the sessions across the two days – so they can get all of that for free.”

Richards said recordings may still make it out there for people to view afterwards but none of the other perks and follow-ups will be available without purchasing a ticket or attending live.

“We talked about asking people for a credit card up front and building a mechanism that would either charge them after the fact (like a pre-order) or charge them up-front but then refund them after the fact,” Richards said. “Instead we’re going with the simpler route and asking only for a person’s name and email address up-front. If they come to the live event they’ll be able to access all of the content afterwards just as if they had paid, and if they don’t attend live they’ll instead be greeted with a payment form.”

Building on their collective knowledge of organizing successful in-person and virtual conferences, Richards said he and his co-organizer wanted to reduce the friction as much as possible for people getting into their seats and engaged with the speakers and other attendees.

“Making it a virtual event already knocks down a ton of barriers,” Richard said. “Making the content available for free eliminates even more. Except that, people will often discredit free things and we didn’t want anyone to think of this content as any less valuable or serious than it really is.”

WooSesh organizers plan to host compelling case studies, as well as talks about SEO, security, tips for building different kinds of e-commerce stores, and share advice from others’ hard-earned lessons. The event will also host sessions for developers that delve into WooCommerce architecture, performance, how to build and support custom extensions, and how to expand service offerings to better support e-commerce projects.

“Our biggest goal with WooSesh is that it will help store builders as well as coders to have more impact with what they build,” Richards said. “Specifically, we’d like to see them make some measurable progress in their own goals, whether that’s more sales, better customer experiences, greater depth of knowledge, or otherwise. We’re also hoping that some of these talks will inspire attendees to do more than they originally thought possible – either for their own e-commerce stores or for their customers/clients.”