Sven Lehnert, CEO of Themekraft, published his company’s experience migrating from a custom theme options page to the theme customizer. He describes how difficult it was to move between the two and how it caused user frustration.

“I’m sorry for the trouble some users are experiencing. We receive positive as well as frustrated feedback and I understand how users feel this way,” Lehnert said. 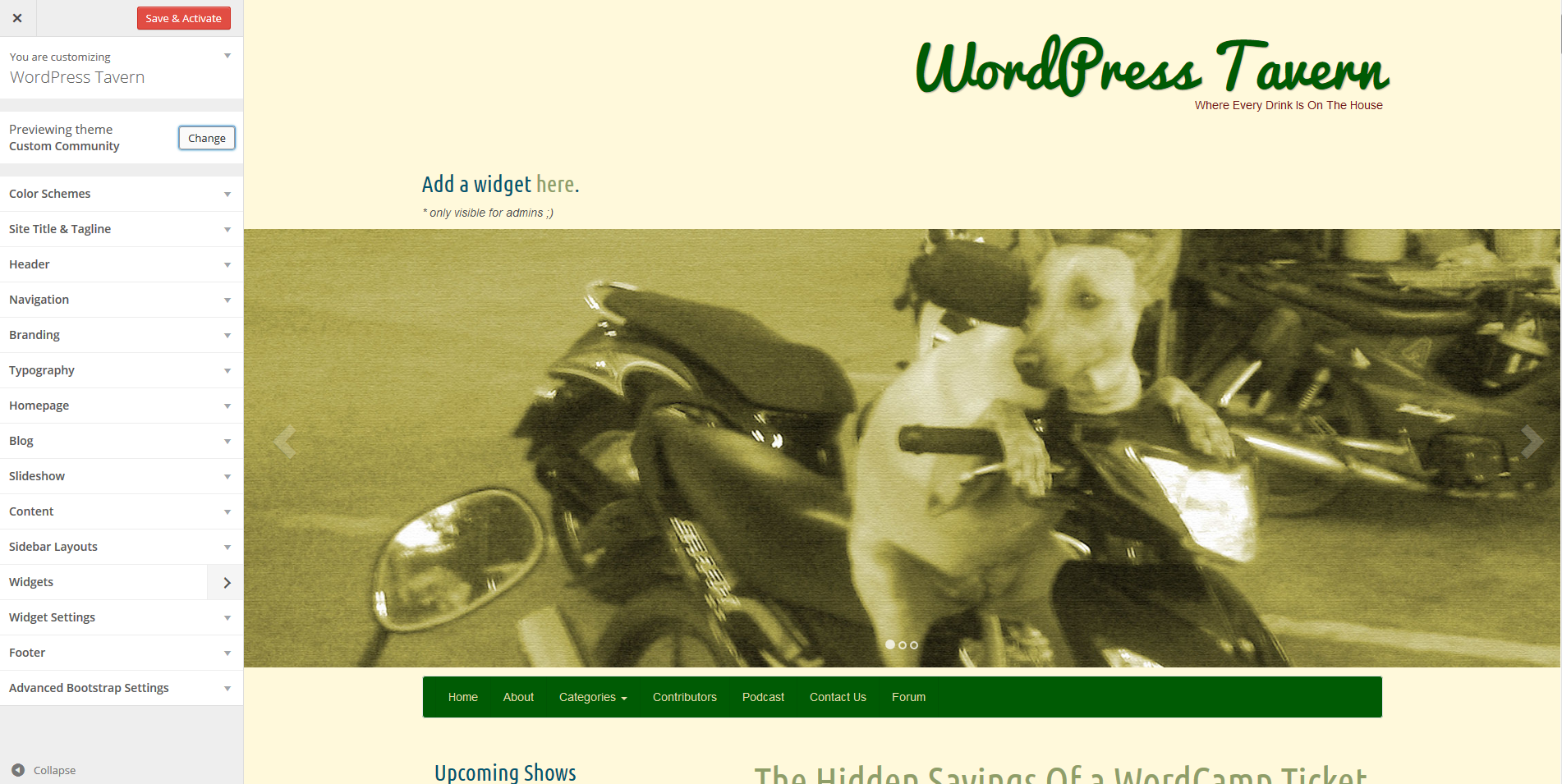 Themekraft is migrating to the customizer because of a new requirement that forces themes hosted in the WordPress theme directory to use it to build theme options. The requirement has sparked controversy and with 175 comments, is the most discussed article in Tavern history.

Consequences of Doing the Right Thing

Although Themekraft believes the requirement is the right decision, it’s come at the price of losing users. Lehnert expressed frustration that doing the right thing has caused users to jump ship, “I think it’s really frustrating, that our choice to use the customizer to create better themes has made users switch to a different theme. Our decision to use the customizer has pushed users to Themeforest.

Two to three years ago I would have agreed with the opinion that themes in the WordPress theme directory leave a lot to be desired. I’ve read enough reviews of great looking free themes that I’ve nearly erased this mindset. I used to discourage users from browsing for themes on the directory, now I encourage them.

For years, the WordPress community has discussed and educated users on why it’s important to separate presentation from functionality. Lehnert thinks it’s something normal users can’t understand, “They want to buy solutions and base their purchasing decisions from a graphical point of view. The separation from design and functionality is not understandable for the normal user.”

In a recent comment on the Tavern, Chip Bennett explains his perspective on the educational part of the problem, “You are absolutely right that the wider (i.e. more than just the developers/insiders/one-percenters) have a very long way to go to educate those users.

The reality is that, for far too long, commercial Theme developers attempted to add ‘value’ to their Themes by creating Theme+Plugin combinations.”

There’s been some movement on this front with some theme authors moving theme functionality back into plugins.

Part of the problem is explaining the difference between themes and plugins. If you ask 10 WordPress developers where the line is drawn, you’d likely get at least five different answers. Since plugins can do everything a theme can do, it can easily become a never-ending debate between presentation and functionality.

Creating a WordPress product that balances user and developer needs is tricky. The main impetus for requiring the theme customizer is to provide a standardized experience between all the themes hosted in the directory. It will also help the Theme Review Team review themes more efficiently.

Lehnert trusts the Theme Review Team’s decision but feels the change is geared towards developers. “I really believe in the WordPress community and I trust there will be a solution to the problem some day. At the moment however, the theme review guidelines only make sense from a developer’s perspective.”

He suggests that the WordPress theme directory add support for better theme previews with customizer access. This way, users can see how flexible and customizable a theme is.

Based on Lehnert’s experience, there is a perception problem between WordPress.org hosted themes and those on Themeforest. It will be interesting to see if other theme authors and companies have a similar experience when they make the switch.

It was disheartening to read this statement by Lehnert, “In the case of a theme business, staying outside of the community is easier!” Developers and users have at least one thing in common, they don’t like change, especially when it comes to requirements or guidelines. Developers have always had two choices:

Outside of WordPress.org, it’s the wild west. You can use whatever custom options page or framework you want without anyone telling you what to do.

Theme developers and companies are going to experience growing pains meeting the new requirement, but I think users of themes hosted on WordPress.org will be better off in the long run. They’ll know what to expect thanks to a standardized interface and eventually get used to interacting with the customizer.