After nearly eight years in business, Theme Hybrid has released its first commercial plugin. Up until now, all of the club’s themes and plugins have been free, but Justin Tadlock decided to try something new with the release of Theme Designer, priced at $125 (with support).

The price tag reflects the fact that Theme Designer targets independent theme authors, a very small niche demographic. The plugin is a theme portfolio manager with meta fields that cater to displaying theme data. It is the first of its kind and goes far beyond a traditional portfolio plugin to pull in data from WordPress.org, such as ratings, active installs, and downloads. 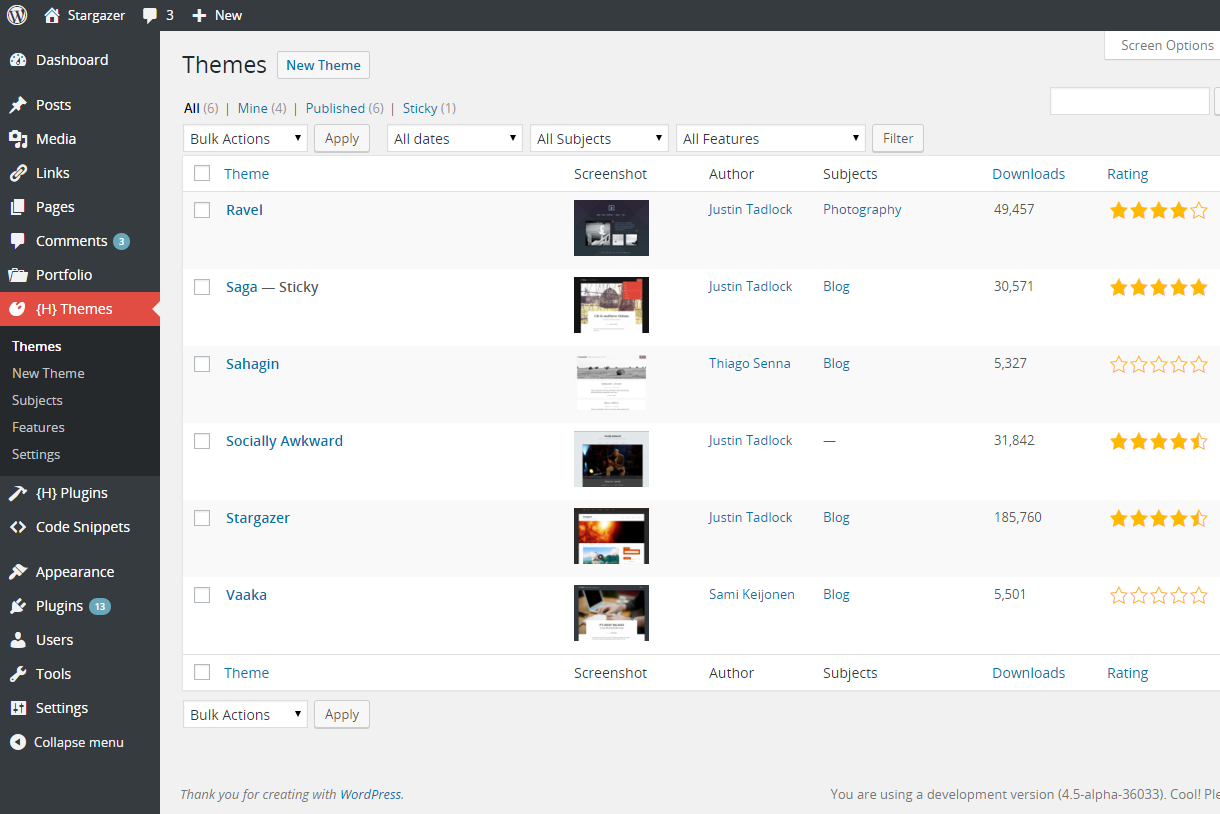 I spoke with Tadlock to find out why he decided to make the plunge into commercial plugin development after nearly a decade of creating free products and charging for support.

“Commercial plugins were pretty much nonexistent at the time. Today, it’s a much different picture. Essentially, it’s a move that I think makes sense for my site as a business.

He also said that, given the plugin’s limited audience, “There’s a finite number of people who would ever buy it. I couldn’t justify spending the development time on this as a free plugin.”

“Plugin development is where the commercial space is moving.”

Tadlock, a co-author on Professional WordPress Plugin Development, is no stranger to the plugin space, but has always pursued other avenues of monetization (i.e. support and theme reviews.)

“Plugin development is where the commercial space is moving,” he said. “The theme market is saturated, and there’s only so much you can do with a theme. There’s still room to innovate with themes beyond the ‘slider + 3 boxes + 3 boxes’ design, but that’s not my primary focus right now. Plugins allow me to explore ideas that I’d never be able to explore with themes,” Tadlock said.

His next product will be aimed directly at plugin developers with a good deal of crossover on features from Theme Designer.

“They’ll share much of the same UI,” Tadlock said. “The WordPress.org Plugins API integration should be a little deeper. Plugin devs have extra info they can add with their readme.txt file.

“I’ve still got a bunch of research left though. With Theme Designer, I looked at all the major theme businesses like StudioPress, WooThemes, ThemeForest, and many more. So, I’ll need to do the same for plugins,” he said.

With hundreds, or perhaps thousands of theme sellers out there, it’s surprising that the WordPress product space doesn’t already have more tools for showcasing their work. The theme market has long since matured to the point of sellers needing their own specialized tools. Every shop seems to end up building or adapting its own solution in-house. Tadlock is hoping that introducing commercial plugins like Theme Designer will expand Theme Hybrid’s user base.

“In the long run, it should bring in a wider audience of users,” he said. “One thing I’ve noticed over the past couple of years is that more people have already been signing up for plugin support, so the site’s audience is already in a transitioning phase.”