Stack Overflow Survey Results Show WordPress is Trending Up, Despite Being Ranked Among Most Dreaded Technologies

Stack Overflow published the results of its 2016 Developer Survey, summarizing responses from 56,033 developers in 173 countries. The 45-question survey collected answers from more than twice as many developers as the previous year.

The results were published along with a disclaimer recognizing that the survey is “biased against devs who don’t speak English, or who don’t like taking English-language surveys.” Nevertheless, since the survey captured responses from such a large number of developers on a site that receives 40 million visitors per month, the results are definitely worth a read.

The average age of developers surveyed was 29.6 years old and 92.8% of the respondents were male. Most of them are at least partially self-taught (69%) with 45% of them having acquired degrees in computer science or a related field.

A quick developer profile of those surveyed shows that the largest section (28%) is made up of those who identify as a full-stack web developer.

Despite the fact that the vast majority of the respondents were male, the results indicate that developers value diversity. In summarizing 42,156 responses, Stack Overflow found the following:

Visual Basic and WordPress Top the List for Most Dreaded Technologies

WordPress moved up one spot from last year in the ranking of most dreaded technologies that respondents would prefer not to use. This is not surprising given that the most popular tags for posts on Stack Overflow are JavaScript, Java, Android, and Python. 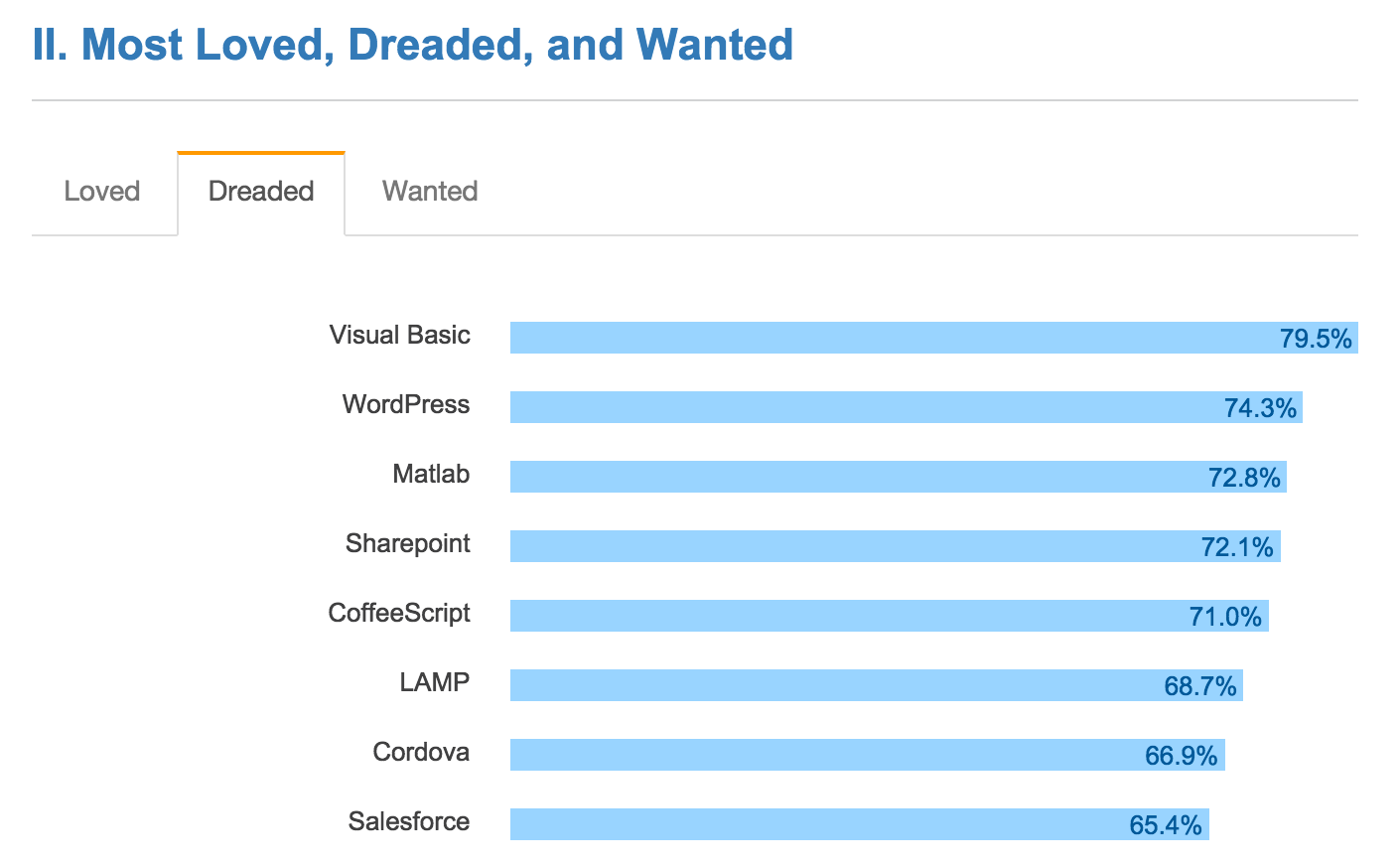 On the other hand, when surveying the most popular technologies per developer type, WordPress is currently used by 24.1% of front-end developers. As a side note, this also corresponds roughly to its current market share (26%).

WordPress and JavaScript Technologies Are Trending Up 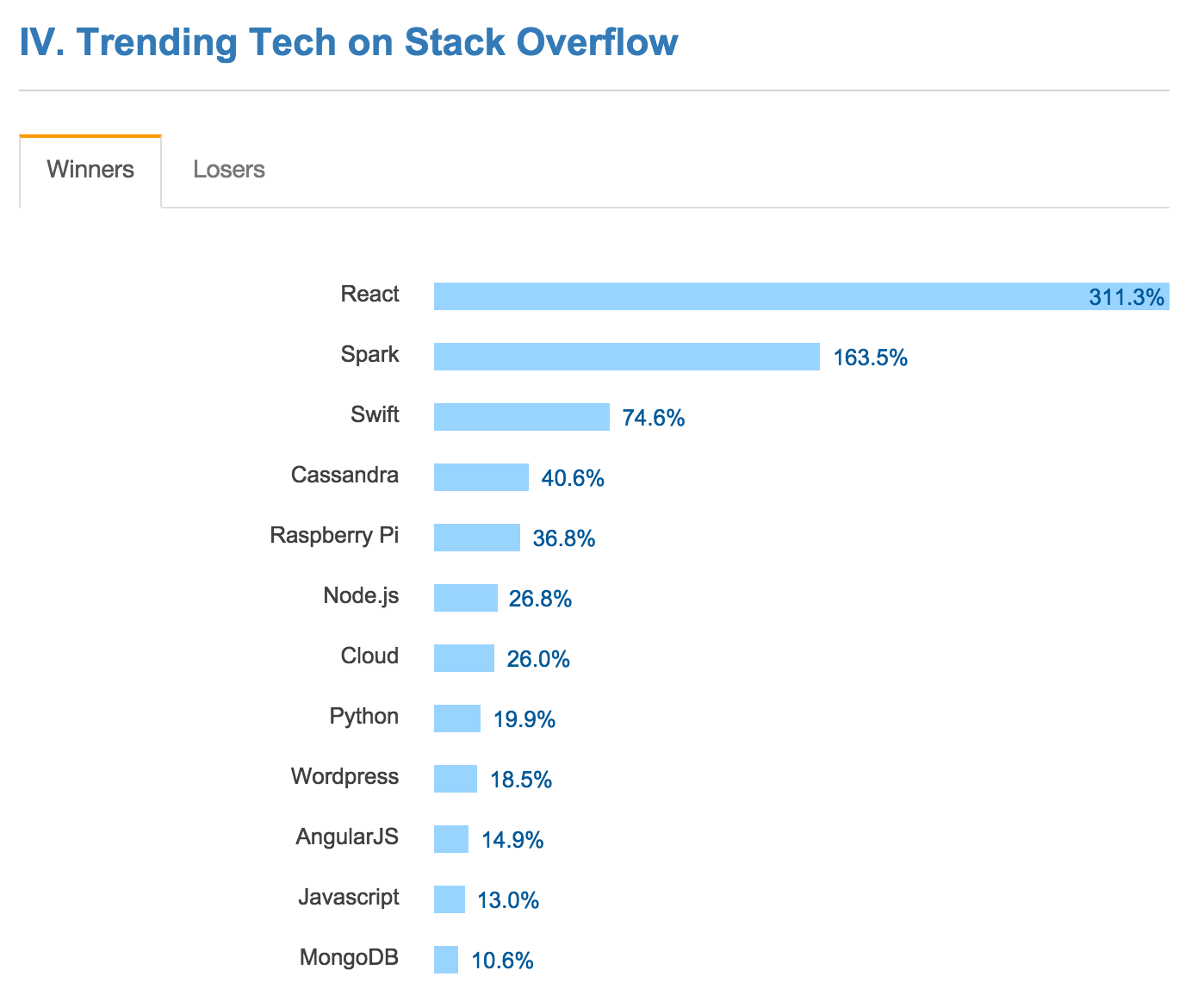 Newer technologies like React, Node.js, and AngularJS are trending, with the above percentages representing the change in share of Stack Overflow votes between January 2015 and January 2016. All three are also among the top-paying technologies per occupation for both full stack and front-end developers.

It’s worth noting that all of these trending technologies are also becoming more readily integrated with WordPress, and will be more widely used when the REST API is finally merged with core.

Despite the fact that WordPress ranks second in the most dreaded technology category, it is also trending up 18.5% from 2015. According to these results, WordPress’ popularity is increasing at a rate similar to that of many JavaScript-based technologies.

The 2016 results found that 91% of developers surveyed worldwide are “gainfully employed” (full-time, self-employed, or freelance). Developers are in high demand, with just 15% of respondents actively looking for a job. It’s also interesting to note that 78% of developers surveyed are interested in exploring new employment opportunities.

If you’re trying to hire a developer, one of the most important things to consider is that they highly prioritize being able to work remotely. Responses from 49,521 developers indicate that as they gain more years of experience, both job title and remote work options are increasing priorities. 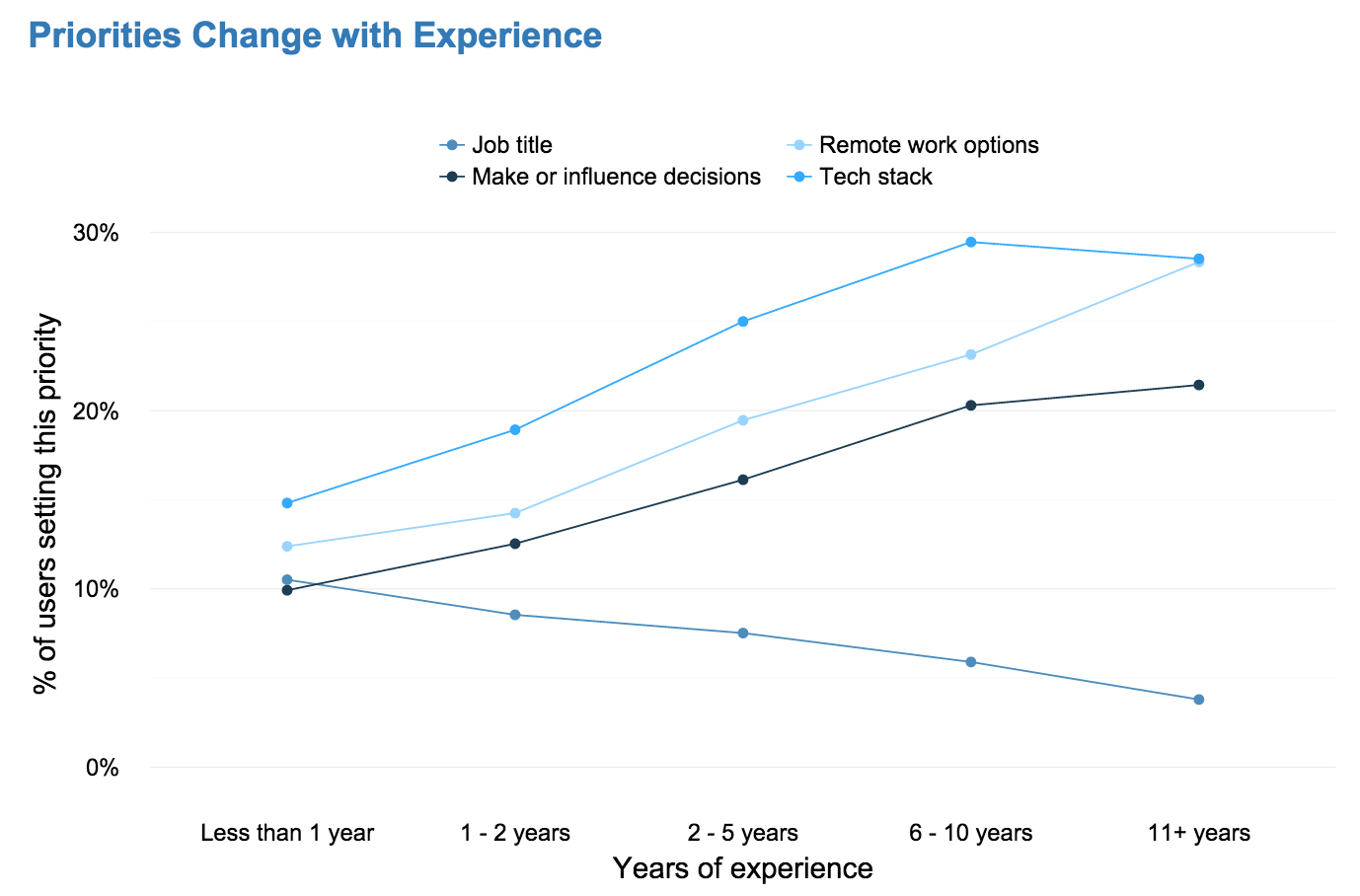 Only 30% of developers currently work remotely part-time or full-time, but Stack Overflow found that remote developers are more likely to love their jobs than other developers. If you own a company that hires developers, chances are that you will attract a larger, more experienced pool of applicants if employees are allowed to work remotely.

Developers who want to get a better understanding of the broader industry’s work challenges, salary expectations, and most popular technologies will want to review the full results of the survey.

The document includes some important feedback for the WordPress community to consider. Although WordPress is among the technologies that are trending up, the broader development community still does not seem to enjoy working with it. How can we make the software more developer-friendly without compromising user friendliness?

6 responses to “Stack Overflow Survey Results Show WordPress is Trending Up, Despite Being Ranked Among Most Dreaded Technologies”