Slack announced today that it has acquired HipChat from Atlassian. The friendly rivalry between the two competing group chat platforms will be laid to rest as Slack plans to retire HipChat and Stride. Atlassian will receive a stake in Slack’s business in exchange for shutting down its chat collaboration services and migrating all of its customers over.

Atlassian acquired HipChat in 2012 with the intention of scaling the business but found a formidable challenge in taking on the well-funded, market-dominating Slack app. As of May 2018, Slack reported 8 million daily active users and 70,000 paid teams. More than half of the app’s users are outside the U.S. and 65% of companies in the Fortune 100 pay to use Slack.

Atlassian and Slack are now joining forces to compete against Microsoft, who jumped into the enterprise collaboration market in 2016 with its Teams product. Teams’ free tier offers support for up to 300 people, with unlimited chat messages and search, and is aimed squarely at competing with Slack. 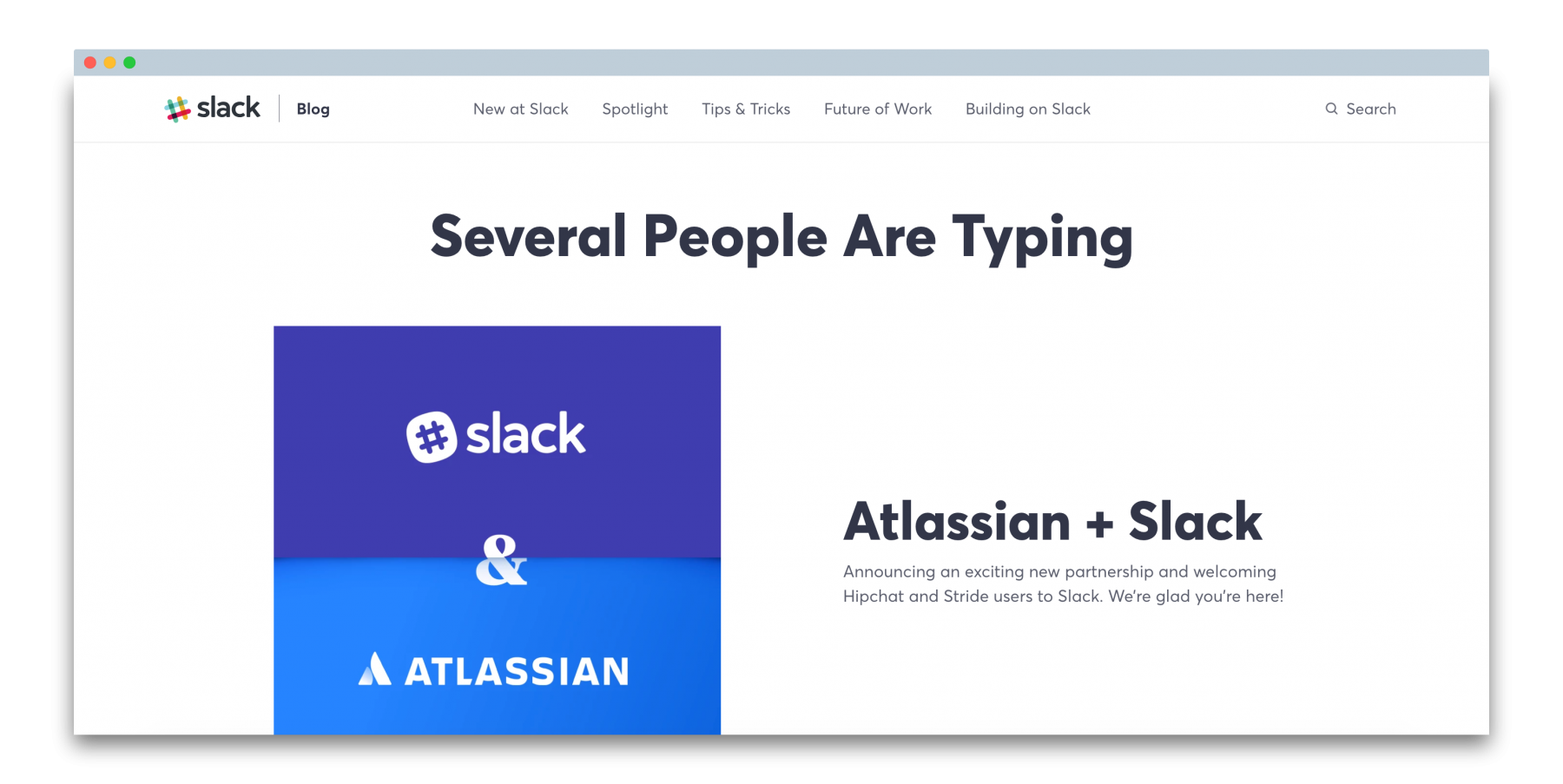 The news was announced on “Several People Are Typing,” the official Slack blog, which has just moved from Medium to WordPress. It is being hosted on the WordPress.com VIP platform.

💅 I can’t really answer the question (bias, yada yada), but it sure is good to be hosting the Slack blog at @WordPressVIP 😎 https://t.co/86aQQ5Pkaz

The answer to that question, by the way, is ‘yes.’