In light of the tragedy, French WordPress developer Julio Potier released a new plugin in support of the #jesuischarlie hashtag created to show solidarity with victims of the attack. The Je Suis Charlie plugin adds a black ribbon to the top right or left of your site. 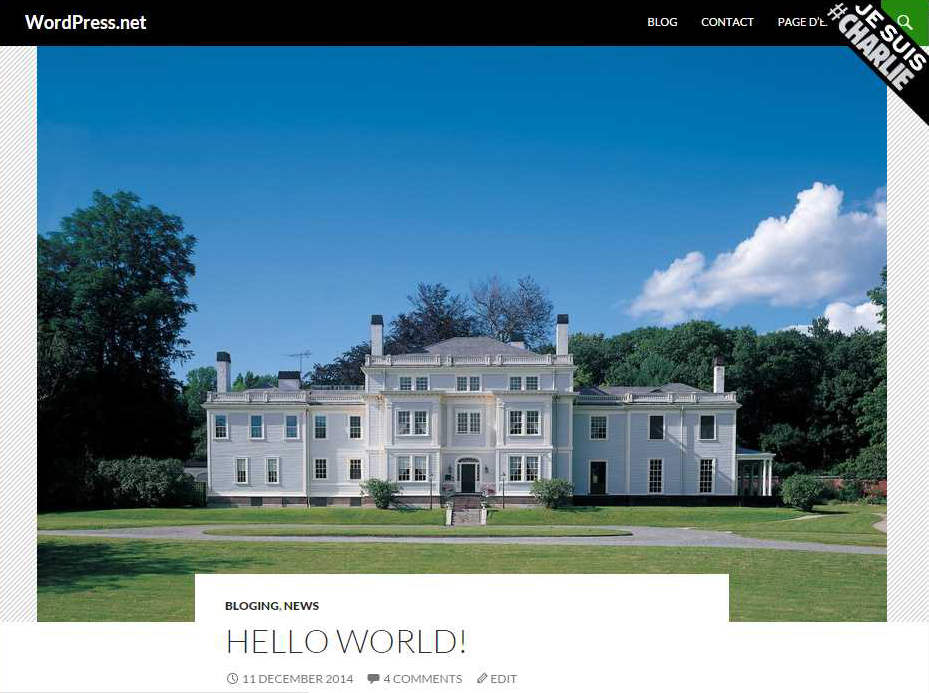 The banner links to the #jesuischarlie Twitter hashtag, which supporters are using to advocate for freedom of expression.

You can kill journalists, cartoonists. You can't kill the freedom of the press. You have only made their message stronger. #JeSuisCharlie

#Freedomofthepress cannot be killed. #FreedomOfSpeech cannot be suppressed. We are journalists, we will not be silenced. #JeSuisCharlie

You can see a live demo of the plugin on Potier’s website. In just one day, the plugin has already been downloaded more than 700 times.

Since WordPress is one of the most powerful vehicles for free speech on the web, Potier decided to use his plugin development skills to create a way for WordPress users to show their support. “I did it to show my support for Charlie Hebdo, for all the families of the casualties, for all people involved in this tragedy,” he said.

Potier believes that the banner means more than simply showing support for victims but is also a rallying cry in support of freedom of speech. “Saying ‘I am Charlie’ means that nobody can shut the mouth of the freedom of expression,” he said.

“I am also Charlie; we are all Charlie. Terrorists, you killed 12 people, but you can’t kill all of us, you can’t even try. You thought you could kill this freedom by taking down this newspaper? Instead, you raise a country with its beloved friends, all over the world.”