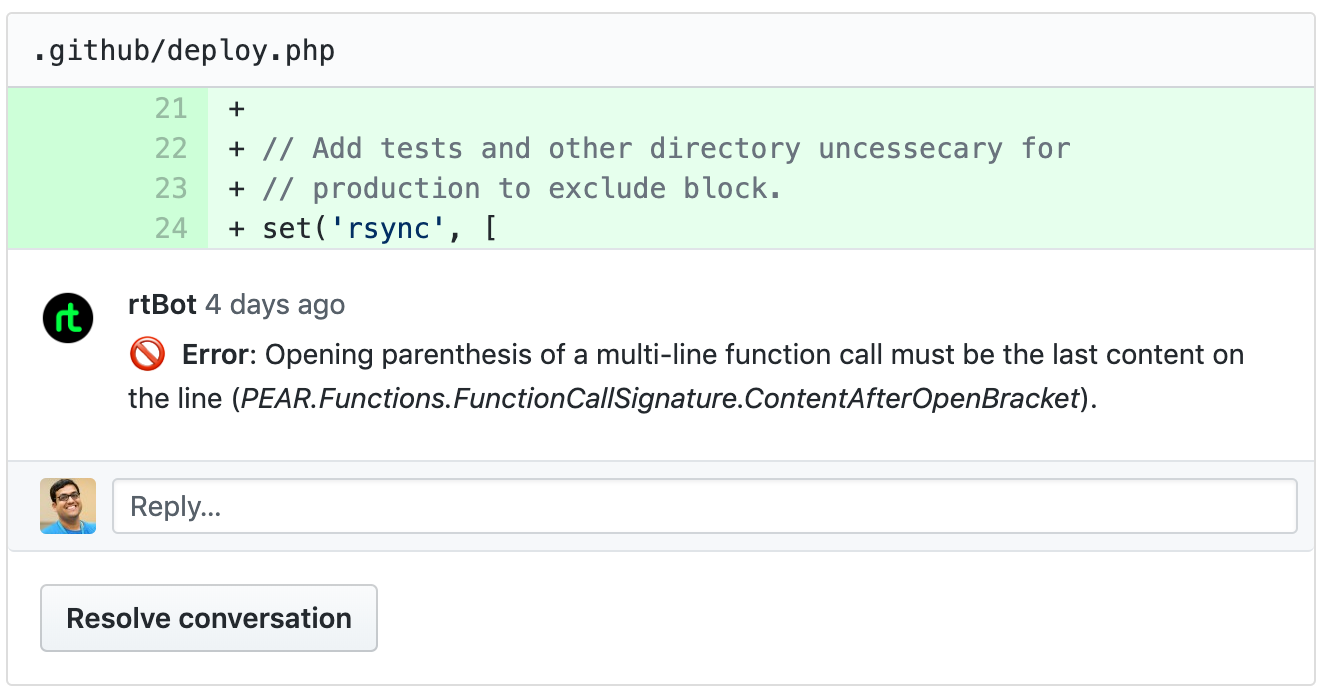 “Our action is a wrapper around the original vip-go-ci project,” rtCamp CEO Rahul Bansal said. “VIP’s project uses Teamcity which is expensive and very hard to get up and running. We built a wrapper around it to get it working with Github. Still huge props to them for sharing what we consider to be the USP of the VIP platform to the public at large.”

The Deploy WordPress GitHub action uses the Deployer.org tool to deploy code changes. Using it requires your git repo to match rtCamp’s WordPress Skeleton which is very similar to the VIP Go Skeleton. The action includes optional support for Hashicorp Vault, which is useful for managing multiple servers.

“Our action supports secrets fetching via HashiCorp Vault project,” Bansal said. “For small teams or indies using Vault might be overkill. But at scale, such as our hosting dept, where they are responsible for more than 100+ servers, Vault streamlines WordPress Deploys. It’s partly because of Vault, devs can simply change the hostname on the fly and everything still works.”

rtCamp has also released a GitHub action called Slack Notify that sends a message to a Slack channel. It can be customized to notify a channel about deployment status. The Site and SSH Host details are available if the action is run following the Deploy WordPress GitHub action. All three of the new Actions are designed to work seamlessly together.

rtCamp plans to add more Actions to its GitHub Actions Library in the future. Bansal said they are currently working on build actions to cover Sass, Webpack, and Grunt, as well as Testing actions for phpunit and QUnit. Further down the road they are planning to build an action that will automatically update their theme and plugin products in their EDD store when there is a GitHub release.