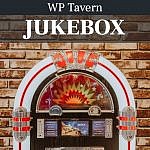 Jukebox
#9 - Tara King on Encouraging Developers Towards a Gutenberg Future

On the podcast today we have Tara King.

Tara has recently begun working for Automattic in the developer relations role. Tara will lead a newly formed team who will get out and about; trying to understand the pain points which people are having with the new Block Editor and Full Site Editing. They will then report their findings back to the developer and contributor teams, and hopefully establish a feedback loop to make the editor better.

They are also creating blogs, podcasts, courses and many other types of content to help people get up to speed with the Block Editor.

It’s no secret that whilst there are many people who love the Block Editor, there are many who remain unconvinced. Unconvinced might not be a strong enough word, but you get the idea. I wanted to hear about the purpose of this new team and how it’s going to be working. Will it have a real impact upon the future of the Block Editor? What will they be offering? How can they be reached? Who is deciding what’s included and what’s left out? What motivations are behind all these decisions?

We also get into a chat about the fact that WordPress is changing; moving away from a legacy of easy-to-understand PHP code and moving towards a JavaScript and React based future. Is the pain of learning these new skills going to be worth it, and is there going to be any support to help people get there?

It’s a wide-ranging discussion at an important moment in WordPress’ history.

Time will tell if Tara’s team can win the hearts and minds of unconvinced developers.

Have a listen to the podcast and leave a comment below.