npm, Inc. has released a preview of the results of its Enterprise JavaScript in 2019 survey, which was conducted from 12/1/18 – 1/8/19. The company received 33,478 responses from developers across 23 industries and 194 countries and territories. Twenty-two languages were represented and less than half of respondents spoke English (47.13%), although the survey was in English.

The preview highlights essential trends in the JavaScript ecosystem. React’s growing popularity is the least surprising among these trends. The results showed that 63% of respondents are using React. 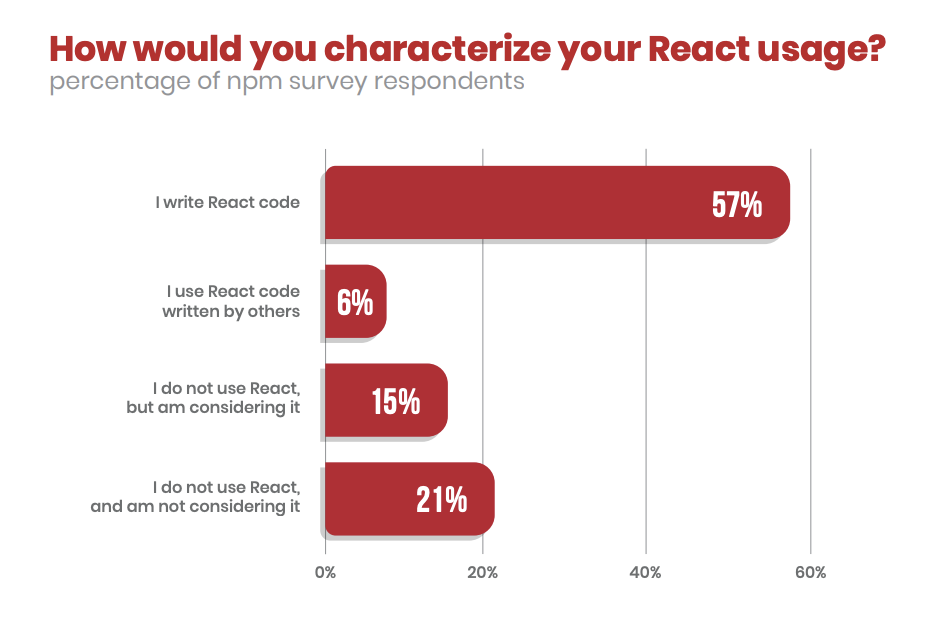 npm Inc. estimates that there are approximately 5 million React developers worldwide and concludes that “There has never been a JavaScript framework this popular before, and it is more than twice as popular as the next-biggest framework, Angular.”

Results for other frameworks are not yet available to the public but npm Inc. plans to share more details in future articles.

Nearly half (49%) of respondents have more than 5 years of experience using JavaScript, a 9% increase from the previous year’s survey, shifting an estimated 1 million participants into this category. This indicates that the JavaScript user base is becoming more sophisticated overall.

Another trend is the rising popularity of GraphQL. While its adoption is still relatively low, with only 7% of respondents indicating that they use it frequently, 23% of developers use it for some of their projects. The results showed that 72% of npm users are using or considering using GraphQL in 2019. 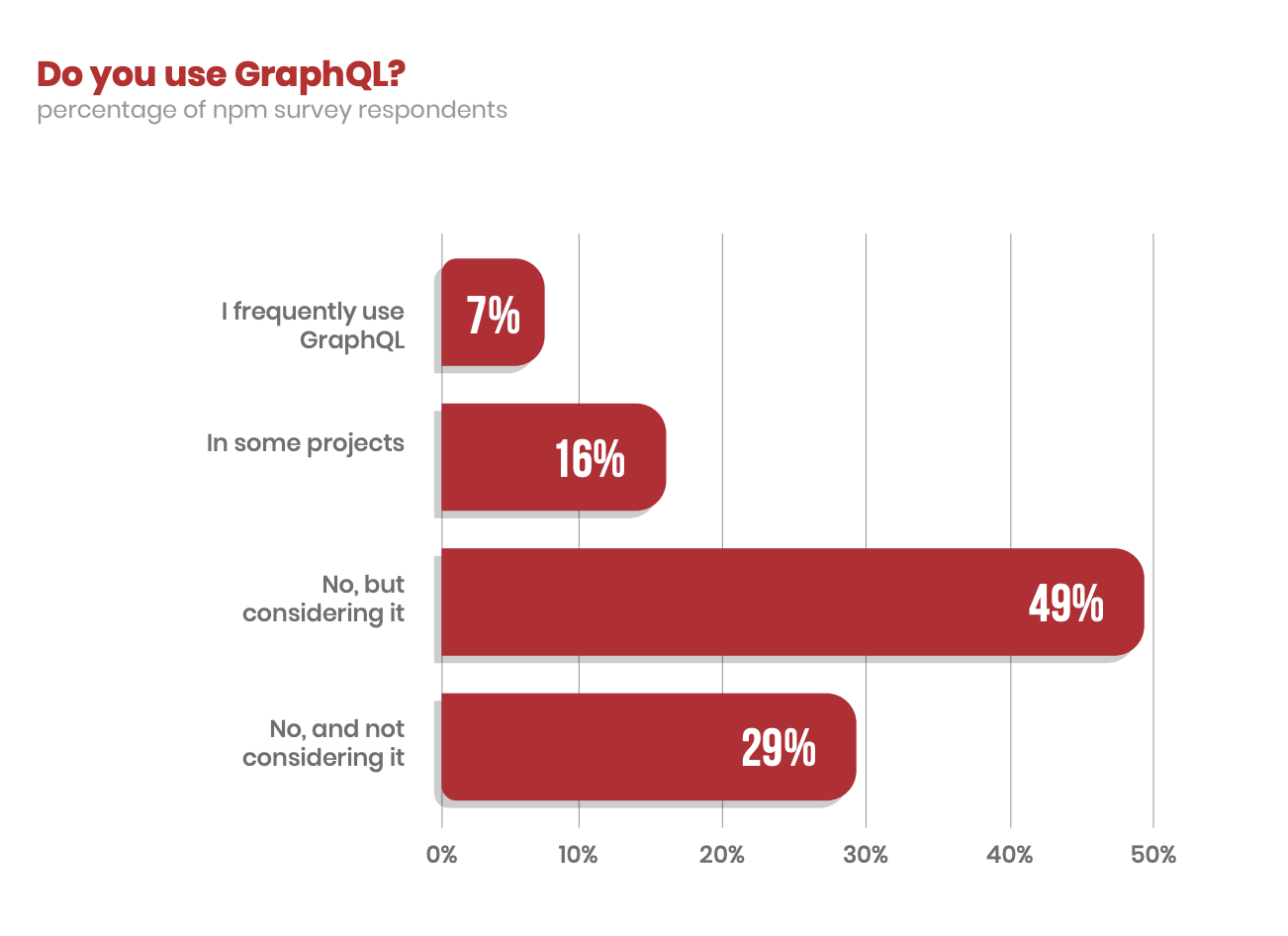 In a post that goes further in depth on the methodology used for the survey, nmp Inc. said the company did not collect demographics on race or gender identity, so the data may not be representative of the broader population of JavaScript users on these metrics. English speakers are also over-represented and the survey may contain some bias towards the opinions of users “who have more affinity to npm as an organization.” However, results from independent surveys like the 2018 State of JS Survey, show similar trends in the JavaScript ecosystem.

npm Inc. will be sending out follow-up surveys to specific groups of respondents who volunteered to answer additional questions. The company plans to publish more data from the questions about tooling choices, technical preferences, and attitudes towards various professional practices.