Since the rise of Twitter, every WordCamp has a designated hashtag for aggregating tweets about the event. Tweets using the hashtag are often a good measure of attendees’ excitement and connection to the speakers and activities.

French developers Willy Bahuaud and Thierry Pigot have just released a new plugin to display a live Twitter wall at WordCamps (or other events) on any WordPress website. Attendees can use a projector to show the wall on the screen in between speakers or out in the common areas. 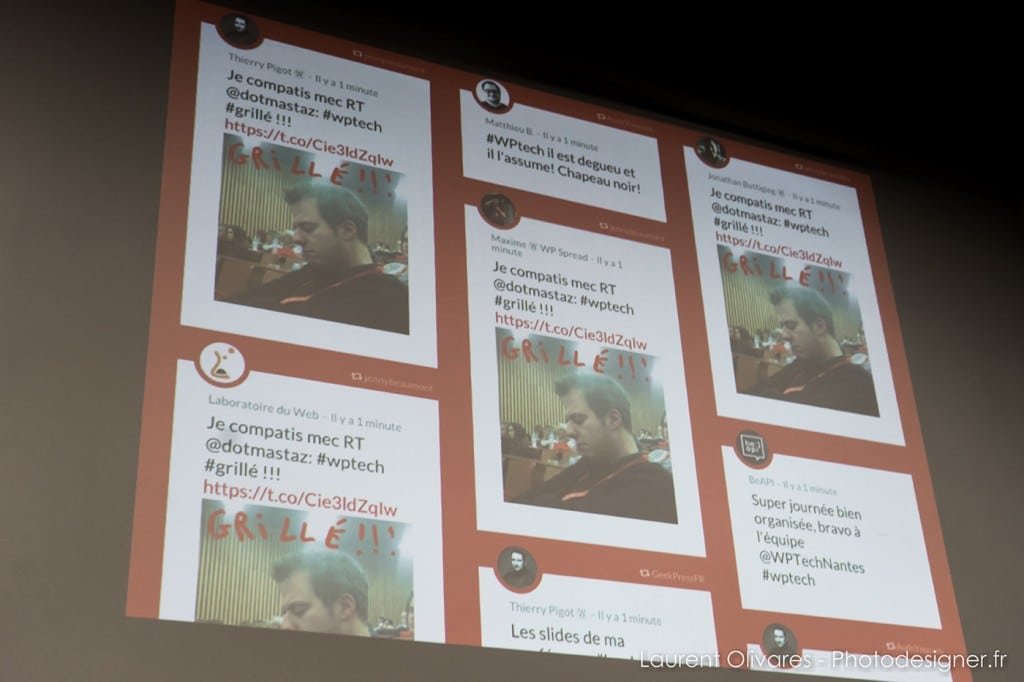 WP Twitter Wall was first used at WP Tech Nantes and WordCamp Paris. The plugin updates the Twitter wall every 30 seconds with new tweets and updates the timestamp for existing tweets. It contains a few pre-defined rules to guard the wall from automated spam and also includes settings for blocking users who are spamming the hashtag.

After obtaining an OAuth access token to make authorized calls to Twitter’s APIs, WP Twitter Wall users will have the option to customize the following options in the plugin’s settings panel:

The plugin was originally developed by Bahuaud and then Pigot added a module to filter spam for WordCamp Paris 2015.

“For the WP Tech in 2014 we used a ready-made webservice,” Bahuaud said. “It pleased attendees, but it didn’t really work as we intended (tweets were not ordered by time, and random tweets were highlighted). So for the 2015 edition of the WP Tech we wrote a plugin based on TokenToMe (a PHP class to interact with Twitter API).”

Three weeks ago Bahuaud and Pigot collaborated to combine their code, added settings for customization, and cleaned it up for distribution as a plugin that can be used by WordCamp organizers or at any other kind of event.

“It’s pretty cool to have a live tweet wall during an event, especially when something funny happens during a conference,” Pigot said. “It’s also a nice way when you want to inspire your community to tweet during an event – you always have some people who want to be visible on the wall.”

WP Twitter Wall is now available on WordPress.org and can be installed on any WordPress site to display tweets for an event. The FAQ page contains instructions for combining multiple operators in the search query, defining a custom stylesheet for the wall within a WordPress theme, and how to mark spammers.