Facebook shocked the world when it acquired WhatsApp for $19 billion dollars in February 2014. As of January 2015, the app’s user base has grown to more than 700 million active users, making it the third largest social network on the planet.

A new plugin released today brings WhatsApp sharing capabilities to Jetpack, which surprisingly doesn’t include this by default. A ticket was opened on Jetpack’s GitHub account to request this feature, but Jetpack representatives recommended that the service be added as a separate plugin.

The WhatsApp Sharing Button for Jetpack was created by Brazilian WordPress developer Valerio Souza. It works seamlessly with the sharing module’s drag-and-drop configuration and uses the same design style as the other buttons. 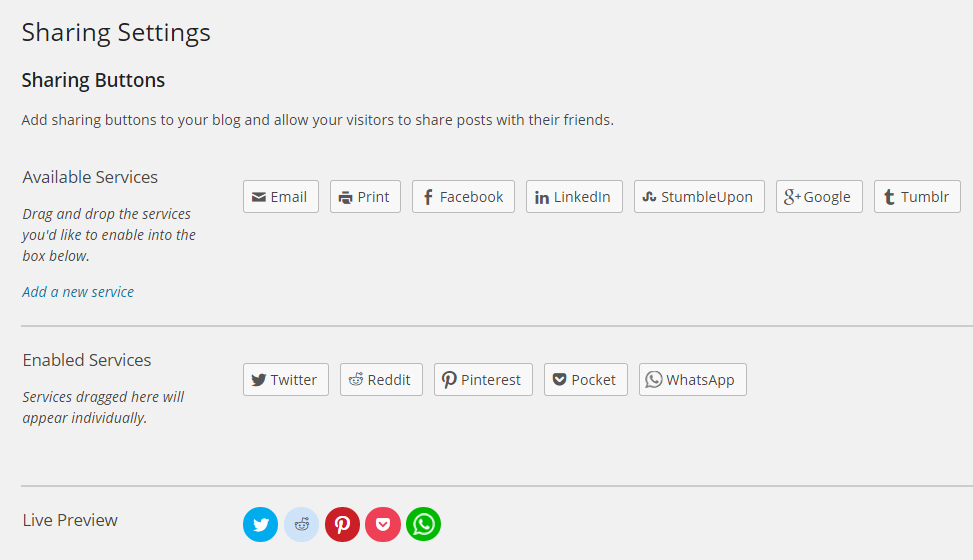 After testing the plugin I discovered that the WhatsApp sharing button is intuitively hidden on the desktop version. Users will only see it if viewing a post from a mobile device, including smartphones and tablets. If you don’t see the button on mobile, make sure you meet the plugin’s minimum requirements: PHP 5.4+, MySQL 5.5+, WordPress 3.8+.

I’d like to see Jetpack add more sharing options for messaging apps. These social networks generally provide a more personal avenue for sharing a post, as opposed to publicly broadcasting to Twitter or Facebook. As an enthusiastic Telegram user, I’d love to see a similar plugin created for it.

A service with 700+ million active users is one social network you can no longer afford to ignore when it comes to sharing, especially if your blog enjoys a global audience. WhatsApp users’ geographical distribution is heaviest in India, Brazil, and Mexico, three emerging markets where smartphones usage is just now starting to explode. Installing the WhatsApp Sharing Button for Jetpack plugin may help your posts reach more readers in other parts of the world.