When the first BuddyPress beta arrived on the scene in 2008, there was nothing like it for WordPress. Facebook was still relatively new to the public and Twitter was just a couple years old. A plugin that transformed WordPress into a social network was an exciting prospect.

Unlike BuddyPress, which for the most part has improved slowly through community contribution, the PeepSo project is run more like a startup and is 100% self-funded. It is currently being marketed as an alternative to BuddyPress.

You've been asking for it. An alternative to BuddyPress. It's here! http://t.co/Uxd7AQcnCL #wordpress #buddypress pic.twitter.com/yYRI5pnXJR

The PeepSo plugin, available on WordPress.org, offers many of the same core features as BuddyPress but was launched with a collection of commercial add-on plugins for things like photos, videos, moods, tagging, locations, friends, and messages. A groups feature is noticeably absent from Peepso but planned for version 1.4. Current extensions seem to focus primarily on adding multimedia features to the activity stream. 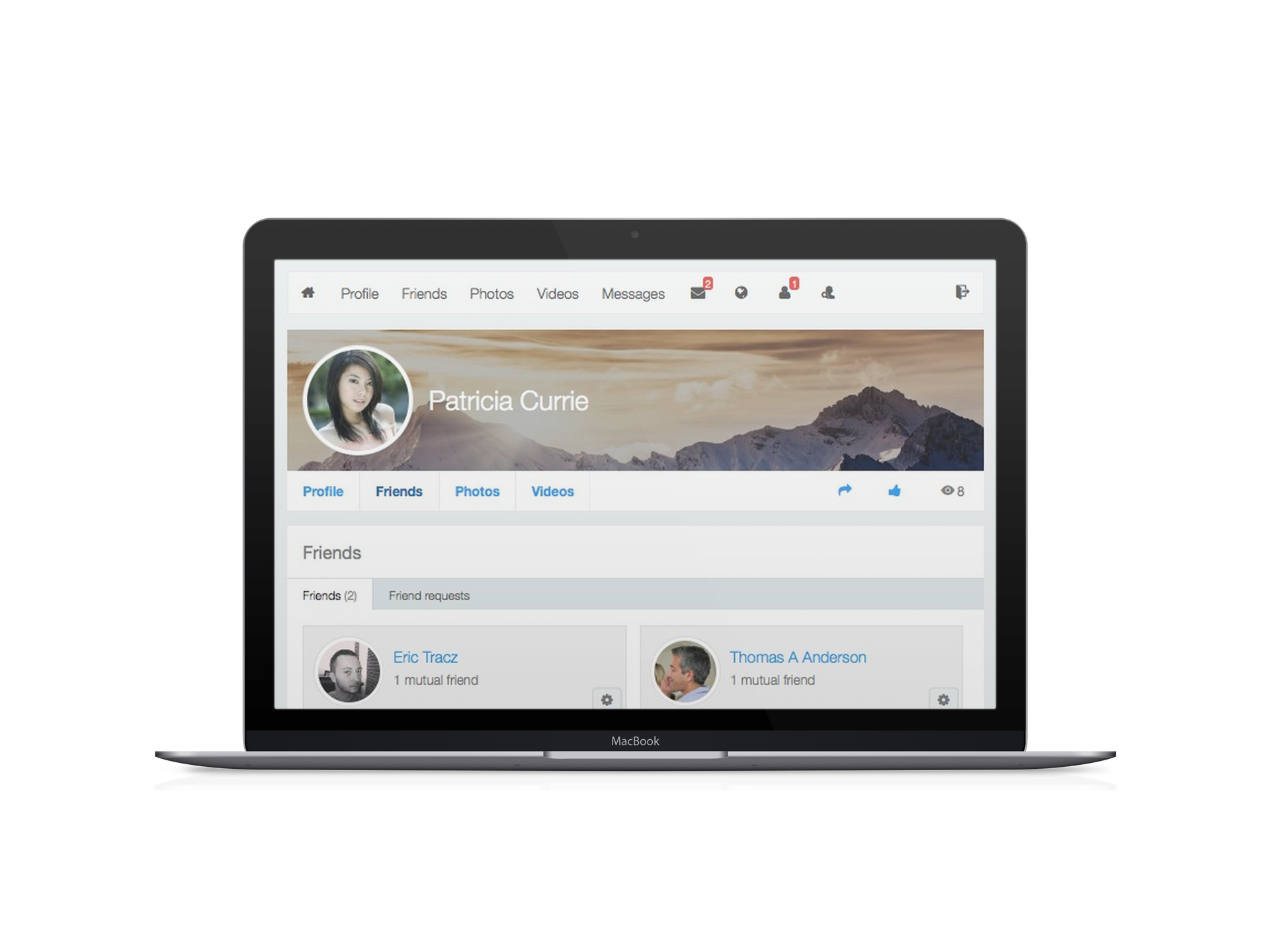 Who is Behind PeepSo?

PeepSo was founded by Merav Knafo, owner of JomSocial, Joomla’s most popular social networking solution. Knafo, a veteran in the Joomla community, brings a unique perspective on the differences between the Joomla and WordPress markets for social networking software. As Joomla captures roughly 7% to WordPress’ 60% of the CMS market share, Knafo saw an opportunity to break into a larger market.

“As a business owner, it’s my job to pay attention to trends in my industry and unfortunately, Joomla has been on a downward trend since 2009,” Knafo said.

Knafo hopes to parlay her experience with JomSocial into her new venture with PeepSo.

“We stuck with Joomla for almost 10 years now and took JomSocial to a whole new level when we took over in 2013,” she said. “I am very proud of what we’ve accomplished with JomSocial and super excited to implement all this experience and knowledge into PeepSo.”

How PeepSo Got Started

The idea for PeepSo was incubating for a few years before Knafo had the opportunity to execute it.

“Brad Bihun used to be a customer of ours at iJoomla, and then he switched to WordPress,” she said. “We happened to live very close to each other in Encinitas, California, so we met up and suggested I’d created ‘JomSocial for WordPress.’

“At that time, I didn’t even own JomSocial and I was too busy with all the iJoomla products. Then a couple of years later, I acquired JomSocial and he approached me again, but once again, I was just too busy. A year and a half into JomSocial acquisition, when things got a lot smoother, I finally said yes, he introduced me to the SpectrOM team, and we got started.”

Although the plugin appears to be marketed as a direct competitor to BuddyPress, Knafo said that it wasn’t created specifically for that purpose but rather to give WordPress users a more robust array of options for building networks.

“Obviously we felt there was a need for another product as an alternative to BuddyPress,” she said. “Leaving users with just one option is rarely a good idea, people like options.

“We don’t necessarily plan to take on BuddyPress, we just want to offer those who want an alternative, a product that is of high quality and that is being continuously developed. Ultimately, people will choose the solution that serves them best. We are just getting started, but we have big plans and an excellent track record doing this successfully with Joomla.”

The Differences Between PeepSo and BuddyPress

I asked Knafo what her team perceives to be the most notable differences between PeepSo and its more established competitor, based on what they found to be lacking in BuddyPress.

“I’d say the look and feel is a lot more modern in PeepSo right off the bat with no special themes needed,” she said. “The features are more up-to-date with the latest and greatest features of big social networks, such as Facebook – from cover photos to ‘likes’ and so on.”

BuddyPress core developers have opted to leave the aforementioned features to separate third-party plugins as opposed to packing them into core. With certain features, i.e. photos and videos, PeepSo does the same, except the add-ons are supported by PeepSo core developers.

“PeepSo is lightweight and allows you to only add features that you need, to keep it lightweight,” Knafo said. “PeepSo’s code is so beautiful it made our developers shed tears of joy when they first saw it – that said, I never looked at BuddyPress’s code, nor would I be able to tell whether it’s beautiful or not.”

In terms of code differences, PeepSo’s development team cited what they believe to be a few major differences between their codebase and BuddyPress:

Where is PeepSo Headed?

The PeepSo development team, guided by lead architect Dave Jesch of SpectrOM, has an aggressive roadmap for improving the plugin’s core and adding more features via commercial plugins.

“Our main goal is to add more plugins to PeepSo, you can see our road map here. We’ll start with a chat plugin, custom profile fields and then groups, events, pages and so forth,” Knafo said. The team also hopes to partner with other developers who want to create PeepSo plugins.

I asked her if the team plans to create a hosted PeepSo platform for community managers. Knafo said it isn’t totally out of the question but isn’t high on the priority list at the moment.

“We tried to do this with JomSocial but we had a hard time finding the right hosting solution for it,” she said. “That said, we are open to the idea, a bit down the road.”

PeepSo is just getting started and has not yet attracted many customers. However, Knafo’s experience of successfully running an open source project for the past 10 years has given her the determination to break into a new and unfamiliar market.

“The sales have been as can be expected this early after the initial release, not too shabby to start with but we expect whole lot more sales as the WordPress users become aware of PeepSo, download the free version and give it a try,” she said.

“We’re here for the long haul and we take no shortcuts in doing this right. We know it’s a huge undertaking; there is so much more to do. I am confident that investing in WordPress was the right move, I’ve been very pleased by the feedback and the community. My hope is that WordPress developers will join us and create awesome plugins to take PeepSo to the next level.”